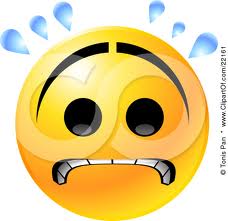 She was fourteen. She was no more a kid. She understood things…

The walls of their two roomed squalid house were too thin to mask the muffled groans and moans that pervaded like a sick odor from the next room.

She wept … more with disgust then with sorrow.

The disgust more for the life they led than for her mother, in spite of what she did.

Yes, she knew what her mother was doing. She was just trying to survive. And probably save a life for her.

But she was sick of sharing her mother’s fears, insecurities. She was tired of hiding and staying away from the predators during the evening and the accusing eyes of the neighbors during the day.

She longed to be them- the pretty girls with their fancy cars, expensive perfumes and probably bedrooms that allowed them to sleep peacefully at night. So self assured, so very beautiful- their arrogance spilling over everywhere. She dreamed that she would have that life one day. This was the only dream that she shared with her mother and this was the only dream that her mother had- that she have the life she desires so much.

As she lay still, tired from her silent weeping, she vowed, tomorrow will be a better day.  As she drifted into a dreamless sleep, she promised herself that she would do everything it took to have that life, one day- of fancy cars, expensive perfumes, and bedrooms that let her sleep peacefully. Not that they mattered to her immensely, but what mattered was what they symbolized.

And dreams do come true. They mostly do, but by the time they come true, things have changed, or maybe some things never change even when the dreams come true…

She curled up in disgust underneath the sheets. She was forty but she realized she never did understand many things -about life, men and the society.

Things have changed quite a bit. Mother was no more, but she had a husband who shared none of her dreams or feelings. Her fancy car was the envy of the town. Expensive perfumes filled her dresser.

The only thing that did not change was that she still could not sleep peacefully.

The moans from the other room, the other woman, still pervaded like a sick odor and filled her with disgust, but at her existence.

What had ever happened to the self assured smile and the arrogance that threatened to spill over everywhere? Were they just a facade of the truth that she was hiding from?

A truth that said that they were doomed to a life in disturbia?