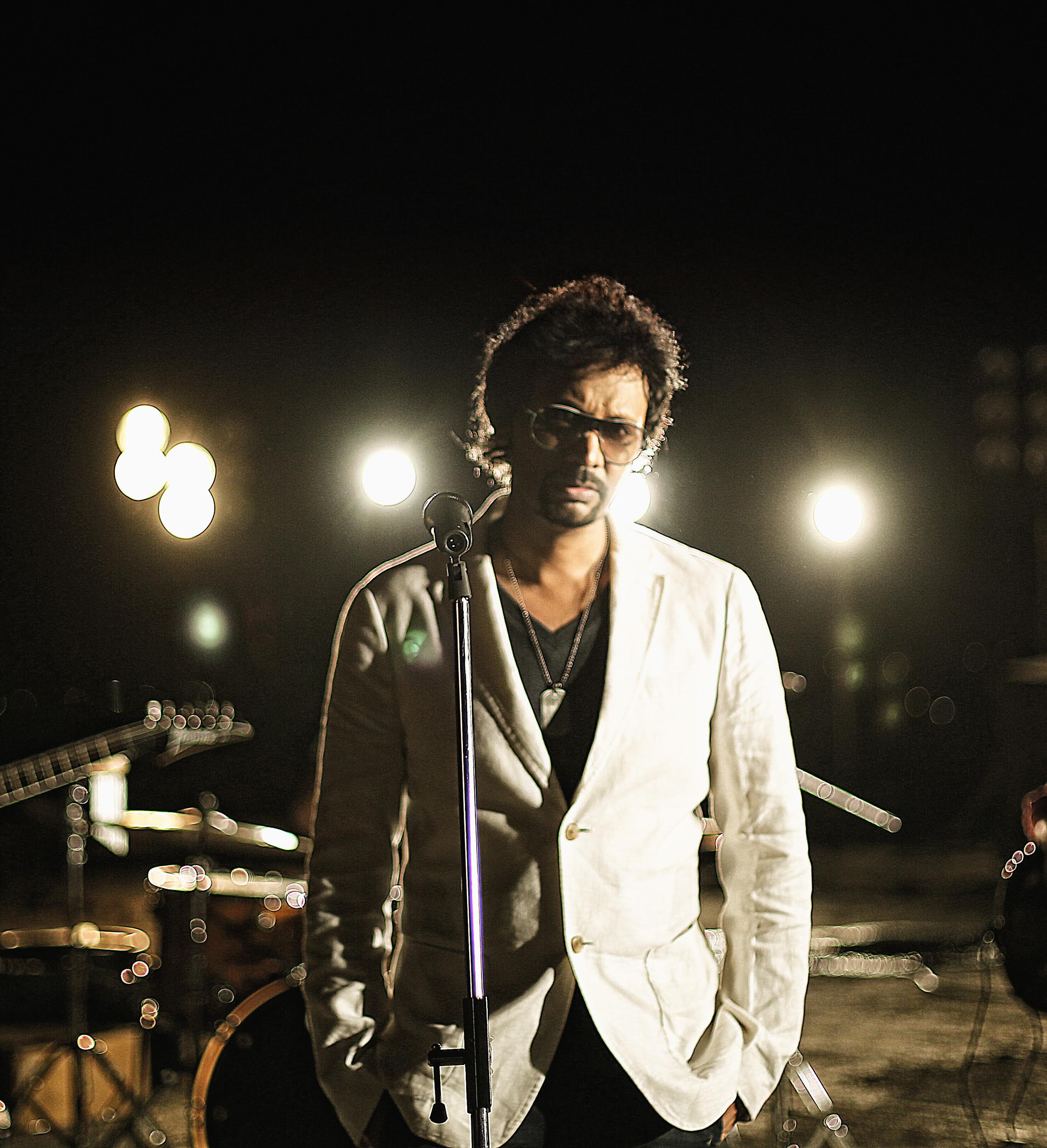 Music Companies Take Away Rights Of Your Song: Ssameer

For the Youtube generation, Ssameer would not be a new name. He is one of the more successful musicians when it comes to creating cover versions of hit Bollywood tracks. A testimonial to that is over a million views on his version of ‘Main Tenu Samjhawan’. And this he does in between creating original tracks, which he has decided to release online through platforms like Youtube rather than going to music labels.

We had a chat with him to know more. Here’s an excerpt

You have consistently been doing cover versions of songs on your Youtube channel and the viewership has been rather impressive. Does that boost your confidence when it comes to creating original tracks?

First of all, I would like to say that I primarily like to do original songs. I love singing my own songs more than covers. I do covers in between, as it is the demand from my listeners. Talking about boosting my confidence, my most appreciated song happens to be one of my originals “Soniye (Na Jaavin Kadi Duur)

Aspiring singers across the country want to work out cover versions of their favourite songs. What do you think they should keep in mind while doing so?

The most important thing I feel while doing covers is that one should give their own style while singing or performing a cover. The cover version performed should have a unique thing about it, be it using alternate chords or changing a bit of melody or changing the beat or maybe even changing the time signature.

Which one is your favourite among your own covers?

My favourite cover happens to be Pehla Nasha. I have not yet released this but would be releasing it soon. From the ones that I have already released is “Main Tenu Samjhawan”. This is an acoustic version with my band Qasbah. I really like the guitar parts played by Roshan and Raj and I also like Shubhi’s unique style of playing drums with brushes instead of using sticks.

Covers apart, you have also done a few originals, which you are putting directly on YouTube. Is this how you see independent music progressing in the country?

I personally believe in my music and I like to release my songs on my own channel. I also have got my distribution network which puts my songs and videos on different digital platforms too.

It’s better than waiting for ages for a music label to launch your song. The worst part about launching a song from any popular label is that they also take away your musical rights of the song and also they don’t give any kind of royalties.

Years back you had released an audio CD called Halka Halka, which featured a beautiful rendition of the Sufi song Yeh Jo Halka Halka Suroor Hai. Tell us about fusing Sufi and contemporary.

(Laughs) That’s an old story… rather a very old story. I still think I was very much ahead of time. What I tried to do 10 years back, people are doing now. Going back to your previous question… if your music is in pace with what is going in the industry, it becomes commercial music but if you are not following the trend, it’s an independent music. So I feel that there is nothing called independent music. Music is Music and so be it. I would say just believe in your music and the same style becomes commercial one day.

What is your next song going to be?

The next song that I am releasing is “Mere Rashke Qamar”. It’s a cover version of an old Sufi song originally performed by Nusrat Saab. But this one a very different take on what we are listening to these days by most of the artist. The teaser is released and it’s already getting a very good response. Cross my fingers and hope to see a good response from the main video too. 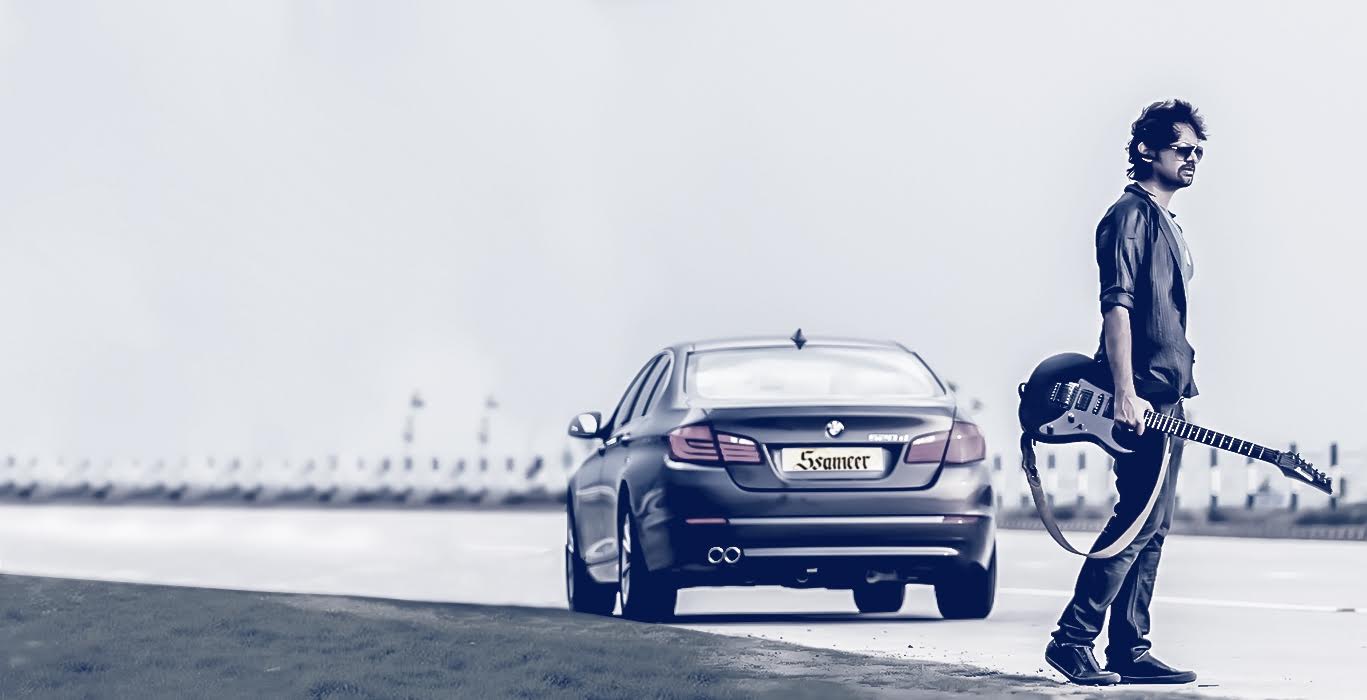 What about the movies? Do you intend work try your music in Bollywood? Also, how different is the music scene in Delhi from Mumbai?

Yes, I do intend to work in Bollywood movies. I have already composed and recorded more than 50 songs. I plan to take these to producers; let’s see where life takes me. Considering independent music scene, I would say Delhi is a pretty decent place but when it comes to Bollywood, of course, Mumbai is the hub coz all the good movies are produced in Mumbai.

While you are based out of Delhi, we believe you have an Assam connection. Would you like to tell us more about that? Any words of advice for singing aspirants from the state?

I was born in Assam at a place called “Panitola” it’s a small town near “Dibrugarh” I have seen a lot of people from Assam give up the language and start singing in Hindi as they feel it’s more commercial and can be understood by masses. I feel music is a universal language and if you like to sing in your own mother tongue, go ahead don’t change the language of your song just to get more views.

A ‘word of advice’…  it takes time to get recognized so be consistent with the kind of music you are doing. You will certainly reach where you want to go.

The Sunshine Society – A Window to achieve dreams