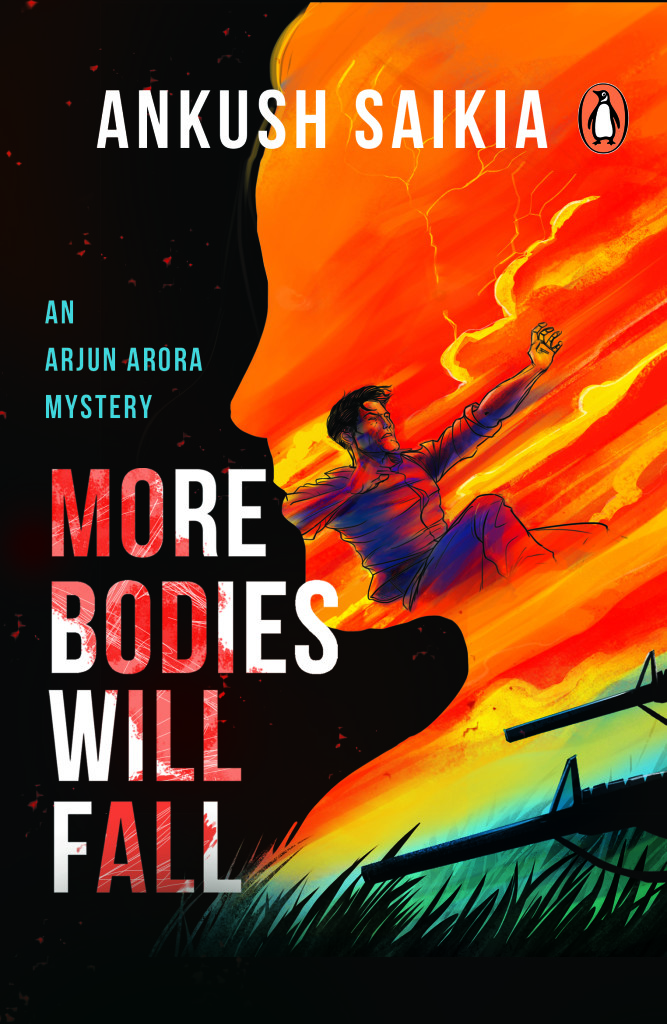 When a crime happens, the police goes with the standard procedure and try to solve the mystery. In a crime detective thriller, the author use his wild imagination and solves the crime with his storytelling capacities. A crime detective thriller takes us to places we have never been to. Ankush Saikia is one such writer who presents his stories with maximum drama and vivid details. Ankush Saikia is coming up with his book “More Bodies will fall“, which is his 7th published book and 3rd in the Arjun Arora series. The earlier Arjun Arora books “Dead Meat“ and “Remember Death” were widely appreciated.

I have an idea or two for another Shillong book, but it might be a while before I write that. I’m working at present on a book set in and around Tezpur, where I was born, and Tezpur is still a small town in many ways.

Not consciously, no. I was looking for a character of that type, and so Arjun Arora must have come together in my mind. Actually, Arora’s slightly boorish friend Bunty Chawla was the main character when I started writing the first book, Dead Meat, but then I realised that a troubled loner like Arora suited the dark tone of the book better than someone like Bunty with his jovial manner and large family. So Bunty became a sort of counterpoint to the brooding Arora.

Thank you! I actually had a plan for a trilogy when I started writing Red River, Blue Hills, but instead I wrote three Arjun Arora books after that one. It was my second published novel (after Jet City Woman), and I think some of the technical flaws or overwriting in the book actually make it more interesting in its own way. Who knows, I might write a sequel to it sometime, but I guess I’ll need to make a trip into Myanmar before that.

More Bodies Will Fall is set in Delhi and parts of the North East (Shillong, Nagaland, Manipur), while Red River, Blue Hills is also set in Delhi and parts of the North East (Shillong, Assam, Arunachal Pradesh); both books also have a Delhi-based male protagonist who grew up in the North East. But that is where the similarities end. Red River was only the third novel I’d written and I think the inexperience shows in places (even though the story itself might have been interesting), while the Arunachal part in the book was loosely based on a trip to Namdapha park many years ago and not on any actual research. More Bodies Will Fall is a detective novel, the third in a series (and the 8th novel I’ve written, and 7th published book), and more technically proficient, and for the parts set in Nagaland and Manipur I went there and spent time for the research so it’s more vivid and realistic in one way. It is about the murder of a girl from the North East in Delhi, and how Detective Arjun Arora uses his knowledge of, and contacts in, the North East to solve the murder.

I think a producer would be able to answer that better. There does seem to be more interest in crime/noir stories. In fact, there always has been a Crime & Detective magazine sort of niche for crime stories in India. Maybe they just need to be told/produced/directed better.

The Kokrajhar incident was quite confusing in that there are still no definite answers as to why it took place. With most other incidents, a more detailed look at the story once the initial reports are out does provide a richer, more nuanced understanding of events, especially in a country as complicated as India.

As mentioned in the first answer, I’m working on a novel – structured as a real-life narrative – set in and around Tezpur, or set in Sonitpur district of Assam to be more precise. It’s something I’ve been researching for years, starting to write and then abandoning several attempts, and I’ve finally got the hang of the story I believe. It involves family history, childhood memories, the larger history of the area (including the Kameng region of Arunachal), as well as insurgency, the politics of deforestation, and the plight of wildlife. It’s my most ambitious work till date.

To write, I only use Microsoft Word on my laptop, that’s all.