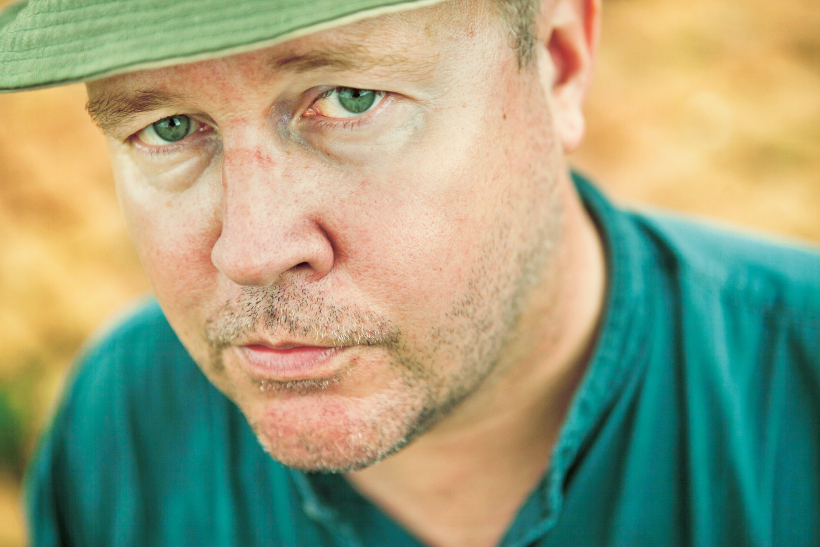 In a conversation with extremely witty and masterful Zac O’yeah we try to know what takes to write one of India’s favourite thriller novel series and much more… including illegal activities he has been a part of. Excerpts:

Given a choice, what is the ideal question you would like to answer in an interview?

Hmm. Not to put words into your mouth. But why don’t we literary geniuses get the recognition we deserve?

What took it so long for the magnanimity of the Kempe Gowda Bus Stand (Majestic) to be put into the backdrop of a detective novel? How difficult was it was for you to structure the story? What was your approach during story development?

I think on some level “Mr. Majestic!” started cooking in my mind already more than twenty years ago, when I stayed in a hotel there. The place stuck in my mind so strongly that wherever I went in the world I would always think to myself, when I felt bored with any place, be it Los Angeles or Shanghai, I’d think: “I wish I were in Majestic.” 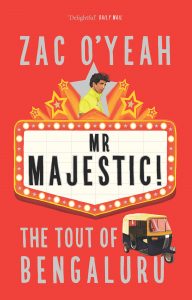 My first “Mr. Majestic!” novel took four years to write. The reason why it took so many years had to do with the fact that I didn’t want it to seem like a western style detective story just using an Indian location, but I had this idea that I wanted to write something that would seem almost true – although the story is of course completely made up – and so I set my targets high. I thought if I write a detective novel set in India it can only be a relevant book if an Indian reader, like my wife who is an Indian writer, can read it and nod in recognition and think that this kind of plot could only happen here. Therefore the Hari Majestic kind of private eye could only come out of the Majestic area. And if you read the novels you notice that almost all the important characters are Indian, very few are westerners – and they are not the heroes of the story, rather the opposite…

As for my work process, I walk about a lot, that’s the best way to experience any city. Try to lose my way in all the small alleys in order to discover something new. To write a detective novel like “Mr Majestic” or “Hari, a Hero for Hire” one also needs to spend a lot of time in seedy bars, imbibing the ambiance. So much of the research budget went into that. When you spend enough time in any given place, you start to experience its texture in a very tangible way and I hope that with my novels I’ve captured the pace and the rhythms of Bengaluru, and some of the characteristics that make the city unique.

Would you like to give a teaser to our readers about your next Hari Majestic thriller?

A third book about the detective Hari Majestic is indeed in the works, it might be published in 2017 if all goes well, and in it Hari will go travelling. But before that and during the current year, in 2016, I’ve been told that there’s going to be a movie version made of “Mr. Majestic”, the first novel about Hari.

You are a traveller. How much does it help in writing crime fiction?

To read a thriller set in a city is a fun way of getting to know something about it. A good detective novel – even though it may narrate scary stuff – can make one want to go and visit a particular place much more than reading a dull travel guide. For example, whenever I travel to a new country, be it Greece or China, Australia or wherever, the first thing I do rather than buying a travel guidebook is to find out if there are any thrillers set in that place and read a bunch of them. 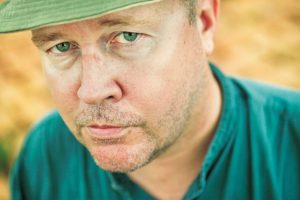 You did an interesting series of essays The Criminal Mind in Mint Lounge (and live mint) a few years ago. Any plans to compile it into a book?

I’ve given it some thought, but it really depends on if there’s a publisher who wants to print it – of course it would be an enlarged version of the six years’ worth of columns, maybe a handbook to crime fiction. More like a book about the genre, if I do it.

What do you think is Indian crime writing going to become in the next 2 years?

A couple of years ago there weren’t that many books released at all, which is the biggest difference. Earlier the genre was not so central to publishers or writers for that matter. It wasn’t given the respect that it does get abroad.  In the 1990s, Ashok Banker was one of the early pioneers with books like “The Iron Bra” that has a fabulous heroine, and around the same time Amitav Ghosh’s “The Calcutta Chromosome” showed how advanced the mystery genre could become. Nowadays more and more writers are trying to create detective novels and thrillers that are thoroughly rooted in local realities, and so this decade that we’re living in is perhaps the most exciting when it comes to Indian crime fiction.

You also have a list of travelogues to your credit. People from the earlier generation loved travelogues. We don’t see the same interest for travelogues in today’s generation.

I beg to differ. Couple of decades back you’d find very few Indian travelogues in the shops: perhaps there’d be a handful written by some foreigners who rarely got the details right and made a reader cringe because of their poor analytical skills. But today lots of Indian travellers are putting together books about their adventures.

You have done quite a few translations to Swedish. What motivates you for translation work?

I only do translations once in awhile and mostly for the fun of it. Translating is an interesting exercise that hones one’s linguistic skills, so worth doing more for the experience than the possible honour or dishonour, and cash, it will give you.

You are writer of crime thrillers, have you ever done anything illegal? If yes, tell us about the most interesting illegal thing you have done.

Actually, I should point out that my thrillers aren’t autobiographies, so most of what is described in them is purely fictional. I prefer it that way. But I have done some dodgy things. When I went to Egypt I travelled in an area which was prohibited for foreigners – but it was a historically very interesting route, so I decided to take a chance and just go. I managed to get in, but unfortunately as I was leaving the area there was a desert check post where I got stopped by the military, this was in 2011 during the revolution in Egypt, and my driver was nearly arrested and shot, but then we managed to bribe our way through. In hindsight, it was a stupid idea and I probably wouldn’t do it again. Or maybe I would.

What is the most scandalous thing you have heard about yourself?

Some literary critics don’t like my books 100% and I find that terribly scandalous considering how good my books are.

We’re planning to release an exercise plot for the future crime writers. What will be your advice to them?

Read a lot before you open a blank document on your laptop and then write something that is significantly different from what you’ve read. Think about what you’d like to write and identify an interesting idea to pursue, before you start.  Be prepared for hard work before you reap the rewards. When you show what you’ve written to your friends, tell them not to just praise you but also criticise all the bad things: because that will help you improve the writing and remove stuff that might embarrass you later. Take all editorial suggestions very seriously.

Secondly, it is good to have the right software. Some writers I know, such as Amitav Ghosh, still write their books by hand, with a pen, on paper. That’s an amazing way of doing it. But I myself, and other writers like Vikram Chandra for example, are more into making the best use of the computer. I find that a writing software such as yWriter (which can be downloaded for free from spacejock.com, the website of the American novelist Simon Haynes who created it) is helpful in organizing ideas and keeping track of the structure of the novel, the plot and characters. After all, novels are very complex things and it is easy to loose one’s track.