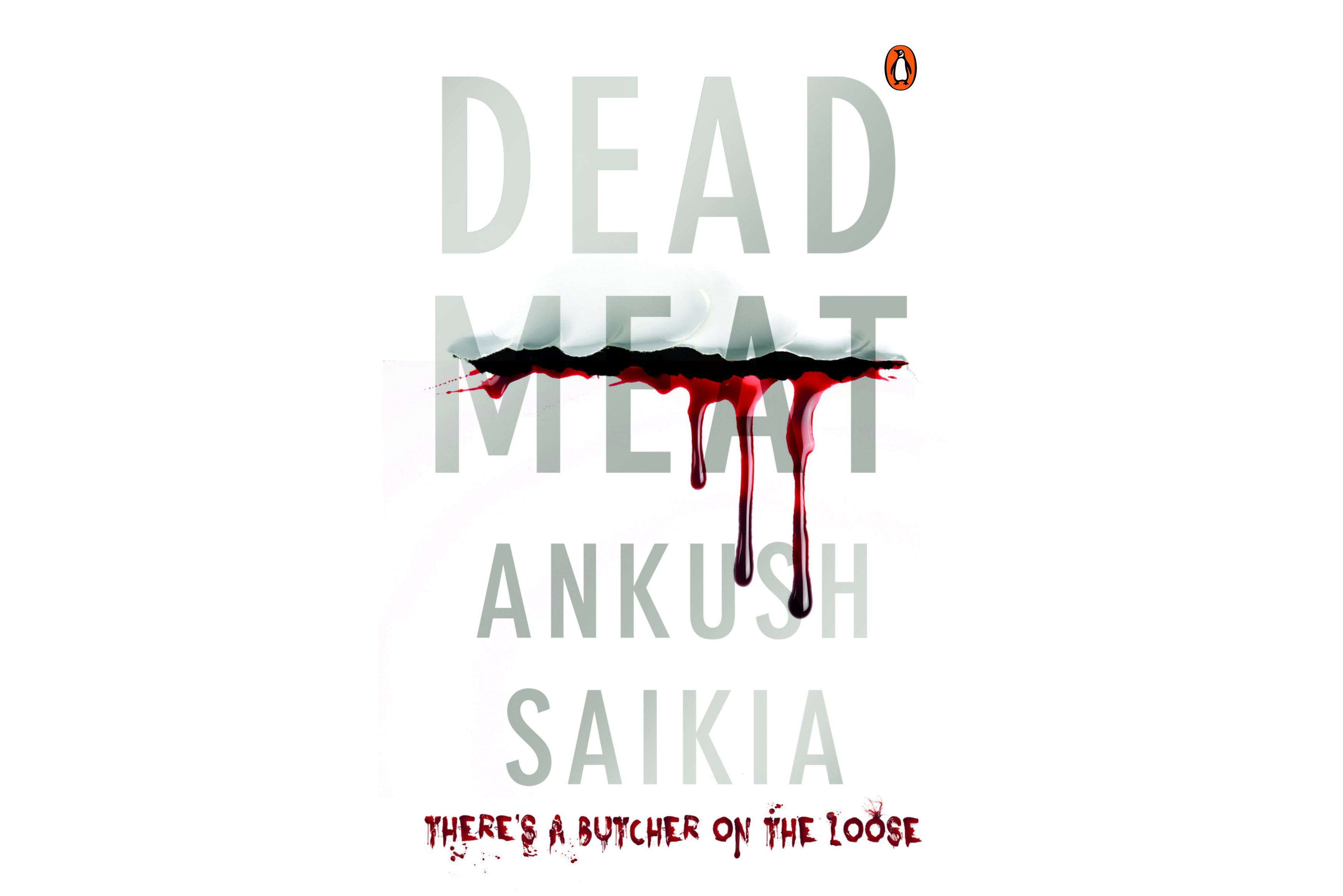 I am always a fan of thriller novels and after reading Ankush Saikia’s last novel, The Girl from Nongrim Hills, I was eagerly waiting for his next novel since he made it clear that his next novel would also would be in a similar genre in our last interview. The first thing that made me get the book was the  enticing title Dead Meat and when I saw  the cover, I simply could not resist asking for an early copy.It has a tempting cover with an enticing subtitle, ‘There’s a butcher on the loose.‘ Arjun Arora is a private detective in the underbelly of Delhi and has a troubled past. The author tries to give an idea of Arjun Arora’s personality by telling us about an instance from his childhood when his father was posted in Dimapur, Nagaland and as he joins a new school, he gets into a fight with the local children as he gets bullied due to his mixed parentage of Nepali and Punjabi. He has a drinking problem with a troubled marriage and a frightening past as well. He was in the army that made him tough but after that  he was working in a British security agency in Middle East and was kidnapped by terrorists there and was almost about to die due to which he has hallucinations. The author builds an interesting character of the protagonist.

Arjun Arora is called in to investigate a case of a missing accountant of a major infrastructure company which is into some of the biggest infrastructural development projects. More importantly, he is assigned to get the missing 10 crore rupees that was with the accountant the day he went missing. At the same time, a brutal murder happens in the city and it is cut into pieces beyond recognition and burned into the tandoor oven of a restaurant. Arjun soon figures it out that the body belonged to non other than the accountant he was investigating upon. He soon finds himself in a murky situation and also that the accountant was into betting in T20 matches.

Reading the book, anyone who knows a little bit about Delhi will relate to it. The terrible heat combined with dust and people who lead a very outrageous lifestyle. Having mostly grown up in the scenic Northeast, Arjun Arora is very cynical about Delhi and often wonders about why people live in such a place. Many times the reader feels that certain details were added unnecessarily but the characterization of Arjun Arora and his Delhi-based Punjabi businessman friend with lots of links who is typically named Bunty, the novel becomes interesting.

You can read more about Ankush Saikia here.