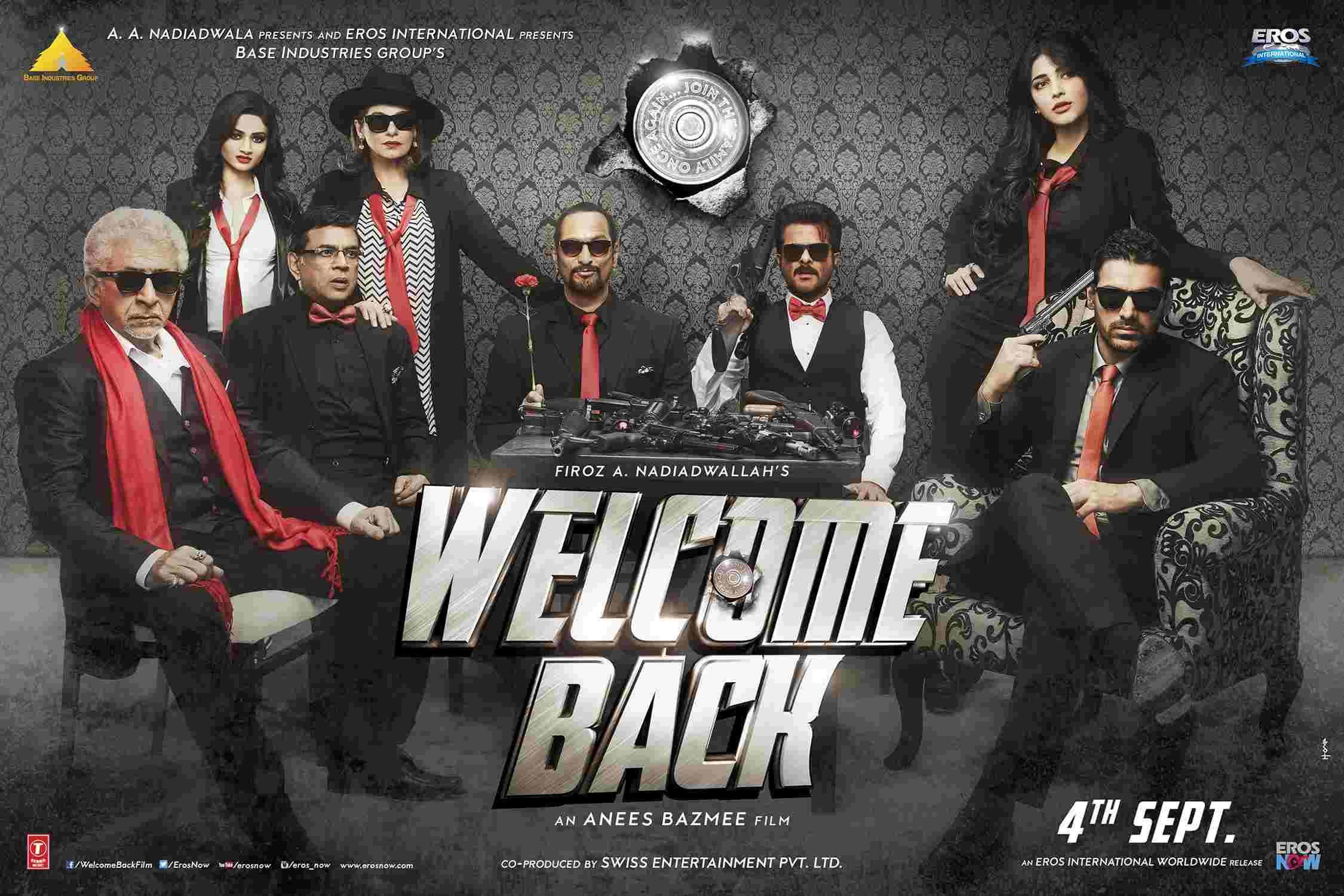 An absolute silly arrangement in the script enabling the producers to take this sequel ahead from where the first film ended drew uproarious laughter. Ironically, the laughter had more to do with the recent in the news occurrences  than the joke itself.  Doctor Ghungroo discovers his wife has a son from a previous marriage, neither of which he was aware of. Isn’t possible that the writers would have known that the Indrani Mukerjea case would be hogging all headlines when the film is up for release.

There are many moments in the film that draw out laughs. Good thing is that most of these were completely intended. Credit goes to dialogue writers. A lot of it also goes to the superb pair of Nana Patekar and Anil Kapoor.  Without the pair and the dialogues the film would have hardly made a mark.

Welcome Back is a comeback vehicle of sorts. Anees Bazmee, Shiney Ahuja…  And the Aadesh Shrivastava. Aadesh did the background score for the film and without a doubt created the only bearable music in the film. The songs are horrendous with mind-numbing lyrics.

John Abraham and Shruti Haasan give company to the music directors in the poor-performers list. A rather long list, which include the VFX team too.

But most of the bad is overshadowed by the sparkling work of Nana and Anil who reprise their roles as Uday Shetty and Majnu bhai. The bhai-duo have now moved on from their bhai-Giri days and are ‘Izzatdaar’ hotel owners in Dubai. They are so ‘sharif’ that they even pay out ‘hafta’ to small time goons. Uday keeps his ‘control’ act while Majnu isn’t particularly happy about being the good guys.

Things are of course bound to change as Uday discovers that his father had father another daughter from another woman. A new sister to tend to, both Uday and Majnu are on the lookout for a suitable match. The stage is all set for chaos.

Welcome Back promises absolute stupidity and it delivers it to the T. Go watch it if you want two hours madness. Crazy, stupid laugh!