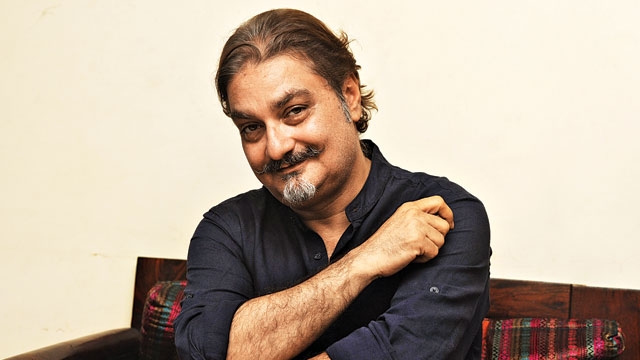 It has been little over ten years since Bheja Fry released and surprised audiences and industry observers with its success. Vinay Pathak suddenly found himself in limelight and for the next couple of years he `remained there. Before things started changing for reasons that were beyond his control.

We caught up with Vinay Pathak to know what exactly happened. Ironically, just before this interview, he met another journalist who asked him why he has not done a film in years. The fact is that Vinay had two releases last year – Gaur Hari Dastan and Island City – both highly successful in film festivals across the world. Vinay has consistently had at least one release every year and yet somehow the prominence just diminished.

Does that upset him? He admits it does. And he tells us exactly why. Here’s an excerpt from our chat.

That’s because media does not tell people about it…

Does it upset you?

It is somewhat upsetting that you put your hard work into something and it did not get viewed.  The same film had got the Best Film and Best Director award at Venice and the Best Actor award in Paris… And people in our country did not even know that such a film actually released!

You had hit stardom with Bheja Fry (2007). That was the time when there was a surge in the number of such films. Things, however, seems to have changed around 2010, when suddenly those films were not making it anymore…

I don’t think I can pinpoint any year as such. This has always been there. Big films do well. It is for the people who put money in filmmaking to realize if they want to make a Rs 200 crore business or make a film like Bheja Fry, which does a Rs 10 crore business. The fact is that everyone wishes for higher profits. The investment is what matters and suddenly they all want to invest in films that can get bigger profits.

Strangely, though you have had two releases a year, the buzz that those three years created for you never happened again.

Because Bheja Fry was a huge hit people used to encash on it at that time. And they did. Till 2010, Chalo Dilli came in 2011…

So the Bheja Fry success had worked…

Maybe in some ways. But for me, not many things changed. I still get drawn to content-driven films. Bheja Fry is an example. I produced Dasvidaniya and more recently Badlapur happened. Sriram (Raghavan) is a dear friend and every time he writes a script we read it together. Fortunately for me, those filmmakers are still around though there might not be as many films as such that are being made. But that’s ok.

Why did you not move to outright commercial features? Like your role in Rab Ne Bana Di Jodi.

Honestly speaking, I don’t know if I have the talent for that. I am not being modest.

What do you mean?

I have no idea. Rab Ne was a commercial film, but for me, it was a film that Adi (Aditya Chopra) and I were discussed while we were shooting Aaja Nachle, which he was producing. We had become friends and he told me that he was writing this film and wanted me to play a character because he wrote it keeping me in mind. For me the process of making the film, and working with a team which consisted of Shah Rukh and the lovely new girl Anushka Sharma was an amazing experience. I had a great time shooting. Adi also allowed me to play. But all films don’t allow the same leverage.

Did you not get any more such films?

Do you believe the industry lack creativity?

I am not an expert and I would not go to the extent of saying that. But I feel that our industry has a way of following the trends. So after Sholay was a superhit, there were many similar films made. We are no one to say it is wrong. People who want to make, will make such films and make money too. As an actor, I have to look at where I find my excitement as an actor.

So what is keeping you busy these days?

So many things! I am in the midst of a very hectic theater tour. Then there is a film I had done called Chidiya, which has been going to a lot of film festivals. Hopefully, it releases soon!

You just did an animation film as well, Hanuman Da Damdaar.

Yes, I had great fun. I also did Motu Patlu. Animation is an interesting medium, where the voice is the only thing that makes a character come alive. And it is different. A lot of times you put your voice not a scene which is already done. What they do is while you are giving your voice to a character they record your video and take your body language and expression, which is put into the character. The concentration and attention need to be on how well you animate yourself.