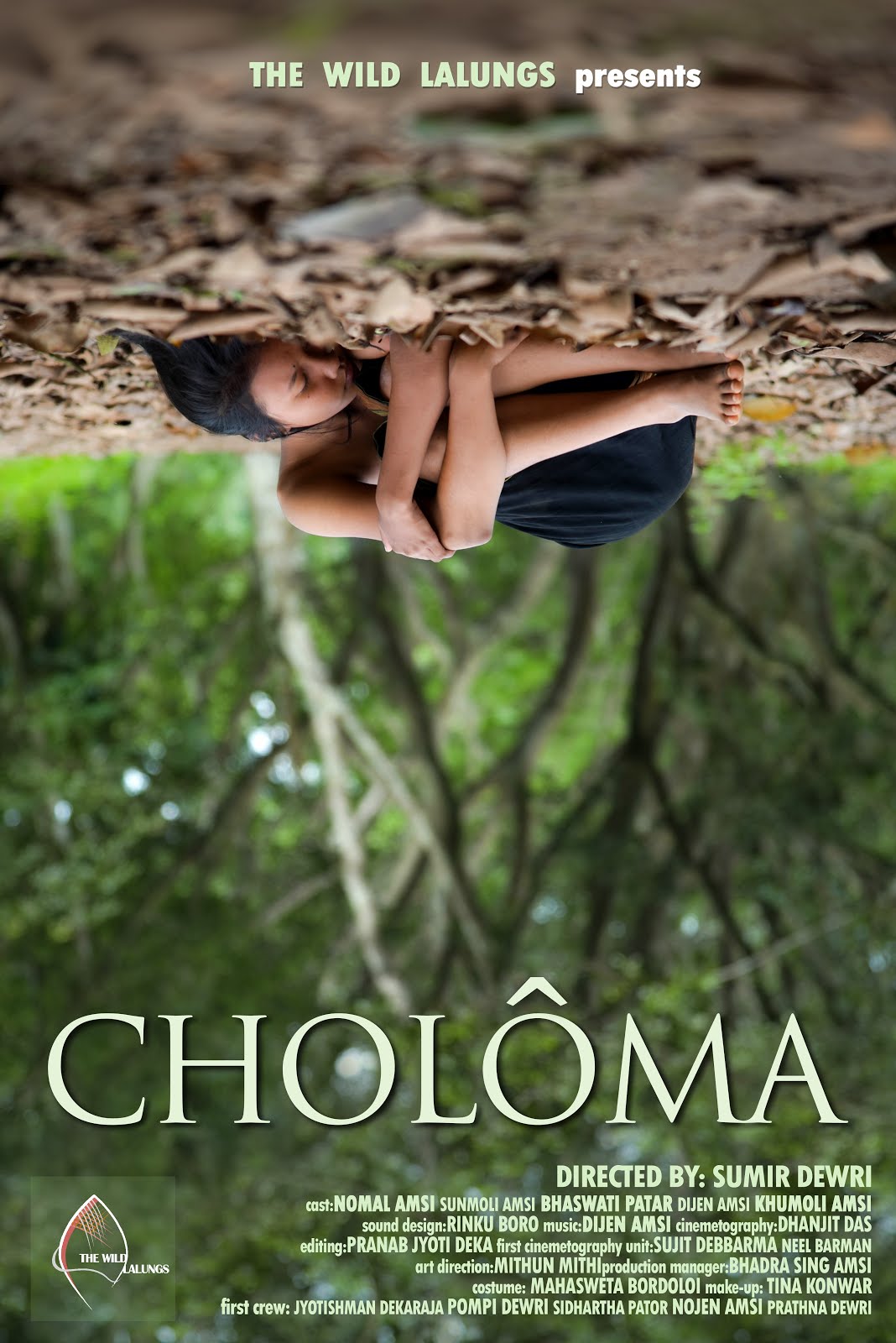 Choloma, the first ever film made in Tiwa language is scheduled to release soon. And the director Sumir Dewri recalls his journey of making the film. And if his essay is anything to go by, this is probably by far one of the most arduous filmmaking initiatives ever in Assam, or anywhere else. Read on.

The inspiration to make a film in Tiwa language came to me after I joined the Regional Government Film and Television Institute. There have not been much to talk about in terms of features or documentaries that showcased the culture of the Tiwa tribe. And that’s precisely where the journey of ‘The Wild Lalungs’ began.

When we decided to make our film the first thing we did was to start studying the surroundings of the Tiwa villages, understanding their lifestyle and daily lifestyle. The people in these villages are polite, loyal and most importantly have an absolute respect for nature. What we found lacking was anything in the semblance of decent connectivity with the rest of the state, and country. The roads were bad, telecommunication – which is right now seeing a massive boost across the country – is yet to make a presence felt here, electricity was out of question and worse still, medical facilities were abysmal. Yet these people never complain. Their respect for god and nature and their culture of respecting each other inspired us no end.

On day one of our recce, we started off on our bike from west Karbi Anglong and tried covering as much distance as we can before leaving our vehicle in the jungle to start our trek. We trekked for around 7 kilometres, passing through a few streams to reach the village called Balikhunji. Suddenly around afternoon, it started pouring, resulting in the streams turning almost into rivers! Sensing it would get difficult, we moved back as quickly as possible through the slippery hill to reach our bikes only to realise that our bike was nearly covered by leeches. On way back, we had to stop multiple times thanks to the water making its way into the engine of the bike. By 8pm, after pushing our punctured bike for quite some time, we realised we were actually stuck at an elephant corridor in the middle of the jungle!

Not losing courage, we moved on and managed to reach the Amcholong river. The connecting road was five-feet under water – something we could not have take our bike through. So we decided to leave behind and crossed over, soaked in water in October cold! That day we walked for over 25 kilometres before finally making it to a zone where telephones work! And that helped us get rescued.

And if you think that was the end of the adventure, it was only the start. The first day of our production schedule had a lot in store. After wading through the consistent rain we landed in Langardang at 5.15pm, still 12 kilometres away from our shoot locations. Considering the roads were slippery, we left our bikes and walked in the rain. After plenty falls and wounds, the severe damage to some our equipment – whiteboards, reflectors etc – we managed to reach our location. It took all sort of help from helmets to harnesses to head torch for us to not get killed in some accident.

The journey for the second schedule in Guwahati on another rainy day. It took around 6 hours to reach from Beltola to Jorabaat (something that should not take more than an hour) thanks to the rains and huge water flow downhill from Meghalaya. At 10.30 pm, for the safety of our only female member, we decided that half of the team should head to Jagiroad while the rest should stay back to fix the bike. We got lucky when rains subsided a bit and we managed to fix the bike by 2 am, to reach Jagiroad by 3 am!

If people ever talk about difficult shoots, I guess we should make it to the discussion. Each of our members walked at least 15 km every day; at times the distance went up to 35 km! That did not scare us from going where no one else has ever shot – locations that are almost scary. I guess it is being a team that kept us going, and the delight that all these hardships would result in our story making it to the silver screen…

We are a team that mostly consist of Assamese speaking people, and we do not know the Tiwa language. And the Tiwa people where we shot do not speak much of Assamese. We have endeavoured to show something beautiful and make a good ‘Tiwa’ film and I really hope we do justice to that.