One of the most common sights seen in the film industry back in the days of the silent era was the ‘cross-dressing man’. With time, cross dressing became quite a discreet affair, be it on television or in films. But these cross-dressing men have now returned to the limelight, this time on Indian television, in highly popular standup comedy shows and managed to grab quite a few eyeballs in the recent times. With the rising popularity of cross dressing characters like Gutthi, Palak and Dadi on Comedy Nights with Kapil, it seems like cross dressing is the new found ‘gimmick’ or the success mantra of comedy shows on Indian Television.

History bears abundant testimony of men dressing as women and playing female characters. That was an age when women were either not allowed or were themselves unwilling to come out of their homes and perform in front of the camera. Hence, men were forced to fill up the gaps by themselves donning the female attire. 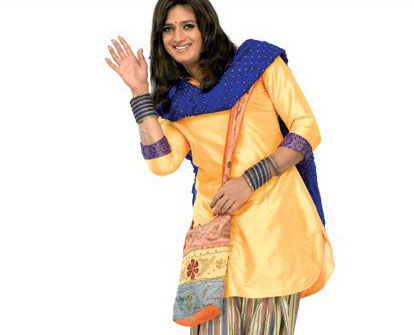 Over the years, throughout the 20th century – although such compulsions no longer drive their act – men have been seen to slip into the dresses of women, wear makeup and portray women- sometimes pretty and sometimes horrendous. Indian films too have had actors, some of the veteran ones that too, drape sarees and lehengas and portray some of the most memorable characters of all times. Shashi Kapoor in Shankar Dada, Shammi Kapoor in Bluffmaster, Kishore Kumar in Half Ticket, Amitabh Bachchan in Lawaaris, Rishi Kapoor in Rafoo Chakkar, Shah Rukh Khan in Duplicate, Kamal Hassan in Chachi 420, Aamir Khan in Baazi, Govinda in Anari, Aunty No.1andHadh Kar Di Apne and Riteish Deshmukh in Apna Sapna Money Moneyhave immortalized several memorable characters on the big screen throughout the hundred years of Indian Cinema. Some of those acts have worked wonders, while some have failed miserably. Most of them were meant to be for comic effects, and some were well contextualized, like in Chachi 420.

One important fact that goes along the instances of drag-acts in the history of Indian films is that these characters were important parts of the story and the cross dressing part was actually a necessary demand of the scripts. However, of late, in an age where female actors are available in abundance, the cross dressing Indian man has once again started to rule over the Indian television in female roles. And the TRP pullers of these shows are unquestionably the drag-acts.

“Cross-dressing is not a new phenomenon. It’s been going on for centuries.” Says Dale Bhagwagar, a Bollywood PR Guru from Mumbai. “But doing something similar on contemporary television is neither an act of devotion nor for disguise. It’s simply a case of bringing novelty through laughter, for TVT ratings and to catch attention of the public at large. Basically, it’s a publicity stunt! And it’s worked.” He adds.

Palak and Dulari from Comedy Nights With Kapil

Be it Krushna Abhishek, who has probably played more female characters than male in the long running Comedy Circus series on Sony TV, or the platoon of cross-dressers in the most watched Comedy Nights with Kapil on Colors TV, men are seen to be more and more comfortable fitting into the skin of a woman in recent times. There is no hesitation, neither the slightest inhibition nor the sign of discomfort or the fear of being tagged ‘unmanly’. Ali Asgar as the crazy old Dadi in Comedy Nights with Kapil, has gone so deep into the character that the audience has almost started forgetting that he is actually a man beneath. The character of ‘Gutthi’ on the same show, played by Sunil Grover has become so popular that on his exit from the show, the producers were forced to replace him with another similar cross-dressing character- Dulari played by Gaurav Gera. However, Grover’s Gutthi had created such a stir that Gera, who is otherwise known for his various iconic stints as cross-dressing characters like Mrs. Pammi Pyarelal, Malti Manohar Mishra, could not match up to Grover’s popularity, and was soon discontinued.

Interestingly, after exiting from Kapil’s show, Sunil Grover is now all set to launch his own comedy show titled ‘Mad in India’ on Star Plus; this time as a new cross-dressing character named ‘Chutki’.

The question that comes up is, what is it that is making these actors opt for such roles at such a rampant rate? One assumption can be made that these actors are definitely quite highly paid and are thus ready to shed all their ‘male inhibitions’ for the sake of good money and high TRPs. Kiku Sharda who plays the role of Palak (Gutthi’s sister) on Comedy Nights with Kapil has even landed up with an offer to play a similar role in Farah Khan’s next Bollywood venture- Happy New Year, because the director was so impressed by the actor! So, apparently, such roles are not only bringing these actors immense popularity but also helping in elevating their careers.

But again, why are male actors being chosen to play female characters? Are there not enough female actors good enough to play these roles? Or does portraying such characters of women become easier and more ‘sell-able’ by making men play those roles?

In the words of senior journalist and media observer S Ramachandran – “Of course there are females who can do comedy, but traditionally we have relied on fat women and jokes about their weight or dark women and jokes about their colour that can make the audience laugh. This is banana peel humour and people like Tun Tun and Manorama have been the real comediennes earlier. In a country like India Men like to watch humour on women and humour by women is not really appreciated.”

From what it seems, it becomes much easier to portray these characters as crazy and desperate women and also to make more fun out of the characters, if they are played by men instead of woman.  Indeed, a woman would be a lot more reluctant to act as unabashedly as these men do. On the other hand, when viewed entirely from a commercial point of view, cross dressing is something that turned out to amuse the audiences and the big laughs in turn gave a huge rise to the TRPs which is why the Indian man is now unhesitatingly wrapping up a saree and wearing lipstick and makeup- all for the sake of some comedy. As long as the money keeps coming in, and the audience keeps laughing, all is well!

A glimpse of men who did it… 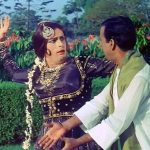 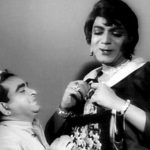 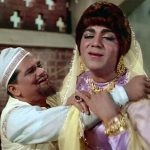 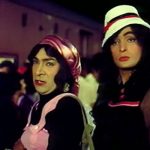 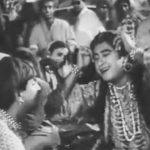 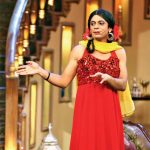 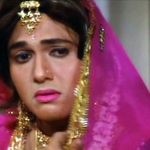 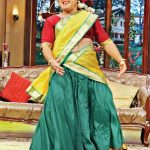 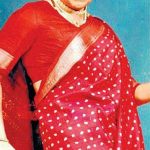 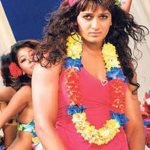 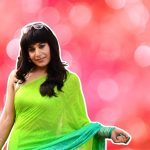 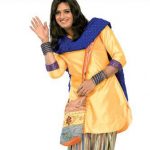 Feels fab to be a bikini girl: Evelyn Sharma