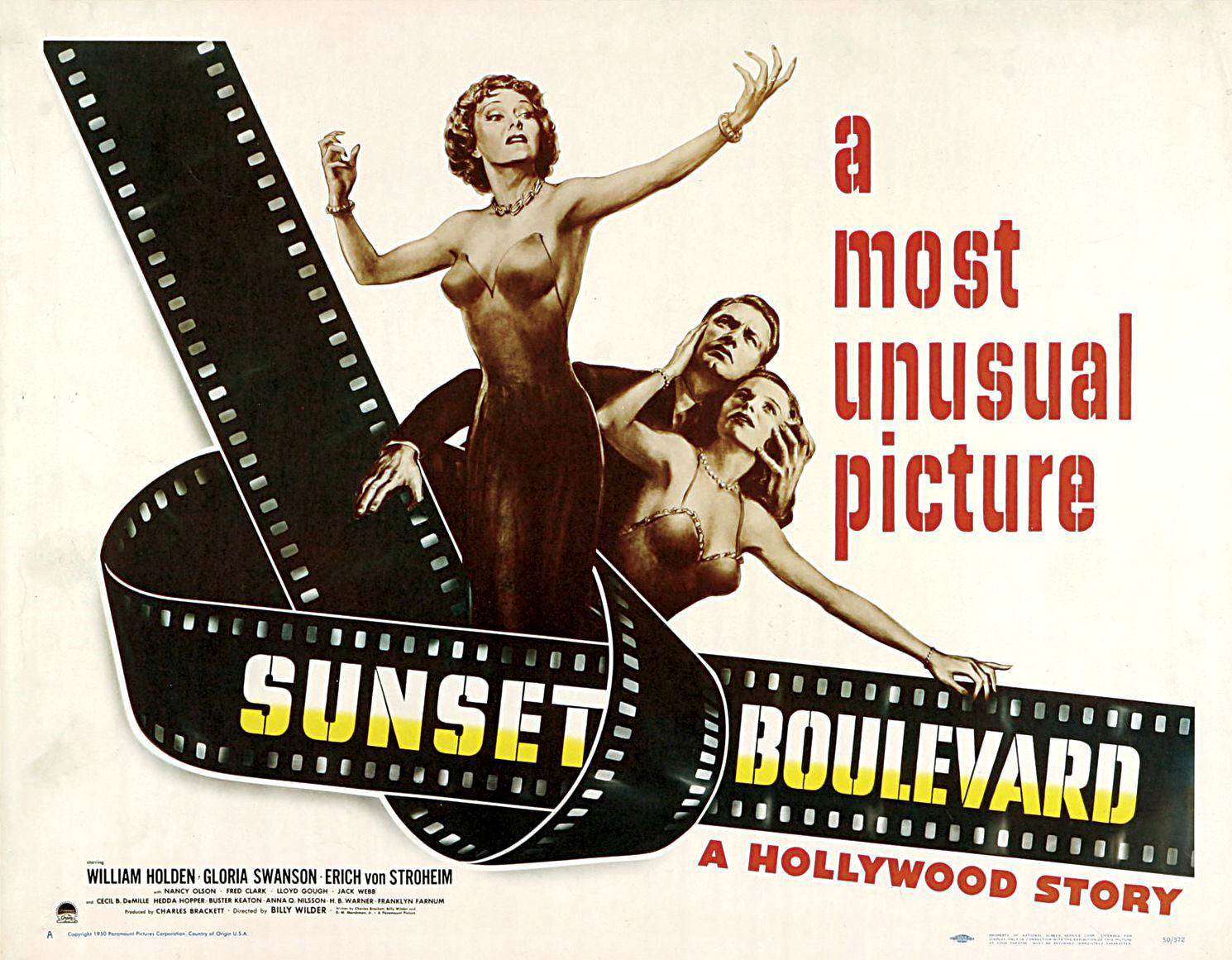 It may not be easy to be impressed by Sunset Boulevard. Like my wife pointed, it reminded her of Michael Hazanavicius’ The Artist (2011) – another black and white fare. But then, do not be mistaken. This could only be because Sunset Boulevard looks amazingly new a film. It had been shot that well.

Originally released in 1950, Sunset Boulevard is a mother of a story. Mother because it probably served, and continues to serve, as an inspiration to scores of stories since then. More importantly it deals with a theme which only gets more relevant in the present age. The inability to live with fading stardom! Or for that matter, a more universal human emotion – not being ability to accept realities of life

I could come up with 100 real life examples when people have still not been able to accept the fact that they are just a shadow of what they probably once were. And I am not talking just about movies.

That is what makes Sunset Boulevard remarkable. Among many other things!

The film is about an aging actress who fails to accept that she is no more a star. The film is also about a young out-of-luck writer, trying desperately to sort his financials. It is about these two coming together, at first hoping they could help each other and then unfolding a drama that keeps you hooked.

Sunset Boulevard uses a screenplay which is almost fluid. A master is screenplay and characterization, Billy Wilder, knew exactly how to take a never done before story ahead into a sphere where the viewer would empathize with each character at various times. He reveals secrets, introduces a new leaf and drives the story with a leisurely yet well paced speed. And he is ably supported by phenomenal music – which got the film one of its three Oscars. The other two being Best Writing and Best Art Design.

Willian Holden and Gloria Swanson pitches in with memorable performances as Joe Gillen (The writer) and Norma Desmond (The aging star) respectively. One underplays the flamboyance, the other adding dramatic melancholy.

As I look back at the film, I realize it not only impressed. Norma Desmond makes it to my list of most memorable movie characters. I accept what has been stated by movie buffs world over – Sunset Boulevard is one movie you could not keep off your must watch list.