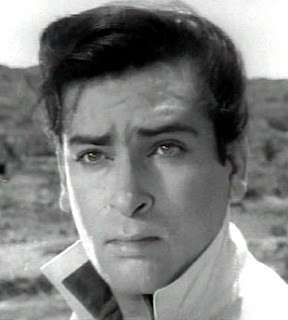 He is often referred to as the original rockstar. He was trained in music and was a splendid actor. And of course he was one of the earliest film stars who got girls crazily in love with his personality.

In fact such is his stature in Indian filmdom that we cannot help feeling miniscule as we talk about him. And we are sure the internet already has loads of information about him; not to forget he himself was one of the first internet users in the country. Hence we decided we would just let some people from the film industry talk… about star, the person and the enigma that Shammi Kapoor was.

I have always been a huge fan of Shammi Kapoor the star. And then went on to work with him in two films –Hukumat and Tehelka. He amazed me with his professionalism. I had also approached him for a small role in Gadar but he however politely refused it as he said he felt he would not be able to cope up with the pressures of shooting in outdoors locations. Only a month back he met someone I know and he was praising me. I had thought I should go and meet him but I kept postponing it. Now I feel so bad. If only I had gone and met him… I will have to live with regret that I could not meet him during his last days.  He was the Elvis Presley of India.

Anyone who has been a part of the industry will be grieved. You may have not known the person but you at least knew the actor and it is difficult not to like him. You don’t have an actor who can carry off a golden coat like he did. He was also the one who started the stardom. Girls back then fell in love with him. What is also impressive is that he never changed. He remained a charming man. He may have aged but he never let it get to him. You are remembered when you have a particular style and he had it. He was a style icon. I think he was the most handsome looking man in his family.

Shammi ji was a great soul. He was deep, philosophical and commanded a certain respect. He was encouraging of me and being a close friend of my father I had the greatest respect for him. May his soul rest in peace!

Shammi ji defined romance. He defined beauty and vitality. My memories of iconic cinematic moments have his dreamy eyes embedded in my psyche.

Taarif karu kya uski jisne tumhe banaya comes to my mind the moment I think of Shammi ji. It is hard to imagine that the real prince of Indian cinema is no more with us. For me it feels like a day of national mourning. Last I saw him at the Prithvi Theatre couple of months back and I was blown away by his kindness and humble gestures/ They are timeless immortals.

I have kept a track of his health and activities since the last few years as his grand daughter Pooja Desai is a very close friend of mine. His energy has always amazed me. But today when I saw his grieving yet proud family around his body, despite all the legacy all I saw was a husband, a father, a grandfather who is going to be missed terribly.

Shammi Kapoor was the ultimate entertainer. His energy, passion and love for cinema are inspirational. He will remain in our hearts forever.

Shammi ji was known as the flamboyant in Bollywood. His style is still copied till date. I personally grew up watching many films of his. His particular head move, which he has been synonymous with him, we will miss all of it. May his soul rest in peace! The legend has left us but his legend still lives on.

One of the most unique screen personalities! Shammi Kapoor was charismatic yet believable, outrageous yet lovable, making him an undeniable star. There has been no one quite like him in Hindi cinema.

Shammi ji happened to be a friend of my parents. My father and he went to the same school, Don Bosco. So I met him a few times when I was a child. I was always a huge fan. And later I was really lucky to get to work with him. It was one of my first few films Khule Aam. It was directed by Guru Dutt’s son Arun Dutt. He amazed me with his dedication. I kept meeting him on and off. He was always an inspiration.

Had met him a couple of times with my parents and I remember him having sent me flowers for my work in Golmaal Returns. He came across as a very warm person and there will never be another dancing star like him. His songs and dances were unique, stylish and are an inspiration even today. May his soul rest in peace.

THE STEEL MAGNOLIAS – A MOVIE REVIEW