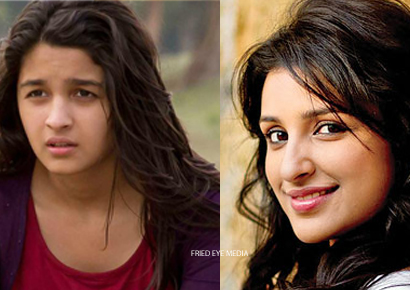 It has been an interesting last one month. During times when you can only find people who would never want to follow, Bollywood throws forth three awesome heroes that one could do well following!

It has been an interesting year for Alia Bhatt. With an extremely powerful performance in Highway and a back to back hit with 2 States, Alia staked claim to being one of Bollywood’s most amazing new talents. And then Koffee With Karan happened. Within no time, her tag of an ‘fantastic actress’ was overshadowed by a ‘dumb girl’ images after she failed in some basic GK questions on the show.
Suddenly she was bigger sensation online than she would have expected, and none of it was in a way she probably like. She did put up a brave face though as she even shared someone of the jokes that were doing round on her. If that was not brave enough, you have to give it to her for the new video she has shot for Youtube channel AIB.
What could have easily gone wrong has now become one of the best examples of a perfect of sportsman spirit. The video has not only reinstated her IQ but also cast the joke back on the people who actually were laughing at her!

The ALS Ice Bucket Challenge has easily been the one of the most talked about social media trend in last six months. Started to create awareness about ALS and also raise money for treatment of the dreaded disease, the challenge has seen innumerable acceptances and nominations. And these include some of the best known people across the world, including Bill Gates.
I accept that this one is indeed a noble cause. All the awareness towards is deserved. Having said that turning it into a PR drive for celebrities is certainly not cool. Never at the expense of all the water that’s wasted with every such challenge!
That’s where Sonakshi Sinha stood out. She took the challenge in her own style… and created the right kind of awareness too. Save the water guys. And people who can donate… should do so rather than just escaping with a bucket of chilling water!

This girl I have known since she was still a marketing professional at Yash Raj. Being a star has not made her any bit politically correct. And that’s refreshing. While Parineeti agreed to be a part of the Alia Bhatt Genius Of The Year video and pitched in her own way to help Alia, in another event Parineeti decided to take an ignorant journalist head on.
Parineeti has been signed to endorse a sanitary napkin brand. At a recent press con one from the journalist fraternity ticked her off by asking some rather sorry question. Her response is not just great video but good learning.

Atta girls! Here’s to the new generation of heroes in apna Bollywood!