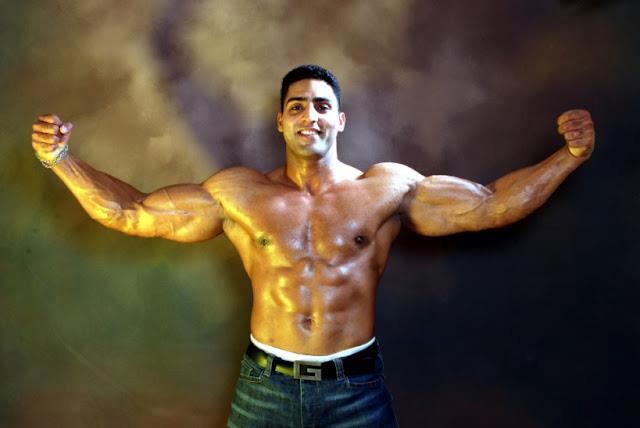 It was an unlikely conversation of sorts. It was only a part of another assignment that I spoke to him. I had little interest in him and neither in his sport. I usually deal with film stars you see. Yet Varinder Singh Ghuman left me amazed. For one, he is the perfect odd man out. This 130 kilo weighing muscleman from the border district of Gurdaspur, Punjab, is the biggest vegetarian in the world!

Did I get your attention yet?

Yes, 130 kgs Varinder Singh Ghuman is apparently the only vegetarian bodybuilder in the world. And he can rightly be proud about the same. “We are a vegetarian family and I have never tried meat in my life. I know it can be surprising to most. I supposed I am blessed with genes that could help me. Most of it of course is real hard work!” says Varinder. He says he gets his share of proteins from milk and milk products. This one aspect of his life has surprised the biggest of the greats in bodybuilding.  Even Arnold Schwarzenegger!  “I met him when I became the first Indian to participate in the Arnold Classic. He was surprised to know that I am from India and more so that I am a vegetarian! He told me he has never seen such a big Asian” he informs. Subsequently Schwarzenegger signed him up as Asia ambassador for the chain of Gymnasiums and health food that he plans to introduce in the regions soon. 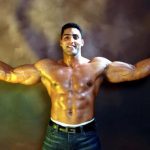 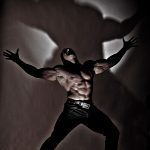 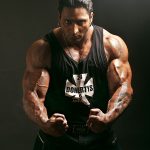 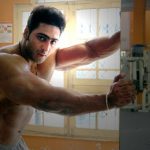 Why I stumbled upon Varinder is because he stepped into my territory. With muscles like that many producers are eyeing this man to act in their films. He even in fact did a couple of Punjabi films already, one of them being on Kabaddi. The film called Kabaddi Once Again worked and soon he did more. And soon he will have his first Hindi film Roar – The Tigers of Sundarbans releasing. “I have also been signed by Salman Khan’s production house to act in The Great Gama, in which I play Sohail Khan’s brother. I suppose I look fair enough and come across as a decent looking guy on camera. Combined with my body, producers seem to think I fit roles in their films. I am obviously happy!” quips Varinder, who has even trained in dancing. He definitely looks powerful enough in the trailer of Roar, where he is shown slamming a royal Bengal tiger!

What I liked about him however is that while Varinder like acting, he is not giving his sport up for Bollywood. He is a bodybuilder first and will take it forward. “I am right now preparing to participate in Mr Olympia. I will be taking part in the qualifiers this October and hope to become the first Indian to make it there,” he reveals. “As of now cricket rules in India. Sportsperson like us do not get much recognition. I am working to change that in the field of bodybuilding. I hope to popularize Bodybuilding as a sport,” points out a man who had was once keen on playing cricket and even did well as a fast bowler for his college team!

There is one more ‘first’ to his list. He is Asia’s first to be ranked as a ProSuper in bodybuilding shows worldwide. This came after he won the Mr India title in 2009. “I am India’s first and so far the only professional bodybuilder,” says this Punjabi  man-of-muscles who once wanted to follow his father into the police force. Among other firsts, he is also the first Indian to win Australian Granx Prix 2011.