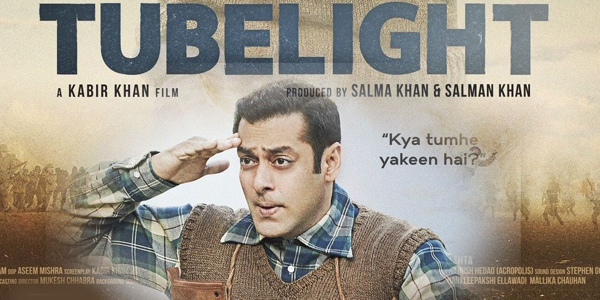 Though there is nothing similar in the stories, in an odd manner Tubelight reminded me of Lage Raho Munna Bhai. Like Hirani’s film, this Kabir Khan film is an elaborate exercise in exploring Gandhian principles. The film derives its central ideas of faith, truth and love from Mahatma Gandhi’s teachings. Unlike the Munna Bhai film though, Tubelight is barely convincing.

An adaptation of American war film Little Boy, Tubelight is set in 1962 against the Indo-China war as a backdrop. Salman’s Laxman Kumar Bisht plays a manchild, who is taken care of by his younger brother Bharat Kumar Bisht, played by Sohail Khan. When the war starts Bharat joins the army to serve the country at the border leaving his brother alone. A miserable Laxman is guided by Banda Chacha (Om Puri) to stick to ideals set by Gandhi and not fall for hatred towards the Chinese. When a Chinese family comes to town, Laxman manages to strike a bond.
However, aimed at being an overwhelmingly emotional film, Tubelight fails to generate much of a response. The primary problem here is a screenplay that provides no graph to its characters. The entire pre-interval portion is used to set up Laxman’s character and gathering a few chuckles here and there. This is a departure from Kabir’s usual screenplays. Tubelight takes forever to get to the point, almost like an actual tube light which flickers multiple times before lighting up. But unlike the tube light, which stays bright once it’s lit, the film is never bright enough. Barring a couple of moments in the beginning of the film there is hardly a point where you will feel for Laxman. One of these moments is when Bharat is leaving for the war and Laxman hugs him from behind, relenting, before letting him go. 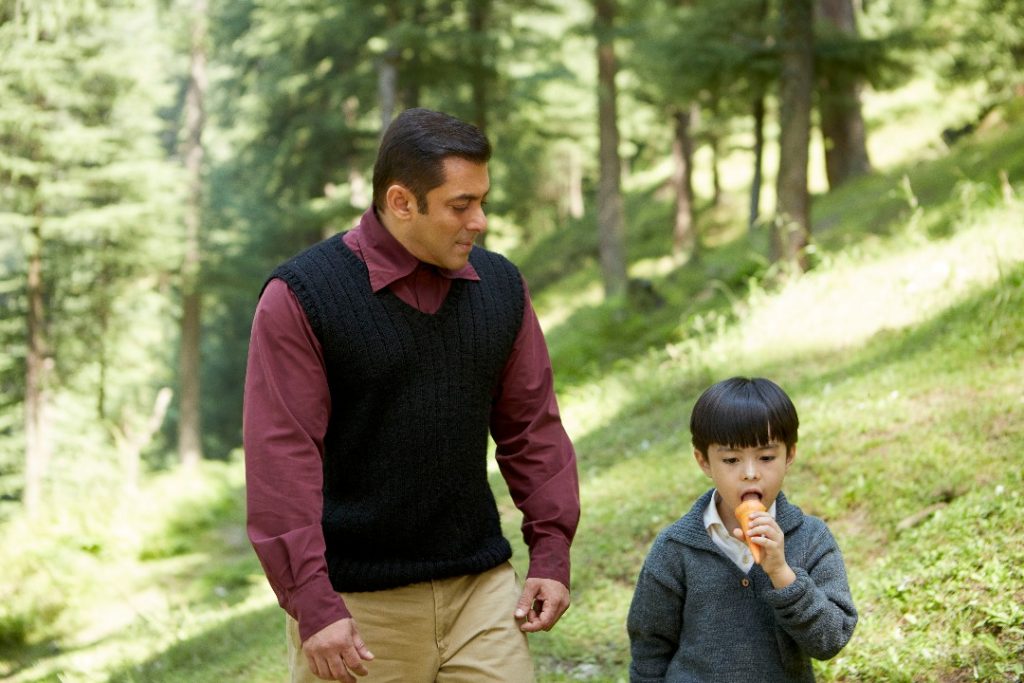 On the brighter side, this is one of those rare instances when you see Salman Khan actually crying on screen. And not the funny kind of crying that we saw in Hum Dil De Chuke Sanam. Here Salman seems to have internalised the character well enough to actually show grief on his face. This is one of Salman’s better performances that way. Having said that, he does seem a little too old to play a character which was played by a young child in the English original! Maybe an actor from the younger generation could have done it better. The same goes with Sohail. These two do not look like boys anymore. There are men who have seemingly non-existent necks, thanks to bulked-up shoulders.
The rest of the casting, however, is spot on. Chinese actress Zhu Zhu as the mother of a young child plays a pivotal role and does well. The 6-year old Matin Rey Tangu is delightful. Mohammad Zeeshan Ayub as usual packs a punch. This is also the last film Om Puri shot for before his demise and they have warmly marked a dedication in the opening credits.
Tubelight is mounted on large canvas. The way it is shot takes you back to Bajrangi Bhaijaan, and Kabir’s love for exploring the landscape through the camera is seen once again. He and cinematographer Aseem Mishra never miss a chance to showcase the beautiful locations, be it the war front in Ladakh or tall trees and valley in Himachal Pradesh.
Tubelight is this year’s Eid extravaganza but it is a departure from what Salman Khan is known for. The actor has stood for wholesome entertainment making it almost his identity. Tubelight is far from entertaining. It is possibly his most boring film in the last decade. Over the last few years one dialogue has come to symbolise Salman Khan pretty well – Main dil mein aata hu, samajh mein nahi. With this one, I am sorry to report, na samajh mein mein aayi, na dil mein. For the ones who do not understand Hindi, let’s just say, there is a power failure in the world of Tubelight.