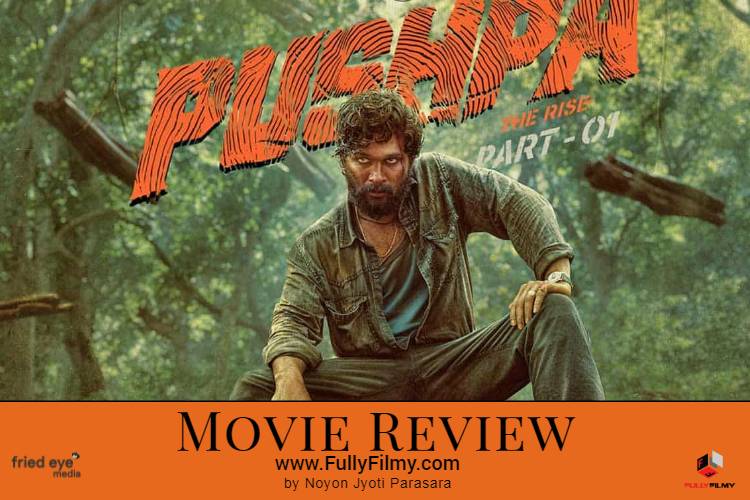 Sample this. Our hero has a thing for the heroine but she does not even know that the hero exists. So, the hero’s friend pays the heroine to just look and smile at the hero. And the heroine agrees to. When the delighted hero figures that his lady love looked at him only because she was paid, he tells his friend to fix another deal – five times the money for a kiss. And the heroine turns up at the designated location to execute the deal. Of course, here the filmmaker draws in the elements of chastity but these small sequences are enough to put a lot of people off this ‘wannabe KGF’ of a movie. Much later, they also provide silly justification as to why the heroine agreed to accept money.

It would be unfair to say that all women are portrayed as weak and in distress. There is a blade chewing vamp-like woman too, who rages for revenge and does not mind injuring her husband to teach him a lesson.

Director Sukumar leaves no stone unturned. Undeniably, Pushpa – The Rise is an absolute cracker of a mainstream blockbuster – one that makers set out to make. Everything about Pushpa is larger than life. Like KGF, which was set in the gold mines of Kolar, Pushpa is set in the forests of Sechachalam at the border of Andhra Pradesh and Tamil Nadu. Like the gold mines of Kolar, these forests also provide the world with something extremely expensive – red sandalwood – and hence plays a ripe setting for smuggling and such activities. For reference, dreaded bandit Veerappan was a sandalwood smuggler. 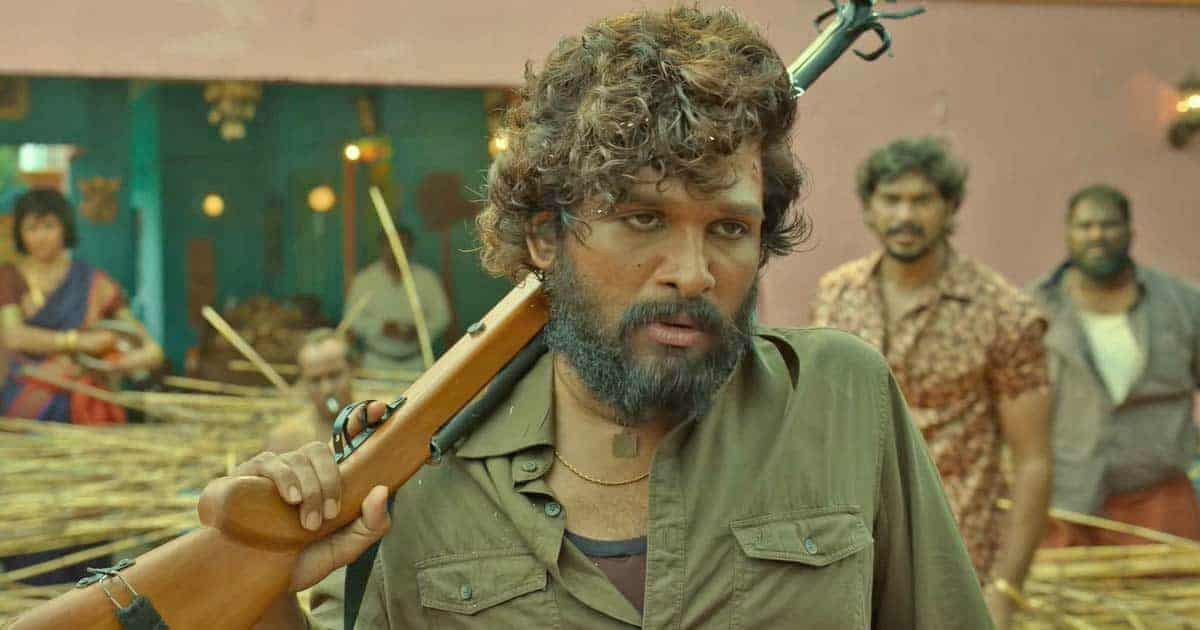 Our protagonist Pushpa comes from an impoverished background but likes to live on his own terms. He has a tormented childhood as a kid born to a mistress. Soon he finds himself in the business of sandalwood smuggling. And he rises the ranks faster than anyone else thanks to his bravado. And then he also creates his own enemies – that part of the story has been left for sequel Pushpa – The Rule.

In many ways, a lot of these films look like offshoots of Ram Gopal Varma’s Rakta Charitra and Anurag Kashyap’s Gangs of Wasseypur. The only difference is the treatment. Wasseypur was of course keeping it as close to reality as possible.

What works for Pushpa is that it aces every department of filmmaking. DOP Miroslaw Kuba Brozek, editors Karthika Srinivas, and Ruben work their magic with the camera, pace, and stylisation. The hero’s theme music adds to the aura of Pushpa, while the songs and the way they are choreographed add to the experience that a cine-watcher would wish for when they buy the ticket. The action choreography is the highlight of the movie. One particular sequence where Pushpa fights blindfolded is bound to set the heart thumping.

And most significantly, Allu Arjun shines like never before. This is one of his career-best works and should stay so for some time. The actor breathes in every bit of belief into the character and brings him alive, complete with a characteristic gait.

Pushpa The Rise is available on Amazon Prime Video.