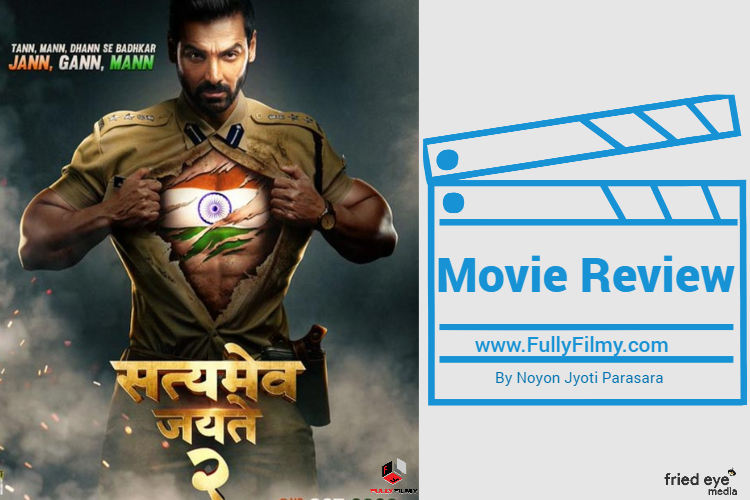 Here’s the thing. I know I watched Satyameva Jayate 2, but I wonder if the writer actually intended to make Satyameva Jayate 2. By all yardsticks, this one could have well been Gunda 2, a sequel to the 1998 Mithun Chakraborty starrer and the king of trash. Each character, like in the Kanti Shah ‘masterpiece’ speaks rhyming sentences. Every character in this straight out of the ‘80s flick is equally bizarre and nonsensical.

We have a home minister of a state who turns a vigilante by the night beating corrupt people to death. Well, before really getting violent he does try to kill them with bad dialogues… ones that could leave anyone, including the viewer brain dead. And then there is his twin brother, a bad-ass but fun-loving cop who has been assigned the job of nabbing the killer. For a moment I almost thought that this could have been Milap Zaveri’s own tribute to Deewar, with two brothers on different sides of the law. Yeah, I know. What was I thinking! Blame it on the impossibly optimistic me. Add to it, the wife of the minister is also an MLA and a part of the opposition. And all three find time to dance at weddings.

And then of course there is the flashback tool used to give us an elaborate peek into the life and times of the father of the twin, also played by, no prize for guessing, the same actor – John Abraham! An upright larger than life personality, a cross between Anna Hazare and Hulk, Dadasaheb is a farmer who wants to uproot corruption out of the Indian ecosystem – the one ‘azaadi’ he would celebrate. Of course, like any 80s movie, he gets killed. There is supposed to be a major revelation around this towards the end. But any self-respecting Bollywood junkie will guess the ‘big disclosure pretty early in the film.

In one of the scenes, the cop twin tells a corrupt official that the whole country is his jurisdiction. He goes on to define his jurisdiction as Baramullah to Kuch and farmlands of UP to Rajasthan. Being from the northeast, a part forever forgotten by Bollywood, I was suddenly glad that this film actually forgot the northeast. In fact, the cop’s idea of Indian borders seems to be the perfect analogy for the script. Pick your own word for it.

In many ways, SMJ2 is actually a masterclass. As the end credits rolled, believe you me, I actually watched it till the end, I was buzzing with multitudes of ideas. Stuff that I could write about the film. One of the ideas was about an essay, or maybe a listicle since that’s the cool thing to do, on what not to do while making a movie – Satyameva Jayate 2 providing a perfect example for each point. Okay, maybe that was too harsh. Not each point! Inspiring nonetheless.

It is difficult to figure what is it about SMJ2 that brings out the biggest gasp of disbelief. The screenplay, the dialogues, the performances… the treatment… or simply the fact that it actually got made. I must give credit where it’s due. It certainly is not easy to beat a film as bad as Mastizaade, after which Milap had sworn not to make adult comedies anymore. I am not suggesting anything here.