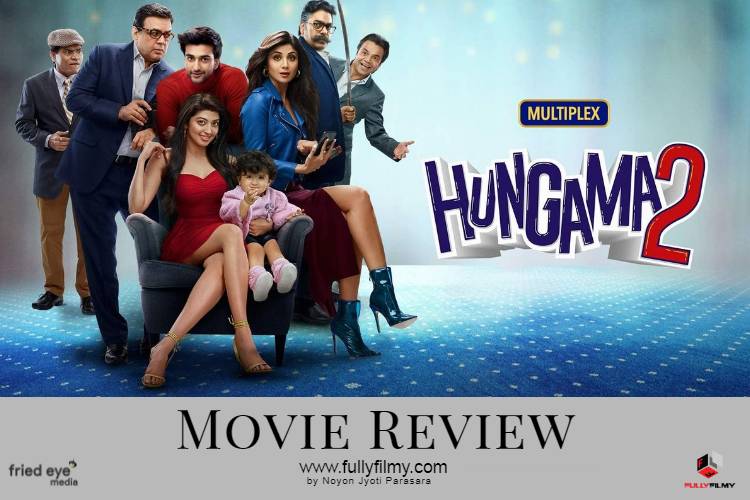 In his attempt to expose the lie spread by the story’s female lead, the male protagonist attempts to record their conversation in a mini tape. Yes, a tape! Not a mobile phone or any cool new-age gadget, but a tape. This scene is symbolic of the mess that Hungama 2 is. The film is so dated that it would feel you are back in the ‘90s. And no, it is not just the screenplay.

The opening credits of the film make you nostalgic. You have Sameer as the lyricist, Anu Malik as the music director, Venus as production banner, Priyadarshan as the director… this could have been a dream team in the mid to late 90s. And maybe the film would have just about worked back then considering we were yet to experience the way filmmaking changed with the advent of the 21st century. Just about everything in Hungama 2 is reminiscent of the kind of films we saw between 1998 to 2003. The look and feel, the music, the editing, the cinematography, the dialogues… and the acting!

There are lazy close-up shots akin to TV shows, abrupt cuts to songs, continuity issues… and there is also that pointless guest appearance by Johnny Lever as a stereotyped Bengali teacher… And there is also Tiku Talsania doing what he did back in the 90s.

So, what is the story about, you may ask! Let me try to get this right. Hell breaks loose when a Vaani arrives at a household with a toddler and claims the father of the child is Akaash, the younger son of the family. Akaash is supposed to be marrying another girl that his family has chosen for him, and this accusation turns everybody’s lives upside down. To add some madness, there is also a couple – an older ever-suspecting husband and his gorgeous and much-younger wife. Paresh Rawal plays the Radhe, the husband, while Shilpa plays Anjali, the wife.

Like in Hungama (2003), Hungama 2 too has a jealous husband who is dealing with the misadventure of getting to know that his wife is having an affair with another man. Of course, the audience knows better. The difference – this time we aren’t laughing. 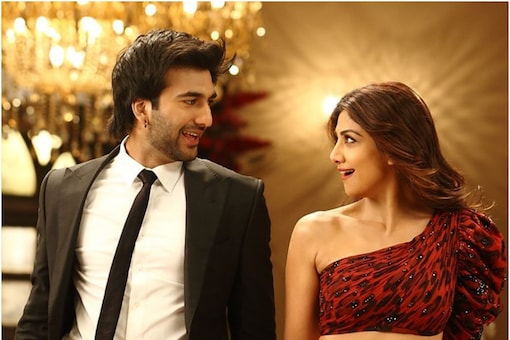 The mixture is exactly what Priyadarshan has served time and again in many of his films after Hera Pheri. He drives the screenplay towards his trademark finale when all characters end up in the same place. But with Hungama 2 he falters even in what is known to have been his specialty.

Apart from being dated, the screenplay is unremarkable. Priyadarshan, who is also the writer, fails to create the necessary drama, a proper conflict, or a high-energy climax. It feels half-hearted an attempt at best.

To give credit where due, Hungama 2 has a few scenes featuring Ashutosh Rana, Paresh Rawal, and Rajpal Yadav that might entertain. One such scene is when Rajpal pretends to be the husband of the female lead (Pranitha Subhash). Priyadarshan lets the camera roll as Rajpal unleashes his mad streak showing some semblance to what he used to pull off back in the day. The other actors seem clueless. Meezan tries his best, but he can barely do much while Pranitha does not have much to do. And if all that is not enough, you even have Shilpa Shetty dancing to Chura Ke Dil Mera. This song is probably the other big statement Hungama 2 makes – remixes may work at times, but only if it’s done well. A badly done song, or a badly rehashed movie… both have the same impact. Headache!

** Hungama 2 is an adaptation of Priyadarshan’s own 1994 Malayalam film Minnaram.

** Hungama 2 is available on Disney+ Hotstar.

The Debate: Why producers make some films and reject others