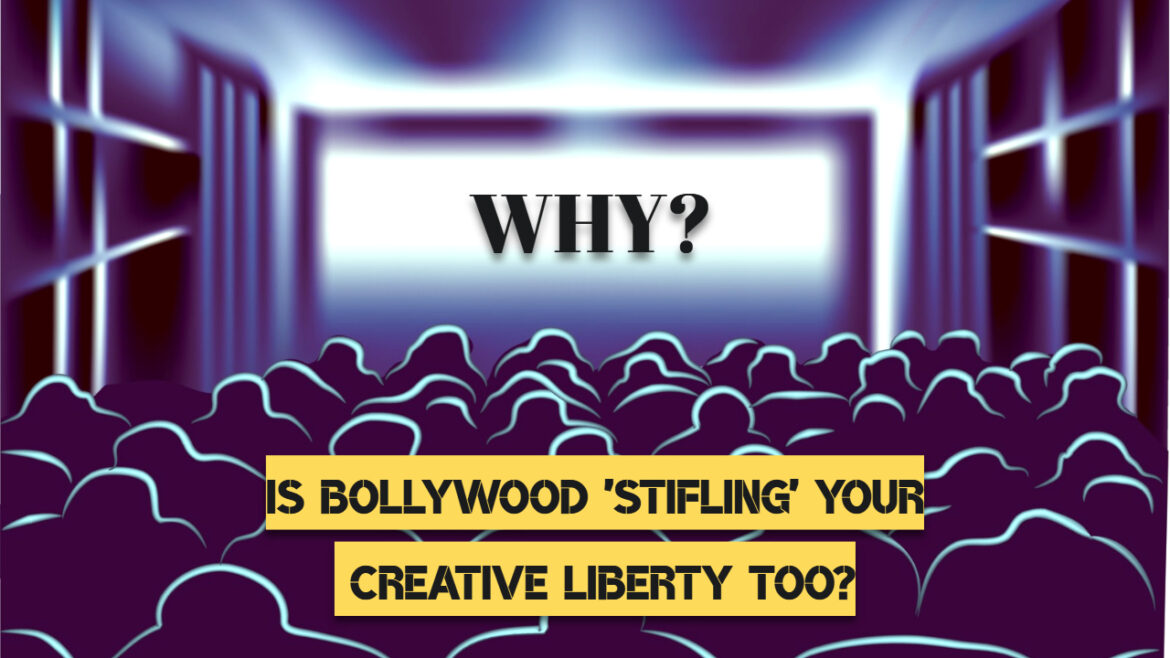 “I am not being given my creative liberty here.” That’s what a friend of mine told me justifying why she wants to move out of India. She is a filmmaker. Having worked on multiple films as an assistant director and a few commercial ads as the director, she has been struggling to get a producer for her first feature. My friend here is not alone. There are hundreds of, if not thousands, aspiring filmmakers trying to find takers for their first film. The grouse is simple – either people don’t like their scripts, or even if they like the script, they are not willing to produce it. And this, my friend has decided to label curtailing of creative liberty.

Just to understand her concern better, I quizzed her on what would be the ideal scenario. “These people like Karan Johar etc… why can’t they make something apart from the dumb commercial films? He earns so much money, he should support independent and new filmmakers!” It seems she has been one of the lucky ones whose scripts have been read and liked. She has managed to reach out to the likes of Yash Raj Films, Dharma, and more and has mostly got positive feedback. But none have agreed to produce the film. And this she had interpreted as stifling of creative freedom.

And there I had my answer. Basically, my friend believes that it is the duty of a producer to finance her film if they like the script. I did not have any better way to put it across than simply ask her, “What drives this sense of entitlement?” The rest of the conversation obviously did not go well. While I tried talking about commerce, she talked about the duty of producers to propagate ‘art of cinema’ and better ‘ storytelling’.

And herein lies an inherent problem. A problem that I was a part of too when I was in my early 20s. Thankfully, following the film industry and its commerce for close to one and half decades has taught me a few lessons. One of my early learnings came from the inimitable Viveck Vaswani, who has been a producer and actor for over three decades. Years ago, when I was debating with Viveck on how the producers don’t seem to be making good enough films, he explained to me one of the most important truths of filmmaking. “Filmmaking, unlike painting, is not a one-person job. It needs tremendous amounts of money and very often a producer risks everything to make a film. If you want to make your art piece, sell your own house. Why should I mortgage my house to sell your dream?” he had retorted over a sizzling dosa at a Juhu restaurant.

His argument is not unfounded. There have been countless examples of producers going bankrupt, losing everything when their films flopped. Actor Govinda’s father had lost his money and had to shift to Virar. Jackie Shroff had to sell off his property when his film flopped. Raj Kapoor would have lost his studio had Bobby flopped. PVR Pictures had to stop making movies after the failure of Khelein Hum Jee Jaan Se. The story of that film would have sounded fantastic on paper, and it was being helmed by one of the most acclaimed directors in contemporary Indian cinema, featured reasonably bankable stars. These stories are often not discussed.

Is it too much for the producer to look after this own money? Or to wish that he/she gets returns on the investment? Any one of us would expect returns on investment. Be it a fixed deposit, equity markets… or even simple banking savings. Raising money for ventures such as films is far more complicated. The interests are ridiculously high. If you were to raise money for a film, it is only natural that you would want to ensure, in whatever cliched manner, that the investment is secure. Unless of course, you are okay with making losses. There aren’t too many such producers. Not even Anurag Kashyap the poster boy of new-age filmmaking in Hindi cinema. Kashyap once told me during me an interview, “We have worked on building a market overseas. Our profits come from elsewhere and the collection in India is just cherry on the top.” This was before the release of Bombay Velvet, which sunk at the box office leading to severe losses for the producers. Ever since, he has been comfortable making films in budgets that are a fraction of what was spent on Bombay Velvet. The money is then recovered through international sales, digital sales, and least of all, Indian theatricals. This is not to absolve the producer. A producer must be accountable to the audience as well as the financiers. A film should entertain, and it should make returns on the investments. And in doing that, if a film manages to also up the standards of storytelling and filmmaking in the country, it would be ideal. But the ideal and the real aren’t the same.

Maybe a part of the blame also lies with the media. We barely talk about the process of filmmaking but never fail to talk about 100-crore clubs etc. Over the last year, since the tragic demise of Sushant Singh Rajput, this lack of understanding has only become starker. Could the media work towards creating awareness, while also following up diligently on Taimur Ali Khan’s daily routine? Difficult considering Taimur drives eyeballs by millions, and educative stories barely do hundreds. Difficult, but not as expensive as making a film. Not a fraction.

Also, it is worth discussing if it could be the responsibility of the government to make films. The NFDC was introduced just for that. It was aimed at aiding new filmmakers to tell stories that mattered. In its early years, the NFDC worked with the likes of Satyajit Ray, Mira Nair, Aparna Sen, Shyam Benegal, and Govind Nihalani. But its track record over the last few years has been anything but impressive. When they do make movies, they barely manage to release them. And the releases don’t get much attention. The role of NFDC, the money it spends, and the government’s responsibility is a separate topic that I would probably look at delving into in the future.

Trolling on social media or making statements that don’t make sense are easy ways out. But the way forward may just be by starting with one basic question to ourselves – Are we asking the right questions yet?