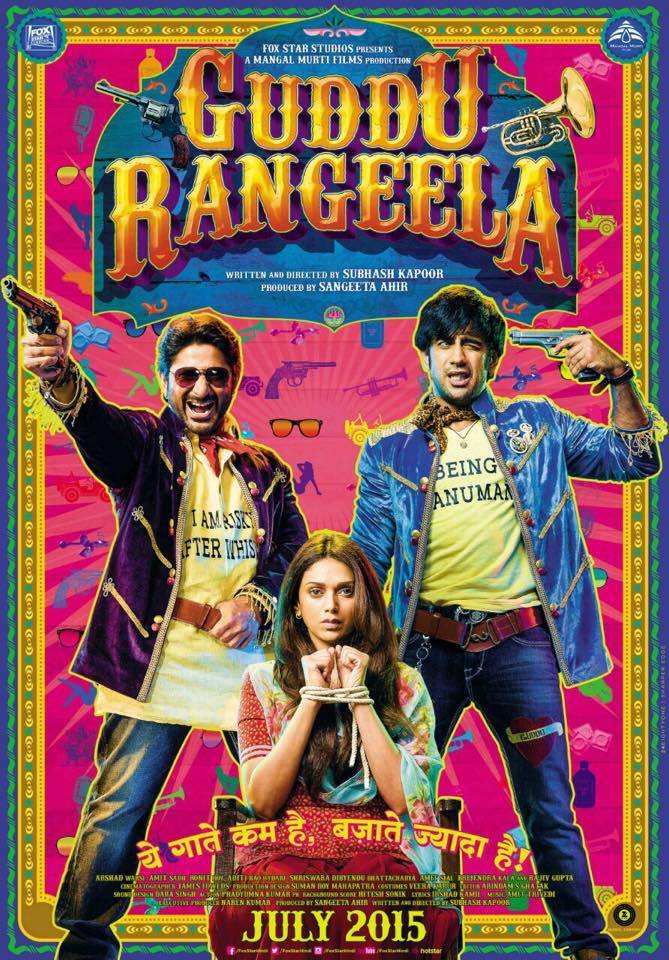 It does not promise to get serious but Guddu Rangeela does. It delivers a statement on the much discussed Khap Panchayat – something that has attained almost a demonic reputation in recent years. Subhash Kapoor’s latest film starts off as a comedy with a lot of action, but moves fast across genres surprising the audience.

Known for deftly handling some very pertinent topics like recession and corruption in his earlier films, Kapoor now points his gun at the khap. But as usual he does not make a serious preachy drama but takes off on a possible case study where one survives the khap. And he creates two very impressive characters to carry his story. Guddu and Rangeela are happy go lucky stage performers in a small town of Haryana. But apart from performing they also earn their moolah from other dubious activities. When they get cornered and made to cough out money, they resort to what they believe is an easy way to earn the required ‘bribe’ – kidnapping a girl. Little do they realize that a map has been spread out for them, where they are just pawns. Soon enough the two take charge of the game as the story turns into a revenge drama.

Guddu Rangeela rides on a well paced screenplay. But though primarily believable, it wavers on certain points. Like the back story and motive of action for Baby (Aditi Rao Hydari), which looks unconvincing when compared to Rangeela’s. Also the final twist in the end is half baked. Thankfully, none of that hampers the fun ride. Guddu Rangeela arrives at ball of a climax.

Aiding Kapoor with immaculate performances are Arshad Warsi and Amit Sadh. But they are almost sidelined every time Ronit Roy is on screen; such is the prowess of the actor! It is amazing to  see Roy perform flawlessly, film after film. The actors deliver their lines with practiced ease, despite hard core Haryanvi accent that they were required to master. Also delightful is Divyendu Bhattacharya, an actor who easily deserves a lot more.

Guddu Rangeela is not Subhash Kapoor’s best but it is his biggest so far. And he does not fail to deliver an engaging film – as a writer and director. Guddu Rangeela is an interesting watch with its ‘western’ treatment to an Indian theme.