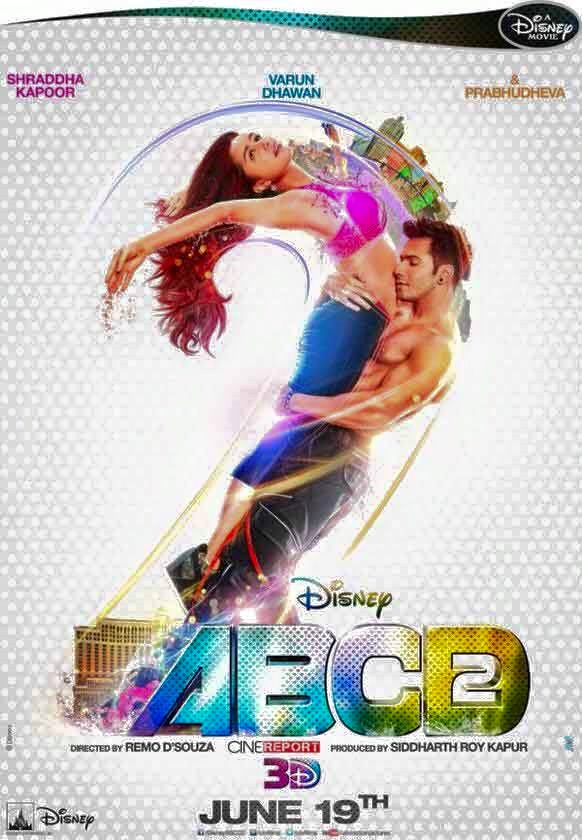 Even as I wondered why the director needed to cast Shraddha Kapoor and Varun Dhawan for a dance film, there was another one of those songs playing out on screen. This one turned out to be a song to justify Shraddha’s presence as if director Remo was yelling at me, “See that, she can dance!” I do not disagree. I am no dance guru to argue rather. But then Remo D’Souza did manage to make a fairly successful ABCD with just dancers. Isn’t the need to put in a couple of stars just a ploy to make the film’s box office chances more lucrative then? Filmmakers tend to have their logic, much of which I rarely understand.

The problem with the lead cast here however is that they hardly looked as good as the ones who were around them. Not to undermine the capabilities of the two actors to pull of any scene when the situations demands. But then this is where the actors were left short-changed. While they gave everything they had to the elaborately shot dance sequences – ensuring they are not an eyesore, they hardly had anything that tested them as actors otherwise.

And that is also the biggest drawback on ABCD2. Despite being a well mounted film, it has as screenplay that would have hardly taken an effort to be scripted. Riddled with convenient sequences – often to just set up characters – the film fails to hold attention every time the actors stop dancing. The laxity in scripting is almost laughable when it comes to the big suspense that the director tries to create at the intermission point.

Technically too, quite a few scenes seemed out of focus – and I am not talking about content but camera! I am not sure if that was due to the projection or was an actual problem. Add to it some irritating long shots trying to showcase the locations. Agreed to have a grand canyon to show, but making your actors look like pink ants as they romance is like taking some wrong lessons in filmmaking from Ram Gopal Varma.

What ABCD 2 has is – as mentioned earlier – well choreographed dance sequences. It is a dance film in true spirit. If you are a dance fan this film is for you. Of course you have a Prabhu Deva dance number to top it all.

On a positive note – maybe getting Varun Dhawan and Shraddha to be a part of the film definitely takes a niche dance film to a much larger audience. There, I seem to have finally figured out the filmmaker’s logic. Do you buy it?