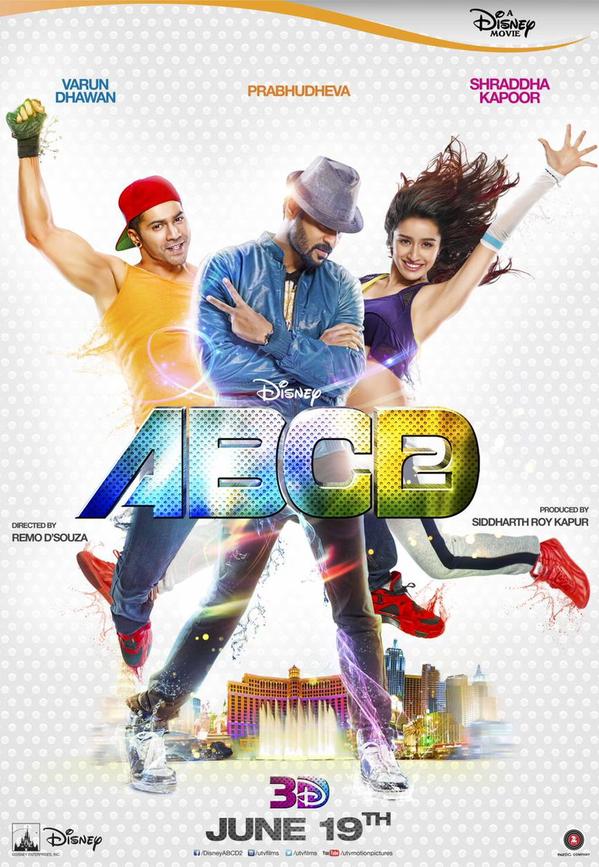 What constitutes a movie? A story, a plot and a script. Anything else? Maybe. Strangely, ABCD 2 has none, not at least on a conspicuous level. But it has dance, hell lot of dance, dance pouring out of every character’s inhibitions, especially Varun Dhawan’s.

The film begins with a dance competition where Suresh (Varun Dhawan) and his troop (Shraddha Kapoor as Vinnie, Raghav Juyal as Raghav and a few others) are alleged of plagiarism. Ashamed of their action, they decide to take part in an international dancing event christened ‘World Hip Hop Competition’ that is held annually in Las Vegas in order to prove their nimble bopping skills. Now, to do so they need a mentor and they find one in our very own Vishnu sir (Prabhu Deva) who is an ‘adamant alcoholic’ and a struggling choreographer whose inebriation manifests itself in some really spectacular moves inside the bar and with the waiters. The rest of the film encompasses the group’s efforts to persuade Vishnu sir to guide them and to win the contest which, obviously enough, is the dream of Vishnu sir as well. And then, there is dance!

The title of the film expands as ‘Any Body Can Dance’. Sorry, ‘anybody’ cannot dance; only Prabhu Deva, Varun Dhawan, Raghav Juyal, Dharmesh Yelande, Punit Pathak, Lauren Gottlieb and, to some extent, Shraddha Kapoor can dance. You and I cannot dance. And then, they claim to dance to express and not to impress, which is a matter of speculation considering their die-hard exertions to impress the judges to win the competition.

ABCD 2, unlike its prequel, lacks soul. The dance sequences are exceptional; something that has not been seen in Bollywood before, but it does not come anywhere near to enthralling you. The movie is said to be based on a true ‘story’, in case there is one, but barring a few scenes, it fails to strike a chord. Even the ‘twist’, which comes quite late in the movie anyways, is a bit clichéd. Nevertheless, the wonderfully shot locations in Las Vegas, the soothing music by Sachin-Jigar (especially ‘Chunar’ by Arijit Singh) and, of course, the dance all add up to make it a good one-time-watch. You can go for it provided you can afford to sneak out two and a half hours of your busy schedule; it’s by no means an unmissable one.