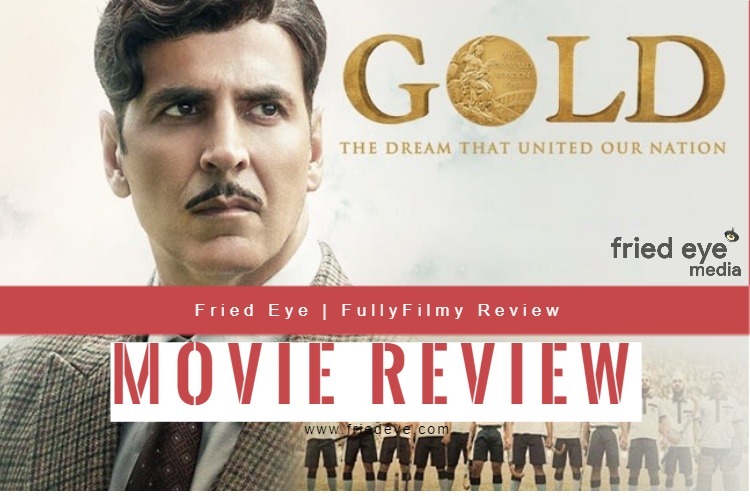 The story of Gold starts with the 1936 Berlin Olympics. Our protagonist Tapan Das is the narrator. Das is the Junior Manager for the Indian Hockey Team, and he aspires to salute his own national flag rather than an English flag after the team wins a Gold. He is a Bengali, living in Mumbai and dreaming for his country. In ideal conditions, this could be a great character. And he is pretty much one of the more interesting characters we have seen. He is an alcoholic accused of embezzlement of funds and yet when it comes to his country, he wishes to surpass the faults in his character. 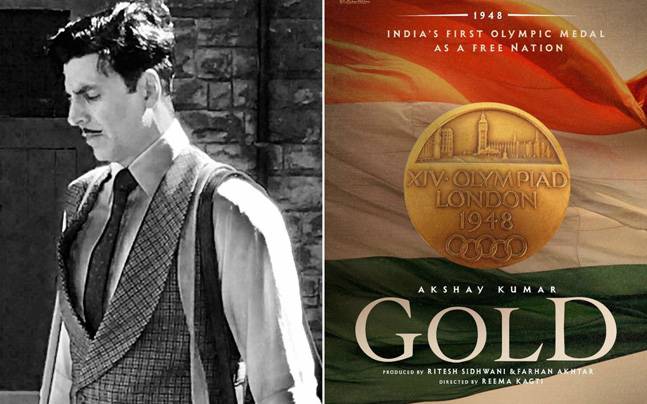 But, director Reema Kagti decides to make her actor Akshay Kumar speak Hindi with a Bengali accent… even when he speaks with his wife, another Bengali. What she manages, in turn, is build a character who seems to be unsure of what accent he needs to speak in. So, when Akshay Kumar is narrating, he is doing so in decent Hindi with little Bengali accent thrown in; when is speaking on screen he is doing an overdose of the Bengali accent making it look a caricature; and when he sings… he does so in Punjabi! And we are not sure how to feel about him anymore.

Yet, Gold has larger problems. Reema Kagti, usually used to writing with Zoya Akhtar, finds a writing partner in Rajesh Devraj, who has earlier written films like Quick Gun Murgun, and Fakir Of Venice (yet to release).  As mentioned, her screenplay starts with the Berlin Olympics. The hockey final sets up the premise of the show and from there it is an exercise to build up Tapan’s character and how he struggles to a team going and the difficulties he faces.

To be fair, after a tepid first half, the second half gets the josh going. The nationalistic fervour is evoked in the final 30 minutes and the film reaches its crescendo in its final minutes. When the national anthem plays out, you might just have a heart beating much faster with excitement and joy. Gold manages to hit its target there. Reema creates interesting characters, although at a point it looks like she is heading for a Chak De! India style conflict within the team. She quickly steers clear and moves ahead towards the larger goal.

The director is ably supported through some feisty performances by actors like Amit Sadh, Sunny Kaushal, Vineet Kumar Singh and Kunal Kapoor. Akshay Kumar delivers his best and looks comfortable in what he has been offered.

Technically, Gold is shot on a lavish scale. It is never easy to set a film in an era that has gone by. The film hence needs a large amount of VFX. Reema reduces the pressure by focussing on creating the era, instead of the matches. While the camera takes you into the playground, in middle of the excitement, it does not quite focus as much on the ball creating a lesser need for VFX. The focus stays on the faces. 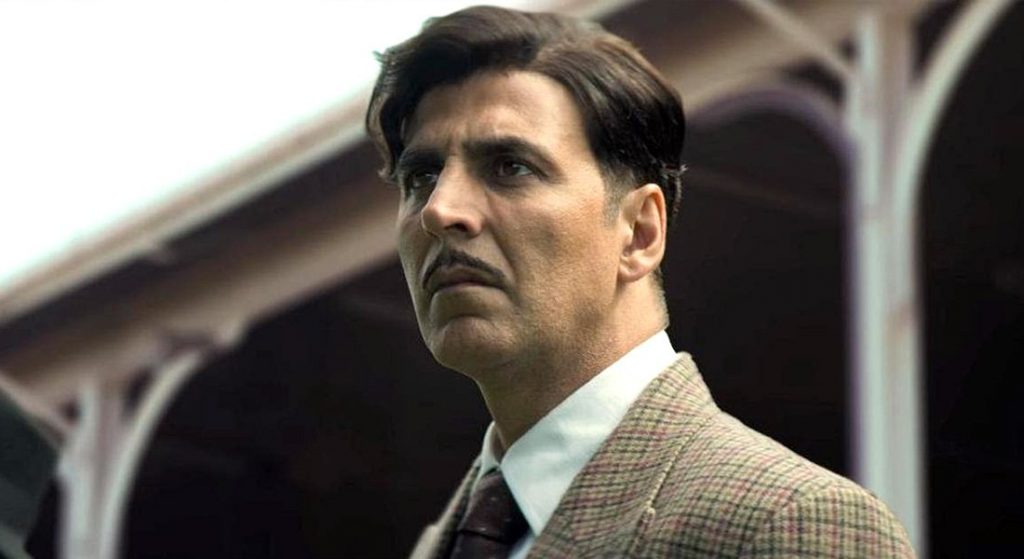 Despite all of these, however, Gold comes across as an opportunity missed. And a terrible miss it is. Mostly fiction, with a few real-life inspirations thrown in, Gold’s screenplay takes too much time in building its protagonist and lesser time in building the team. India is 1948 was in a complex state. We were still in the hangover of the riots that has ensued after the partition. A lot of players refused to play hockey just because they were not in the state of mind. And building the team was probably a much larger task than finding the talent. The screenplay offers nothing on how the dynamics between players changed once a few of the former Indian players were started representing Pakistan. As per reports, Pakistani players were given orders not to mingle with Indian players. The tension does not make it to the screen. The makers have not used any real names and have even altered situations to fit its screenplay. The focus stays, unflinchingly, on Tapan Das. And it becomes a one-man mission.

Nevertheless, Gold makes the cut simply because it delivers the thrill and the proud nationalism it promises. What one must keep in mind while watching this film – Yes, it is touted as the story of India’s first gold medal, but it is a piece of fiction, including the character of Tapan Das.