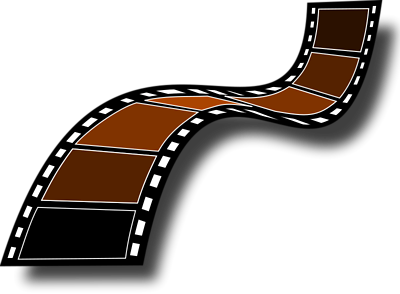 In times of a mundane, pressurizing lifestyle, who wouldn’t like to escape into a world of their own, with their own terms and conditions, once in a while? Whether it is because one is unhappy with the way their life is, or frustrated by failures, or simply because they are bored and need a change, people do wish to forget their stressful lives and sink into a dream-world where everything is perfect, which gives them a feeling of ecstasy and where there is a happy ending. Yes, there indeed is an ending. And heck no! I am not talking about escaping into that kind of world, that of drugs and weeds and what not, that not only gives you some euphoric feeling and takes you into a different world, but also ensures that you cannot tolerate coming back to reality and slowly kills you. No, I am not talking about that kind of an ending.

The parallel universe that I am talking about is the world on that big screen that we all get so deeply immersed in that it starts making us look at reality from a completely different point of view. But the irony remains that, the world of Movies is different and ours is different.

Once, as a child, I had seen in some movie that a young girl who got more marks in the examination owing to a miscalculation done by the teacher, goes ahead and points it out to her teacher who was so impressed by her honesty that she let her keep those extra two marks. Incidentally, something similar happened to me too. But to my disappointment, my teacher simply deducted those two marks happily. No impression. No reward for honesty. No nothing. It’s not that I regret having done the right thing. But, I realized the difference between reality and this imaginary world that day. Well, I thought I did. Till the day I grew up and fell in love. And then, it was the same story all over again. And watching too many romantic movies and worshipping them is the reason why so many people (including myself) go through unnecessary heartbreaks and trauma.

Without even getting as far as the genre of fantasy movies and those superhero movies, it can be said that movies have since so long been creating illusions and creating dreams of such a world in the minds of people that most people have actually started to treat life and expect from life in similar lines. And when those expectations are not met… there goes a breaking heart, an aching head and a much shaken faith.

Someone does a heroic act and expects to get praised for it. But no, he only ends up hearing something like, “Who asked you to interfere in the matter?” or as it is common in our country- “Khud ko hero samajh ke rakha hain kya (Do you think of yourself as a hero)?” Roadside Romeos expect to win the hearts of ladies by throwing cheesy lines at them, only to end up getting beaten off by the brothers and boyfriends of those girls. Needless to say, they were trying to pull off a “Munna Bhai” show. Violence in movies encourages our people to become violent while, the concept of love as shown in our movies has kind of distorted our idea of love too. Someone gets dumped by their boyfriend/girlfriend and they keep on trying to win them back, using every other strategy they had seen work in those movies, shedding their precious tears over someone who doesn’t even deserve them, only to be disappointed at the end. “But they always have a happy ending in those romantic movies.” They say. They fail to see that those love stories are written by the film-makers, and the real ones are written by somebody sitting up there. Needless to say, people only take ‘ideas’ out of these movies to apply in their lives, but fail to make them work as well for themselves. Why? Because they don’t work.

Now, wouldn’t every girl in this country be safe and sound if only they were as lucky as Priyanka Chopra was in Zanjeer, to have ran right into the arms of the hero who is also the angry, young police inspector whom every goon in the city fears, when she was being chased down by a group of them, at the dead of the night in an abandoned road? Wouldn’t it be equally thrilling for every man to be able to fight off 150 goons at the same time, and break nothing as much as a bone in the body? Wouldn’t it be awesome if the police was always there at the right places at the right time? Wouldn’t it be great if a hero came to save you the moment someone fired a bullet at you and you could escape it unscathed? And the best yet, wouldn’t it be freaking awesome if you died and could still reappear as your lookalike?

Well, one can only wish that we all lived in a movie and someone would write it out just the way we wanted. Let’s keep hoping. Who knows, someday this dream might come true? After all, all we want is a happy life and a happier ending, isn’t it?

The Good Road, The Lunchbox and other stories!