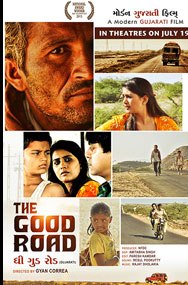 The Good Road, The Lunchbox and other stories!

I have waited long enough before I set out to write this. The fact that it still makes it to the paper means the film did stay with me. The Lunchbox.

Let me admit. When a Karan Johar and Anurag Kashyap and the rest of the industry gush about a film, your expectations are raised. Raised very high. The important question hence is, ‘does it live up to the expectations?’

Penned and directed by debutant Ritesh Batra, The Lunchbox is out of the most subtle love stories made for Indian screens. And for cine-goers like me, that is a pleasant break. We are inundated with innumerable fares that are precisely the opposite. 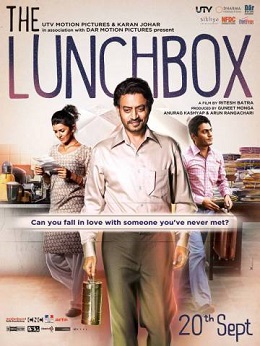 The writing is crisp and to the point. And draws out emotions. Lunch Box makes you laugh, makes your feverishly wish that the two protagonists meet, and leaves you at a high few other movies manage. Not to talk about the performances of Irrfan Khan, Nimrat Kaur and Nawazuddin Siddiqui are fantabulous.

No wonder people did talk about its chances at the Oscars – the apparent world cup of world movies!

Do mark my choice of word. Apparent. Oscar have never really fancied my imagination when it comes to the Best Film in the Foreign Language category. While the mainstream entries fight it out in various aspects of filmmaking, this category is one-dimensional. AR Rahman scored with Slumdog Millionare does not mean his best work was in the film. He has, everyone would agree, done better multiple times in Hindi films. Had only those films been able to compete in mainstream Oscar categories, Rahman would probably have got home many more of those golden statues. I would never hence refer to the Oscars as the most important film award ceremony! Heck, it is just like our own dime-a-dozen award shows, which give away trophies to commercial potboilers instead of smaller but clever films.

The Good Road, directed by another debutant Gyan Correa, was chosen over The Lunchbox as the official Indian entry to the Oscars. And this has brought out an endless stream of comments, even resulting in iconic Anurag Kashyap bidding adieu to twitter. Film Federation of India (FFI) has evidently even gone ahead with a letter to director Ritesh Batra accusing him of trying to defame the committee and demanding an unconditional apology.

Ritesh may have gone a wee bit too far in his rants. But he is not alone. Of course others can’t be told off by the FFI. The cyber-savvy generation has been discussion this endless and the TV channels have taken the cue too. Interestingly though, amidst all these hulla, few who talk have seen The Good Road.

While admitting that discussing this fits into the scope of being a part of this issue of Fried Eye, we would have been out of place had we not watched The Good Road as well. Hence we did.

A Gujarati film The Good Road is a story about two kids who get lost. One child gets lost while on way to a vacation with his parents while the other is travelling alone to be with her grandmother.  The treatment is as close as it could get to life. The performances are of course noteworthy.

No doubt it is good cinema. It is much on the lines of the many Mexican or Argentine films that are screened every year at Mumbai Film Festival. It could very well win a lot of awards world over for its portrayal of characters.

However the film did not really work for me. The strengths are what turned its weakness. It was very much like one of

those films we have already seen at the festivals. And it failed to make me wish for the kids to be safe either. Though I was never bored through it, it did not entertain me much either.

The Lunchbox did that for me. It made me smile… and left me almost with a tear of joy! Much till after the film, the two characters stayed in my mind. And so did the beautiful song from Saajan, so well used in the film.

If I was asked to vote between the two, I would have most certainly voted for The Lunchbox. Not just because it entertained me in such a way, but because of the wonderfully Indian and yet globally appealing story and treatment.

Having said that, why all the fuss over a mere official entry to an award function which does not treat the film as an equal with the rest of the films in the mainstream categories!

I vote out Oscars!

Probably it is time we had an award which was truly global. A platform for movies from across the world to compete with each other in every aspect of filmmaking! The World Cup of world movies!