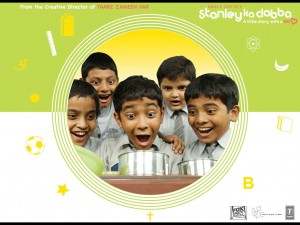 The 17th International Children’s Film Festival kicked off on November 14 in Hyderabad. No, I cannot comment on what the festival has achieved so far, simply because I have had no idea that such a festival exists in first place. This information I found on my mailbox recently when a publicist decided to spread some gyaan.

Well the release did try its best to create an impression of how grand a success the festival has been. Alas! I am a tough man to please. Has it really made a difference in anyway? And if yes, in what way? If my research goes right, a couple of years back one of the producers were circulating releases saying their film, that was to be screened at the festival, had a lot of farting jokes and hence the children would like it!

Not being too hard on the organizers- Children Film Society of India, we all know about them. We have seen their montages before many a children’s film that we have watched. And also liked! But having said that children films being made in India has always been a point of discussion.

Everyone’s got their point of view. What’s common among most is misconception. Various misconceptions! Some believe that any movie with kids in it is a children’s film. Hence the classification of ‘Taare Zameen Par’ or ‘Mr India’ – complete with it wet saree dance sequence – as a children’s film! Worse, a complex film like Mani Ratnam’s ‘Anjali’ is often regarded as children’s film by many just because it has a child as protagonist!

And many of course take the intellect of our new age kids for granted. Some of these are the same people who would talk of how smart their kids are as they can operate a blackberry at the age of three! Why then make dumb films for kids, is a question they can’t seem to comprehend! We don’t need to feed the kids with blatant moral lesson. That makes the films as boring as a moral science class in school – the period when students would find more interesting stuff happening outside the window!

Renowned filmmaker Satyen Bose once said, “Good children’s films shall be made when we allow children themselves to write and direct them.” Well the least we can do is to understand them!

Lack of ideas has never been as evident in filmmaking as when it comes to children’s films. So while many pull the wrong film into the category, most find the wrong story! What’s doled out, as a result, at regular intervals are tales of mythology. And many of them in sequels of previous badly made films.

Things are not all that bad. We have had great films for sure. This year alone there were films like ‘Stanley Ka Dabba’, ‘Chillar Party’ and of course the kid super hero in ‘Zokkomon’! Things are looking up in fact.

That’s the reason I think would recommend that those who can do it, should visit the film festival with their kids. With 170 films from 44 countries I am sure the kids would at least have some quality entertainment coming up their way. In process maybe the parents could also understand their kids better! And also cinema better!

And for all you know… these kids would grow up to make the scene brighter than what it is today!