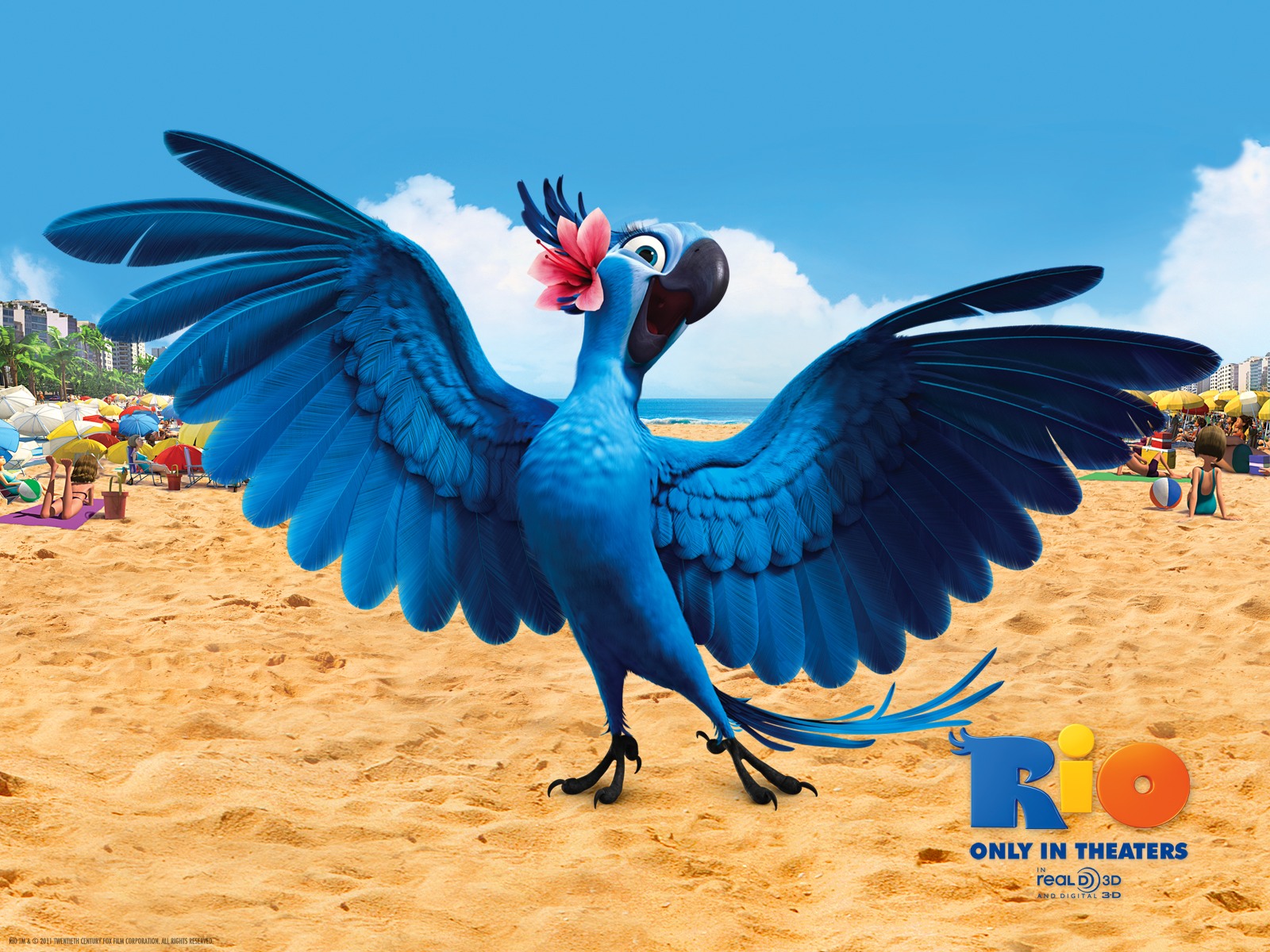 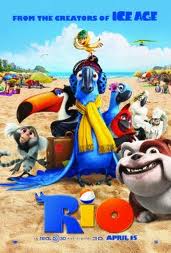 My first encounter with the characters of Rio was when I played the Angry Birds Rio application. I did not realize the connection between the App and the movie. So I finally put the two together from the start of the movie.

From the makers of the hit Ice Age series, Blue Sky Studios brings Rio the Movie– a colorful and vibrant animation set inRio De Janerio. It tells the story of Blu, a domestic macaw who never learned to fly. The movie spins around Blu’s adventure as he set out for Brazil to mate with his female counterpart (Jewel). And when a domestic city slicker Blu meets a wild and free Jewel there is bound to be a firework, which forms the core of the movie. But apart from the love birds, there are a host of other characters, like the drool drenched bull dog Luiz, the red crested cardinal Pedro, the yellow canary Nico and the villainous Nigel. The movie is a feast with state-of-art animation. Rio’s brilliance comes from the exotic locale. The spice and flavor of Rio de Janeiro brings this festive flick to the movie and adds a rich cultural backdrop.

The voices in general are well done. While Hathaway comes across as confident and worldly, Eisenberg with the right amount of nerdy confusion to make Blu convincing, makes a lovable naivete to this character. Creating a positive impression is Jemaine Clement, who perfectly spins the villainous role of Nigel with a welcome snarky snarl. Will.I.Am and Jamie Foxx lends their voices to Pedro and Nico adding a comic relief to the movie.
Some of the best moments in the film are with the supporting characters. Nico and Pedro as the super fly street birdies provide fabulous one-liners and musical moments, the monkeys I love to hate, who in the movie add some of the better comical relief. I was laughing out loud when I saw the text message between the monkeys. The music is equally fascinating. Without missing a beat, the filmmakers did a tremendous job capturing all the rhythm and sounds of Brazil that can be heard throughout the movie.
All the praise for the supporting characters and music aside, I cannot say that Rio breaks new ground in terms of animation entertainment. And Anne Hathaway’s voice as Jewel was somehow not so appealing to me. For some reason I was hoping for a Brazilian accent and something less perfect sounding. The end seemed a bit rushed too. Though it lacks the ability to generate an infectious, amusing adventure, it is worth a watch.
Recommended for anyone who enjoys animation. If I were to rate it, I’d give 4 out of 5.