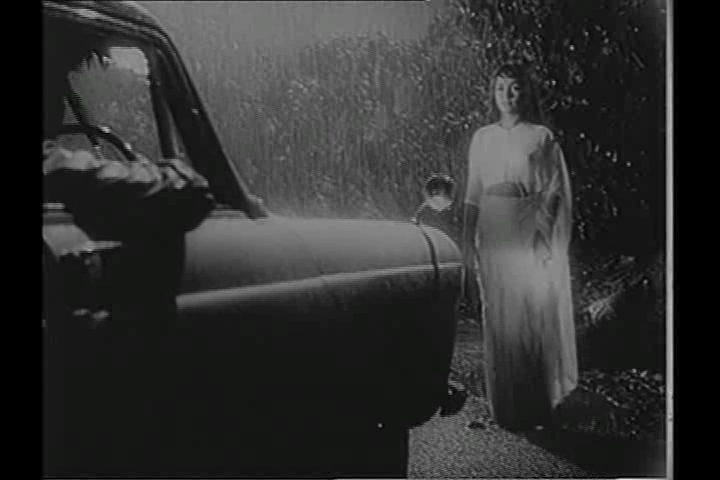 There is something about fall…about autumn that makes you so wistful…though it is something unlike the vibrancy of spring or the freshness of the monsoons, but it certainly has its own charm and magic. It could be the anticipation of the winters , the cold and the dark face of the seasons , that gives an aura of mystery , the feeling of a traversing in a twilight zone, just on the edge of darkness. Nights are beautiful, especially when there is a moon, a light breeze that plays with your curtains and some haunting melodies … And this is the part I hate writing most, when I have to break away from my reverie to settle on the facts.

As far as haunting melodies or mysterious music are concerned, the world may have trance music, gothic themes or even voodoo chants , but nothing can match with the ones that we had during our days of musical glory in Bollywood.

They were less on tech and more on natural effects , both visually and music wise. I wonder at the brilliant mind that created the quintessential haunted scene/look of the Indian movies- A lady in white, with or without a candle, swirling fog, either in a deserted mansion or a beautiful lonely mountainside and singing the loveliest song about unrequited love, that echoes perfectly in the hills or the empty building. No I am not mocking our industry . You see this scenario has worked almost most of the time it has been used in the movies and has given us some of the loveliest songs till date and any skeptic out there will have to reconsider his/her opinions once they go through the list that I have complied for you all today. You may not like all of them…maybe you will not like most of them, but I am sure at least one of them will touch you, past your mental block and commit itself to your memory even before you realize it and stay with you forever. So , game for the challenge? Right then, here we go!

Let’s start with the first of its kind –

(Said to be a trend setter, it is said to be the first horror movie of our Indian film industry)

The song Ayega Ayega Aane Wala had been picturised on Madhubala and Ashok Kumar, musical effects were still at its basic, but the team of Lata ji,  Composer Khemchand Prakash brings out the feeling of desolation and gloom to its best in the song. The black and white cinematography adds to the eerie quotient and though I am not at all aware of angles and effects and such stuff, but yes still you feel that Kamal Amrohi had got it right, just the way it should be.

Now can a Salil Choudhury composition ever go wrong? This song is a complex tune, with multiple variations, sung effortlessly by Lata Mangeshkar and the slight echo effect does give it a mysterious touch. The lyrics by Shailendra are beautiful and project the ethos and pathos of a spirit very well. “Na Mein Kaya Na Mein Saaya, Phir Kyu Jaane Mann Bharmaya”.

Now while compiling my list, what struck me most was that, in spite of having multitude of talented singers, most of the songs themed on ghosts and mysteries were sung by Lata ji. She had that haunting, forlorn note in her voice which used to be perfect for such numbers , just as Asha Bhosle‘s voice used to be perfect for that sensuous, mischievous , come hither effect.(forgive my stereotyping)

Woh Kaun Thi turned out to be another cult movie that created quite a sensation. Its songs still finds a niche in every music lover’s collection. Of its two famous numbers I pick Naina Barse just for its visual .

Again a Lata Mangeshkar number, unfailingly beautiful, displays Hemant Kumar’s musical ingenuity. You do not even need to watch the song to know or to have a feel of the song. The effects, the lyrics and the melody , all just conveys the longing of a soul trapped in a time warp

This is a song where music director Shankar Jaikishen, has used to his best capabilities the best effects available- the James Bondish touch, the eerie owlish sounds, to give a superb air of mystery. And Lata Mangeshkar sings for once, not as the bhatakti aatma, but rather as the song of the theme, yes that was deliberate! Not a theme song but rather a song of the theme.

Though the movie is a suspense movie, the song Mera Saya – a Lata Madan Mohan creation, is a kind of a haunting presence throughout the movie, a kind of reminder of the departed, who though is no more with us, but whose absence is forever palpable with his/her overwhelming presence in our memories. Now did I make sense? Well let’s just enjoy the song!

And finally a RD Burman number! This is a fairly recent one, which I picked over his Bhoot Bangla, simply because of the beautiful melodious number and its overall musical effect. A song from a movie that was a box office dud, but which had some amazingly lovely numbers . Didn’t I say that Lata Mangeshkar had that something in her voice, that was just perfect for that wistful haunting effect? Well, see? Even RD Burman seemed to have preferred her over Asha Bhosle, but let us not get into a debate on it and instead just drown ourselves into this beautiful song. I confess, this is my favorite indeed!

Mehbooba , was a movie on reincarnation, which provided ample scope for experimentations and explorations music wise. The representation of the past, the present and the conjunction, the mystery and the emotions could be only done perfectly by someone like RD Burman. A successful movie with some beautiful songs!

Hemant Kumar was the male equivalent of Lata Mageshkar as far as soul stirring voice was concerned. Khamoshi is neither a suspense movie nor is it based on the paranormal, but this particular song, with lyrics by none other than Gulzaar is so powerfully evocative  that you just feel it to be one of those poignant songs of the genre in question.

Though the movie is based on Daphne De Maurier’s Rebecca , this song is nothing to do with ghost or spirits. It is a simple love song picturised on the lead couple Biswajeet and Waheeda Rehman. However, the sedate pace, the brooding somber note in the music, and of course Hemant Kumar’s magical voice, lends an aura of mystery to it.

And that was my ten most haunting numbers from Bollywood which was dominated by Lata Mangeshkar and Hemant Kumar. But as a bonus number here is a number by Asha Bhosle from the movie Purana Mandir – Woh Beete Din Yaad Hai. Though a good song , but not a patch to the classics of the earlier years.

What I wanted to convey with the last number was just that a kind of glimpse on how Asha Bhosle would seem in such a number, given her multi dimensional voice. She wasn’t given much preference, was she? But if we go by this number, she could have given us some memorable ones, don’t you think so? And with that I sign off , to be back some other day.