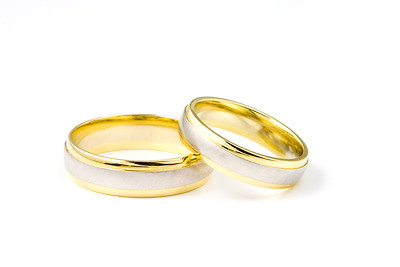 It was 12th may, 2010, when she found out about her, the other woman in his life. Her hands were trembling as she scrolled the mouse and read the mail, he wrote, “love you too baby”. “Baby”, that’s what he calls her. Baby.

She couldn’t sleep that night. She couldn’t eat. All she thought of was him. And the last time she saw him, his deep brown eyes and that faint smile, and the usual smoke between his fingers. Navy-cut. His brand. She thought, he would come back and tell her how much he loved her, like he used to. Tell her how much he missed her. Call her “Boo” for the last time, and hold her again. Did he really do this to her? Her head felt dizzy.

It’s been a year since he left and his memories still elude her all the time. To people, she comes across as a loner, a lost, melancholic soul who is fighting to find peace within herself. There are times she feels anger, like she could go on a rampage. And the bouts of depression that prolongs for weeks, when all she could think of are the memories of a love lost, memories of those little moments when they lay in bed together, looking into each other’s eyes, talking about the future. She wanted to have babies with him, look after him for the rest of her life; she wanted them to grow old together.

She misses him, and there are days when she just doesn’t want to get out of bed, when she goes to bed crying because she is hurting. Then there are days when she just abruptly gets up, walks wandering aimlessly on the streets not knowing where she is headed to. Her life, like it only remains like the scattered pieces of a jigsaw puzzle. Not a day goes by when she doesn’t wake up thinking about him, when she doesn’t wish that he’d come back.

She has got her heart broken before, but this time it was different. Different because she never knew how it felt to be loved until she had met him. It was magical, like they say. Beautiful like they show in movies. It felt like she was finally home, like she belonged. She had given all of herself to him. That first kiss of her life. She has never been held by a man before. That moment, when they bared each other’s soul.

Loving him always came effortlessly, just like breathing. She knew she could never hate him, not even when she found about “the other woman”, his ‘baby’. Sometimes, she would just sit and stare into nowhere and tears would just flow without her even realising. She tried to hate him, but she could never. How can you hate someone you love?

Her friends, they tried putting sense into her head. Life is all about moving on. But can you reason love? Reason your feelings? Even when you are hurting?

Love is forever. She tells herself. He is gone. She knows it in her head. But, she can’t get her heart understand that.

And she goes back to living life with all the hurting because it is the love that keeps her going, in her heart she will always love him. Her boo.

Fiercely independent, love travelling and poetry. I appreciate art, any form of it. Love music, the guitar. A little bit of a bohemian, wanted to be a hippie at some point of time in life.