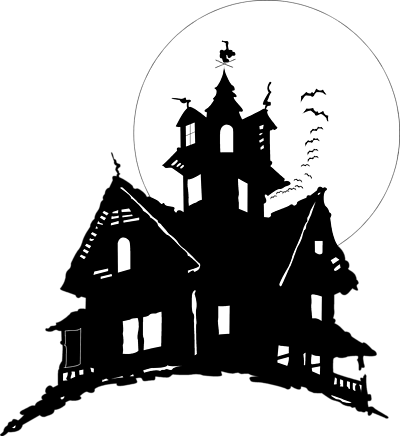 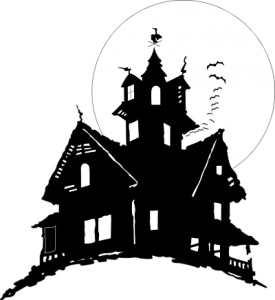 He is coming home after fifteen years.

They told me he was coming. A million times since then, I have repeated the sentence to myself. I have said it flatly and whispered it to myself with breathless excitement. I have tempered it with every different shade of emotion there is in the universe. I am greedy, it is true. I want to multiply the taste of that sentence and suck it dry of sustenance. You can’t blame me. I have wandered the desert sands of my arid inner land for fifteen years..!

The last time he spoke to me was fifteen years ago. I mayn’t remember simple everyday things, but I remember that day as if it were yesterday.

I wish I could dramatize the day. I wish I could say something like, “I knew something terrible would happen the moment I woke up that morning.” But I can’t. It was a perfectly ordinary day. The dawn was as breathless as it always is at that time of the year. The sun was an intense ball of deep orange creeping cautiously above the horizon playing peekaboo with early risers. The birds warbled musically as is their wont. The air was still with a nascent winter chill. God was in his heaven and all was right with the world.

The day that followed was ordinary. Towards late afternoon though, minor events began to pop up randomly one by one. They were discrete events… unconnected… unconnectable. With hindsight, when one puts all the pieces of the jigsaw together, one marvels the infernal genius of the universe to so precisely unleash such a precise sequence of events. Their nuances exactly right, their pressures counterbalanced exquisitely to the last fluid ounce of devastation.

Something silly happens at work and nearly wipes out over seven months of work. While you are madly trying to slap on the darning patches to repair the cloth ripping apart with a sensuous malevolence, a key member of the team quits over a personal crisis. Then came the deluge of unseasonal rain settled in for the night making you long for the safety of Noah’s Ark.

Disaster began to gather momentum when I emerged from my office at seven. I found the roads flooded and remembered that taxi drivers were on a two day strike.

By the time I reached home two hours later, feet screaming with the agony of burst blisters on soggy skin, the disaster had turned into a tumultuous mountain river, foaming whitely, unstoppable. In all the years since that unseasonable twilight fifteen years ago, I have asked myself just one question. What could have saved a precariously tied raft, already much damaged by repeated and callous mistreatment, when thrown in that wild torrent? What indeed?

Fifteen years of guilt- ridden, self- flagellation has zeroed me on only one answer. The answer was inevitably steeped in the sombre hues of hindsight. And the answer is this: I should never have let the tiny drops of disaster merge. I should have killed the tiny monsters when they were little. I shouldn’t have let that river of devastation happen. Yeah. I should have been God.

The weight of all the SHOULDs, added to the chains of IF ONLYs succeeded in keeping me tied to the stake of my guilt. It made the punishment so much easier mete out.

He was all of seventeen that evening. He, my son, the only solace of my widowed existence.

For endless, weary months we had been engaged in a silent duel with each other. He sparred with me using his wild, irresponsibleness as a lethal sabre. My pleas and and reproaches had been shred to threads. I was at the end of my tether. The raft made of our love for each other was falling apart, the ropes shred to rude bits.

I feel the years since that evening as a yawing chasm within me. The polished walls of that chasm have had the same phrase bouncing off its walls in mind numbing repetition.

“I hate you”, he had hissed with a cold venom, right into my eyes. “I will pray for your death. You will never see me alive after this moment.”

With that, he walked out of the house and the wild night swallowed him whole.

Now, he was coming home. To heal and to get healed. It was time.

I am going home.

Home. For the past three months I have rolled that word around on my tongue. For many years it had a terribly bitter, acrid taste. I got into the habit of never putting it in my mouth. Its bitterness had seared my soul too many times.

It was that movie I think. A part of me asleep… guard down… I echoed the word picking it off from the hero’s dialogue. I was shocked. The word had lost its bitterness somewhere along the way. Wasn’t that a miracle? I didn’t know time could wash away bitterness and turn it into sweetness. The word tasted fragrant with the all- but- forgotten sweetness of home.

I’m a man now and I was just a child then, on that terrible night. For many years, the words I had thrown into her face kept me company. They were my companions, they were my solace. I hung my loneliness on their rough edges. For many years I told myself that those words were all I needed. I convinced myself that the pain gave me sustenance better than a piece of bread would have. I never noticed that I was turning hollow… the pain eating away at me inside.

The house looks sad and curiously smaller. It seems shrunken… like a body whose muscles are wasted by dystrophy. Its loose skin hangs on its weak skeleton. The walls of the well are overgrown with moss. The power cable from the pole to the house is a saga of defeat. It slumps wearily, unable and unwilling to support its own weight, further burdened by the load of the current flowing along it.

The front door is open. A faded blue curtain is drawn across it, fluttering sluggishly. The window of my room was open too. MY room. An explosion of sweetness spread itself in my mouth.

The wrought iron gate dragged in the soil as always, its metallic screech as annoying as ever it was. I saw a blue plastic coated wire holding the hinges to the frame. I had tied the hinges barely a few days before that last fateful night. I don’t know why that bit of wire should have shocked me- but it did.

She didn’t come out of the house in response to the screech of the gate as she always did, wiping her hands on the pallu of her sari. The blue curtain looked languid. I did a double take of surprise. It was the same curtain I’d swept aside when I walked out of the house.

She wasn’t in the living room…. or the kitchen. Her bed was neatly made… a pristine white bedsheet tucked in with military precision around the mattress… the pillows fluffed up to regulation plumpness. I stood looking silently at the haloed stillness of that old room. Dad’s picture on the wall looked the same, sepia with impregnated memories. The red hibiscus flower was fresh.

The world seeped out of me as I stood next to her bed. I looked down at my feet in surprise. I had taken off the shoes and socks before entering the house. I wondered what other evidence of seventeen years of conditioning would surface from deep within my consciousness. A thin spray of anger marginally doused the flame of nostalgia within me.

She was in my room, sitting gingerly on the edge of my bed, staring sightlessly at my utterly deflated football in its customary resting place on my bookshelf. There was not a trace of sepia in her sari… there was no fading of her sorrow. It was as white as it had been fifteen years ago.

The books were all there, the same books. The room looked preserved but there was an underlying mustiness to the room. Then I knew. She had known I was coming home.

She ‘heard’ me; my feet bare on stone. She turned around. The shock ripped me apart, tore at my soul. My mother was blind, Her face was curiously disfigured- as if her features were made of dough- and the dough had fermented… making it spread untidily. She seemed to have disintegrated.

My legs buckled and I sank on the floor on my knees. Blinded by acid tears, I crawled the distance between us and buried my head in her lap. She was a bag of bones. Under her still familiar fragrance, was the same musty odor of preservation that pervaded the room. Her hand soothed my hair as it always had. How long I clung to her I don’t know. I sobbed and shuddered constantly. She just touched me with her soothing mother touch. She gathered the fifteen years one by one, wiped them clean of pain and held them together in the crooked lines of her palms. I was home.

In three days I convinced her to put the house on the market and move with me to Mumbai. She resisted, she refused, she dug her heels in. I insisted, she lost. I placed an ad in the local daily for the house. Mother had no phone so I gave my contact number in the ad. I didn’t want her to be bothered by brokers so I didn’t put in the address of the house. She promised me she would sell off all the old furniture and be ready to move in fifteen days. I left for Mumbai to return again.

Two days later when the ad appeared, I began to get calls. A flood of brokers burst upon my unprepared head. I was fed to the teeth shooing them away. I began to lose hope. Late in the evening a lady called up to enquire. My ten minute conversation with her convinced me that she and her husband were serious about buying the house. Giving her the address, I told her to visit the house and meet mother in the morning.

The lady called back at noon the next day. The conversation went thus:

“Hi. This is Sandhya. I called you yesterday about your house, you remember?”

“Hi Sandhya! Yes of course I remember. Did you and Mohit find time to visit?”

“Actually Deepak we were on our way but we seem to be lost. Can you please redirect us? I am sorry to bother you like this.”

“No, no please. I don’t mind in the least. Have you reached the Ram Nagar main road?”

“We’ve even reached the grocery store you told us about. We are standing in front of it now. Where do we go from here?”

“Do you see a double- storied pink and white house toward your left?”

“There is a lane right next to it, turn into that lane.”

“Ok, hang on a minute. Mohit, we need to turn left from that terrible pink house. We’ve turned Deepak, where now?”

“Just keep going until you see a huge eucalyptus tree on your right.”

“The house right opposite is my house. Single storied, painted beige, black gate. See it?”

“Next to the green house there is a gutted ruin. The house might have been habitable ten- fifteen years ago, but right now it is as dead as a skeleton. What on earth are you playing at? You made us waste our time for a sick joke?! Who do you think you are!!”