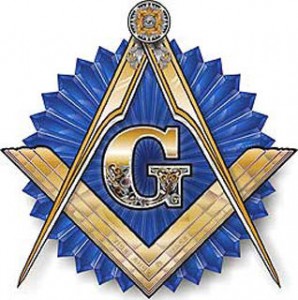 RISING ABOVE THE NORMAL- THE STORY OF FREEMASONS

Guys, here is some food for thought for all of you.

Freemasonry, a cult which is most powerful and is a wide spread organization in the world. It is a society of men concerned with moral and spiritual values. It is a society that believes in the following:

         Brotherly love and providing relief to those in distress

Freemasonry has been in existence for nearly 280 years in the world and for over 250 years in India.

True Masonic ritual, as it always was intended to do, teaches the great lessons of life: the importance of honor and integrity, of being a person on whom others can rely, of being both trusting and trustworthy, of realizing that you have a spiritual nature as well as a physical nature, of the importance of self control, of knowing how to love and be loved, of knowing how to keep confidential what others tell you so that they can “open up” without fear. In short, Masonic ritual teaches us to reach for a higher standard in conducting our lives. It is based on secular beliefs strongly reinforcing the dictum “Brotherhood of man and the Fatherhood of God”.

Freemasonry has always been referred to as a “secret society.” This is a very incorrect statement. Freemasonry is not a secret society but a society with secrets. Well I think Dan Brown explained the difference very perfectly in his book The Lost Symbol. Even the Grand Master of India Dr Biswakumar accepts this. Well considering secrets I would like to share one very important thing. All those who have read “The Lost Symbol” will know the importance of the painting “The Apotheosis of Washington in the Rotunda of The Capitol Building”.

The painting shows George Washington seated amongst the Gods. This is a fresco by the very famous painter Brumidi and it is seen not only as a painting but also as a stargate. A stargate is elevation to higher level of consciousness which will enable you to realize your complete potentials. It triggers your dormant brain to become active and thus achieve the so seemingly impossible things in life. This Capitol building was considered as a temple and the corner stone was laid by George Washington himself. A Freemason’s work. Well to know more on this I suggest you to read the book “Freedom’s Gate” by William Henry and Mark Gary.

One more such interesting fact I would like to include is The Statue of Liberty. It was given to the Freemasons of America by the Freemasons of France. The meaning of The Statue is not only Liberty but it also says that Americans are the enlightened people and they rule the world, which is the sole reason of the hoisted torch, which symbolizes that they are enlightened. The word alchemy also revolves around this enlightenment. The science of making lead into gold, The Philosophers Stone and the Elixir of Life all are a part of this enlightenment and if you are interested in this subject of enlightenment, I would suggest you to read the book “The Secret Teachings of All Ages” by Manly P Hall and “Occult Theocracy” by Lady Queenborough.

From all this it seems that Freemasons have the secrets to enlightenment which they teach to their members. That’s why members of Freemasons are very much self actualised. Well, apart from this Freemasons are also very concerned about the society. That’s why they do a lot of social and charity work. Freemasons in America do a charity worth around $ 1.5 million every day. Even the Indian Freemasons do a lot of charitable work like free hospitals, scholarships, old age homes, etc, but they do not publish it.

Well membership to Freemasonry requires the following conditions to be fulfilled;

2)      Have belief in a Supreme Being (of any faith. No particular religion or faith is required or excluded. All are welcome.)

3)      You should be someone who does, or wants to learn to, enjoy the company of other men from all different social classes, faiths, backgrounds, races, countries, etc. Masonry is universal in its ideals.

5)      If you are a family man, Masonry considers that your family obligations come FIRST

6)      You have the time to participate (usually two or three evenings/month at first for meetings and instruction, and then at least one evening per month for meetings from then on — often more if you get involved in lodge activities.) and if

a.       You can afford the initiation fees and the annual dues without hardship to yourself or your family.

b.      You should be coming to Masonry “of your own free will and accord”, to learn to improve yourself and to enjoy the company of other good people, not because someone keeps pestering you to join or because you think it will help you “get ahead” in business.

There are 3.5 million freemasons worldwide continuing to help men and women face the problems of the 21st century by building bridges of brotherhood and instilling in our communities ideals for a better tomorrow and making this world a better place to live in.