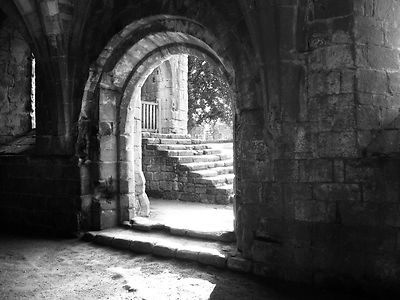 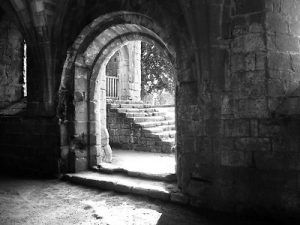 The night is silent. An occasional cricket buzzing away to attract attention, a rare vehicle in a hurry to reach home or a sleepy crow crowing but the night is silent. The full moon throws up a shallow light upon man-made structures throwing up shadows in every direction. Shadows, yes, they are my best camouflage for I am a man on a mission. I wait in silence for my prey. I wait in silence.

Revenge is a wonderful emotion. It brings out the best in you. It pushes you to the limits. It makes you outperform. Especially when you wait to avenge the death of your most loved one. It has been over a year since I have been planning and plotting to get back to these butchers who executed my family and left me for dead. Only fragments of the attack remain pinned into my memory now. But I can never forget their faces, the pleasure of their smiles as they stabbed her again and again. After all, she was innocent. And we were just two people in love. Even if they were inebriated, it was not an excuse for what they did that night. Just because we are two love birds and they were lonely rats. The last thing I remember is holding her hand as I felt a searing pain in my back. And then I passed out….

After the initial depression, it was time to get back. I did not believe in forgiveness any more, only revenge. And so after months of planning, here I am planning my first killing. Suddenly before I can even find a suitable place to hide, I see him coming out of the door of the house. Dressed in a casual pair of blue jeans and striped shirt, he does look smart. He looked suave and charming to be the son of the local goon. His hair cut short, piercing brown eyes, stubble and the wicked smile was what drove the women to him. Confident in his stride as he walked towards me, I had to hide. But no, it was too late. Slowly, I run my hand into the knife in my pocket and get ready to attack.

Rao seems to have hit a wall. There is fear in his eyes as he stares at the knife in my hand. It must be the fear, I think. The wretch is terrified, now that this time has come. As he finds his wits to run, I plunge after him and dig the knife deep into his back. Exactly the way, they had stuck the knife in me.

It has been two whole days since I killed Rao. It was now time for his partner in the crime, Shinde. Shinde and Rao were like Veeru and Jay of Sholay, best buddies. Rao, the son of the goon and Shinde, the local corporator. Together, they literally owned this little place. No one ever dared to speak out against the deadly duo. What they said, had to be done. And everything was at peace in the world, until, that fateful day. Until the fateful day when Shinde decided to lay his eyes on Sheena, the love of my life. It took a brave girl to brave the taunts and the teasing of this goon- a goon the people voted for. Within a month she was getting threats of acid attacks. On the 26th of January, 2011, a day I would never forget, Sheena walked into my house. Crying inconsolably, she just fell into my arms. After hearing her story, I had to confront the man. Burning with rage, and ignoring her pleas, I walked up to the man and landed a tight slap on his cheek. Everything else after, seems blurry. Only vague memories remain. Being beaten, again and again. A dark room with a single light bulb, people laughing and after what seemed like infinity, the angelic face of Sheena. That look in her eyes as she crawled to me, blood gushing out of her throat, haunts me to this day. And then, the pain in the back. And then…darkness.

And now I wait for him, the devil. I wait in the very place they killed her and let me to die. I wait in this hideout, in the shadows. In the very shadows, that have been my friends the whole of last year. I wait. And then I see him. He hasn’t changed much, there is no remorse on his face. His burly frame, seems to sway. He is obviously drunk. He reeks of cruelty. He smells of sin. And today is my lucky day for, he has stepped in alone. None of his cronies seem to have joined him. And now, I see the reason why. He opens a drawer on his writing desk and takes out a small packet of white powder. Cocaine! I do not want to kill him when he is not in his senses.

Shinde is obviously too drunk and I am still in the shadows. He looks around, searching for the voice. I can see the fear in his eyes as his brain registers a recognition. Before he can stumble out, I have to make the most of this situation. I rush to him as he hurls the bottle in his hand towards me which narrowly misses me. I pick up the smashed bottle. No knife for you, you deserve a worse death.

“Feel the fear, you dog.” I scream as I rip his chest with the bottle. I stab him again and again, so he is crippled before he can gather the strength to shout. But there is that fear in his eye, I enjoy. Soon, it’s over. He’s gone. And it’s time for me to carry on with life. Alone, without my love. It’s time for me to walk away, alone. And the sense of relief brings about a weird sense of freedom, a sense of peace.

As I stagger out onto the long road to a place far away, I meet weird people. A particular old man, smiling a toothless smile, a child begging me to take him with me but somehow my feet won’t stop. I am in a hurry to get away from this place. After what seems to be a long walk, another young man comes walking beside me. I smile.

“So, you are free too?” He asks, nodding his head.

“I didn’t get you. Sorry. Free from what?” I am bewildered. This road seems unfamiliar.

“Free from life my friend, free from your past, free from whatever held you back here.” And he walks away faster, disappearing fast from my sight.

I am astonished, famished and amazed. Could it be?? Because now it all made sense. The fear in their eyes, the seemingly powerful people standing there helpless. My strength, my ability to hide in the shadows, yes, it all made sense.

I am coming, my love.

Gandhi and the Cynic