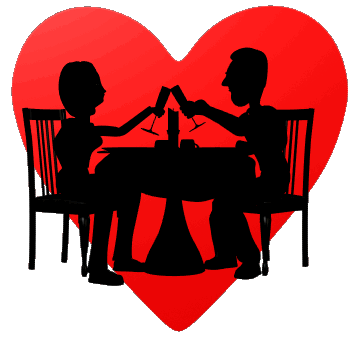 It was an ordinary day. She appeared calm and composed, just like any other day. But beneath the calm demeanor was a crackling nervous excitement as she tried hard not to appear hurried. Her work was done and she was free for the day officially. She had a date precisely an hour later for which she needed to get started. Yes she needed an early start because this date was important. She had been at this stage for long and needed to hasten things up to the next level.

Everything should be perfect, she muttered underneath her breath as she raced for a dress.

The dress…the dress… but which one… which one…, she repeated to herself as she went through the collection, finally settling for a tunic. It was a simple peach tunic that had the potential to accentuate the slim waist of the one who wore it, if she had it that is.

Make up was minimal, with just a touch of gloss. The preparations were complete. The pedicure, manicure and the works had already been dealt with. She went through her mind

(Oh yes, she had even rehearsed various versions of a possible conversation. )

She was prepared. She wanted a perfect date and it was now or never. There was no life line hence forth.

15 minutes to go , she checked. She was ready and zeroed in on the location.

She smiled radiantly, laughed at his jokes and blushed when he teased. She was the perfect girlfriend. She did not frown when she saw him glance at the beautiful lady at the 5’o clock position.

She didn’t even bat an eyelid when he mentioned a weekend with the guys.

She appeared visibly excited when he said he will bring his mom along in the next movie they are going to watch.

Never critical, she smiled indulgently as he talked about soccer.

He was happy. He held her hands, gazed at her long and deep and said “I love you.”

“How can you be so perfect?” he asked completely awed. “We have been going around since quite a long time, but you remain always a picture of perfection -the girl of my dreams. You never crib, never demand, never complain. How do you that?”

She just smiled her shy smile.

“ Do you even love me I sometimes wonder”

“No,” she smiled, a picture of mischief, teasing making his pulse race in excitement.

“I wish time would stand still when you were with me” but they were living in stolen moments.  They parted…but not before he promised to be together forever.

The date went beautifully. She watched in trepidation at the mail box… She waited apprehensively. How long before the mail arrived and then it was there the mail.

She hurriedly opened the mail to see her score. It was a perfect ten. Six months of efforts paid off. She had reached level three in the live interactive online game Dateville. Some more male players were unlocked as she went through their profiles to pick one as a partner.

It was then when she heard the ping of another mail. It was his.

It was fun play acting with you. Thanks for the score…Listen, I think we shared quite a chemistry .. erm do you think we could take this to a level beyond all these?

The best thing about this game was they were not supposed to repeat their partners in the next levels.

It did not take her a minute to block his id and delete his mail. P was history.