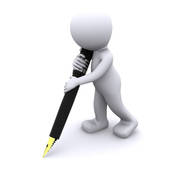 As the nation goes through the elections, with each passing day a gamut of news reports come out. The general elections this year is no less than Pandora’s Box and with each passing day we see a new low in the political scene of the country. There is huge dearth of leaders in the country and each politician is busy mudslinging at the other. The elections this year also saw the largest amount of money for campaigning being spent a lot which is unaccounted. While the country is under a very bad phase under the incumbent government the opposition parties claim that they will change everything as if they have a magic wand and everything will be normal in day. Nobody knows who will come to the power as the media analysis is based upon the middle class people but the kingmakers are decided by people who don’t care about who comes to power. These are people who live a marginal life on a day to day basis. Their votes can bought with as low as a cup of tea. They are not dishonest people but they can be exploited by people with malicious intentions. However bad it sounds the it remains a fact and nobody is doing anything about it. If we carefully analyse the situation the country is heading towards a worse situation as the inflation is bound to be very high as whoever comes to power will try to redeem their expenses after they come to power.

As ordinary citizens, we can only hope that things work out well for the country. With this hope we keep on working sincerely so that we negate the challenges thrown to us. In this issue, we feature Adil Hussain in our cover story and Aseem Bajaj speaks about the legendary VK Murthy among other articles. We hope you like this issue.