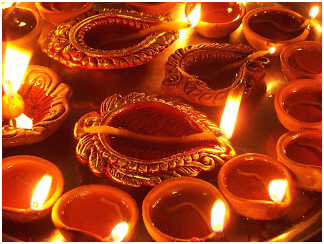 November 1, 2013 Off By Noyon Jyoti Parasara

It’s often quite a task to explain why I don’t like to burst crackers in Diwali. People have a tendency to misunderstand… or simply refuse to understand. Some even think I am scared. For them I have no words!

Diwali was my father’s favourite festival. It was like he almost loved the sounds and smell of the crackers. Ofcourse lighting candles and diyas are a part of it and also is decorating the house. Some 200 diyas and the house would look heavenly… and then in evening when we would burst crackers worth thousands. That was childhood. And there were mythological stories which claim bursting crackers are a way of shooing away the demons who roam the earth.

Education may have bored me to death, if not ruined, but it definitely taught me some good stuff. Some about the environment and pollution too. As I grew up I realized that crackers definitely aren’t doing any good to the environment that supports us. Hence I decided to do away with it. It was easier for me as I was away from home for studies and I didn’t have much money for crackers anyway. The love for crackers died a natural death… or maybe I have just put it to good sleep hoping it does not wake up with the appetizing smell of smoke. No kidding, I actually used to like the smell as much as my father did. Thankfully it has been dormant for years.

Getting back to explaining people, the general question remains. “You think you alone can save the Earth?”  And being an idealist and mighty impressed by films such as Spirit: Stallion of Cimerron I believe the revolution can be started by a small spark… or in this case, without without it!

My sister in fact got quite upset this morning as I tried explaining why I don’t burst cracker. “You just don’t give a damn about culture.” An old friend of mine thinks I behave like an old man. Older I definitely am… but I still run around the street, which people think is ‘kiddish’!

I think I will give up on explaining. Or should I?

Diwali is my favourite too. I love eating the sweets and the smell of burning oil-dipped cotton. Just let me sleep properly at night and don’t kill the ones who can’t breathe properly or have no shelter to protect them from the celebratory bombings of the festival of lights!