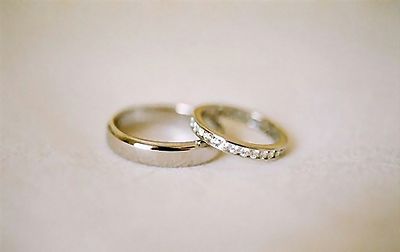 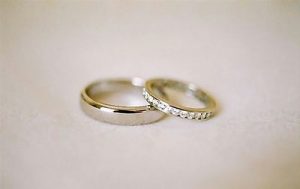 Everybody knows about the seven year itch, but nobody ever talks about the two year tickle. Part of it is maybe because it is a term that *I* coined. Just now. All by myself. And I’m so proud of it, too! Now I can finally check “Do something constructive” on my “Things to do today” list.

But coming back to the two year tickle. You see, the “itch” is the temptation to be unfaithful to your spouse after seven years of marriage. But the “tickle” is that vague feeling of nothing-new-under-the-sun that you feel after being married for a whole year. You have celebrated all of the “firsts” that you can think of: birthdays, Valentine’s Day, New Year’s Eve, Diwali, Bihu and what have you, finally culminating in the first wedding anniversary. You are still at least a year or two away from thinking about a baby. Unless of course, you already have a baby, in which case: Congratulations! You now have the Terrible Twos and the Troublesome Threes to look forward to.

The two year tickle arises from having exhausted all the thrill and excitement that the first year of marriage demands. The tiny little things that you get to know about each other in the first year is stale news in the second. Discovering that he snores? Now you can actually sleep through it. Realizing she’s not that great a cook? Now you pride on being the alpha cook. It takes longer for you to come up with new tricks up your sleeve because like it happens in the case of an inept magician, your audience can now see through all of your old ones. Now when you slam the door and lock yourself in your room after a fight, he no longer sits outside the door saying sorry, begging of you to come out. He knows you will be in there for exactly fifteen minutes before you *have* to come out to continue the “discussion”. And somehow, the banana pancakes that you had surprised him with, much to his amazement, lose their charm after the fourth or perhaps the fourteenth time you serve them.

And even as you celebrate the first “second” you end up talking about the first everything. Which in turn brings forth the dreaded devil: The C-word. Comparison. You miss the breathless anticipation and the heart-thumping fluster that you felt the first time you were doing something, and you wonder why you couldn’t have firsts all your life. But then each time you like something you do, you do it the second time, and the third and the fourth until it becomes a habit, and the moment it becomes a habit you know you are stuck in a rut. And believe me when I say it is super hard to get out of the rut. Especially one that’s as comforting as pizza and movie on a Friday night. Or breakfasting out on Saturday. And doing absolutely nothing on Sunday. Now don’t get me wrong. I am a sucker for routine, and I take comfort in knowing what all Fridays of my life have in store for me. But trouble starts when you do something rare, like take a holiday twice a year and go to a nice resort. Or celebrate birthdays and Valentine’s Day. That’s when the C-word stealthily creeps in and takes over. Especially if you have set rather high standards in the first year. Rookie mistake to do that, by the way. No other holiday, no other celebration will ever be the same if you give the first one your everything and don’t leave anything for the next. So lesson learnt? Always, always make a small deal of everything. You can never go wrong.

All said and done, though, you learn to yield to the mold that’s been set in the past year. And bask in the warmth of familiarity. It is quite the feat to come up with something that hasn’t been done before, but it sure is nice when it happens. And then again, you realize you do have a lot of things to look forward to. Like experiencing the Three Year Tingle and the Four Year Chafe instead.

Obligatory Disclaimer: I do know a lot of couples who have been married for years and yet have managed to keep the freshness of the first alive. Kudos to them! And yes, this post is in no way a reflection of the writer’s views and opinions regarding marriage. Oh wait, it is.