The Chacha of Indian Comics

There was nothing special about them. That’s exactly what made them so special.

They were all plain, humble and ordinary; just like us. Yet they were our everyday heroes. Be it the turban clad, wise, old man Chacha Chaudhary, his mighty sidekick Sabu, the teenage kids Billoo and Pinky, the middle class housewife Shrimatiji and the working man Raman, all of Pran Kumar Sharma’s creations stood out in the crowd because they were simple, loveable and street-smart. And they were the reasons why we had a fun-filled, beautiful childhood. Now that Pran ji, the creator of these characters, has left for his heavenly abode on the 5th of August at the age of 75 leaving behind his vast legacy of every child’s favorite comic books, those childhood memories have come rushing back to our minds. All the more so, because now we know that no longer will Chacha and Sabu strut along the city taking care of the bad guys, neither will Pinky and Billoo play and create trouble on the streets, nor will Raman have tales to share from work, nor will Shrimatiji share her unique money-saving tips with us. It’s the end of a very special era.

Pran Kumar Sharma was born on 15th August, 1938 in Kasur, a small town in Lahore. After having graduated with a Master Degree in Political Science from evening Camp College, Delhi, he pursued a five-year course in Fine Arts from Sir J. J. School of Art, Mumbai through distance as a private student while in Delhi. Though art was not considered to be a real profession back in those days, he was inspired to pursue arts by his brother who was an artist too. Initially he used to make political and satirical pocket cartoons some of which appeared in newspapers like Milap and Shankar’s Weekly, which further encouraged him to take cartooning seriously and move on to comic strips.

His real cartooning career started in 1960 with the character Daabu, a teenage school boy, who appeared in the newspaper Milap. It was later in 1969 when Chacha Chaudhary made his first appearance in the Hindi magazine Lotpot, which brought Pran into the limelight. And after that, there has been no looking back for Pran Sahab. His creations made him not only famous but also the most popular cartoonist in the country. He was definitely the one who revolutionized the entire comic book scenario in India, which was earlier always dominated by foreign comics like Phantom, Superman and Mandrake.

“Comics in India before 1960 were a foreign domain. Daabu ushered in a new era, and ‘Chacha Chaudhary’ was undoubtedly the flag-bearer of this new Indian era. You don’t have to be a hunk with a great physique or superpowers to be a hero – that’s the message underlined and put across to every Indian kid by this fragile old man whose sharp wit and unmatched presence of mind coupled with a bit of luck and bravery helped him and his friends overcome the most adverse of situations.” says 25 year old Bhaskardeep Das from Guwahati. “Pran’s comics had an unmistakably Indian flavor to them – the story, narration, the characters and themes. Chacha Chaudhary shall be his most iconic creation, but for a lot of us, Pran Kumar Sharma will rightly remain the real ‘Chacha’ of Indian comics.” He adds.

Needless to say, Pran Kumar Sharma has played an important role in most of ours childhoods and has left behind a vast number of fans who shall fondly remember him and his creations forever. Sanhita Baruah, an engineer from Guwahati says “In the midst of vagaries of life, they provided us a trip to the land of goodness and fairies, of imaginations and possibilities. A childhood that wasn’t spent watching or reading cartoons or comics, no wonder, seems too dull to imagine.”

It was with those comics that ‘reading’ was in any way fun to us. We, who loved to stay away from our school text books, 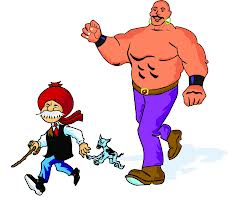 also loved to hide Pran’s comics in between our school books and read them secretly while our parents and teachers thought we were actually deeply engrossed in studying. “Armed with just a walking stick and a brain that runs faster than a computer, Pran’s Chacha Chaudhary was our everyday superhero, Sabu the epitome of power, and Raka the ultimate bad guy. I clearly remember exchanging the comics with friends at school and with no smart phones and internet around, the comics made sure that every kid became a reader. Reading Chacha Chaudhary and Pinky and Billoo transported us into a totally different world. Pran truly made our childhood awesome.” Says Bhargav Batshab, another huge fan of Pran’s creations.

Mayurim Das, from Delhi says “Both have become a legend now; Pran Kumar Sharma and Chacha Chaudhary! The significant role during my childhood was flipping pages of Chacha Chaudhary which gave me an immense pleasure going through the content and the pictures. Middle class, de glam Chacha ji had somewhere kept me grounded and infused a lot of curiosity in me. Thank you Pran ji for making us smile.”

Ankita Gogoi, a research scholar from Tezpur comments, “The child in me refuses to believe that the creator of the mustached genius and role model Chacha Chaoudhury and the alien from Jupiter Sabu is no longer with us. Today I understand, in his own simple way Pran uncle taught us to strive for knowledge and intelligence and it does not matter where one comes from if one has the capability.”

Pran had published over 400 comic books and 200,000 drawings for his comics, and over 30 newspapers and periodicals carry his comic strips. He was included in People of the Year 1995 by Limca Book of Records for popularizing comics in India. He also received a Lifetime Achievement Award in 2001, from Indian Institute of Cartoonists. It was recently in 2014, when the World Encyclopedia of Comics anointed him the Walt Disney of India. The Chacha Chaudhary strip is even featured at the US-based International Museum of Cartoon Art.

But the biggest achievement of Pran’s life was not any of these awards, but it has been the thousands of smiles that he had been able to bring on his readers’ faces over the years. Though he was battling a terminal disease, he was working on his comics till his last breath even in the hospital. That indeed shows how dedicated he was and what his readers satisfaction meant to him. Pramathesh Borkotoky, the Editor in Chief of Fried Eye, recalls, “I grew up reading Chacha Chaudhury and Phantom (Diamond Comics version). What was interesting in them was that with the Indian characters, we could relate with them and understood the sense of humor. Pran said that he would consider himself successful if he could put smiles in the faces of people. I believe, he would continue to be successful for many years.”

Infibeam vs. Flipkart- Which Is Better And Why?