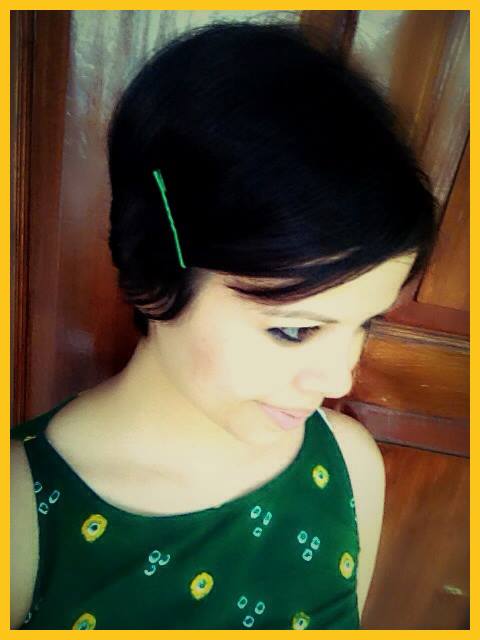 When you see Janice Pariat for the first time, you’re struck by how uncommonly lovely she is. Like a lithe and joyous schoolgirl, with the proverbial sparkle in her eyes.

But when you read her, you realise that this is indeed a grown woman who has plumbed the depths of human experience. As a story teller she is sensitive. Clever too, for the way she uses the supernatural and the mythological to underpin the intricacies of emotion, which is her true focus. Her non-fiction pieces are a compelling read; the workings of an incisive mind conveyed in unadorned prose.

Winner of the Sahitya Akademy Young Writers Award for her debut book of short stories, Boats On Land, Janice Pariat is on a roll after the wonderful reception of her novel, Seahorse.

Janice spoke to Fried Eye, giving us the dope on what it’s like to be an art critic (she was one!), her love of Schumann and her Patagonian dream! You have a multicultural heritage with a bit of Portuguese somewhere in the mix. Have you ever tried tracing your roots?

I suppose I’m what’s called an ethnic mongrel (but then isn’t everyone?), with a Khasi, Jaintia, English, and Portuguese heritage. My paternal great grandfather was an officer posted in Shillong, while my maternal grandfather was Goan with parents from Lisbon and Porto. We’ve managed to trace their ancestors and their journey to India in the seventeenth century, though oddly enough we know very little about the British officer who sailed back to England. Nothing’s turned up in the official records yet.

We believe your nanny was a good storyteller. And you were most excited by the stories with a touch supernatural in them. Your book Boats on Land has quite a bit of this suspension of disbelief as well. What is your take on the supernatural?

The communities I grew up in, the Khasis and Jaintias, have this wonderful penchant for the fantastic, ‘tall stories’ that are borderline unbelievable. In this way, the supernatural touches many tales that don’t necessarily involve ghosts. It is a deeply embedded element of our folklore and folk tales, especially because the Khasis and Jaintias hold animist beliefs, of spirits that inhabit forests, rivers, and the wilderness. The stories in Boats on Land blend the mundane and the magical, the quixotic and the extraordinary precisely because our ‘realities’ are multilayered and complex in this manner. There are ghosts within us, perhaps even around us. We live in an ancient world that I like to think is still replete with mystery.

You have worked as an Art reviewer. Did you enjoy your job? Did you have run-ins with any artist upset with your reviews?

I was the art editor at Time Out Delhi for a year and enjoyed my time there immensely. Not merely for the amazing amount of exhibitions I managed to visit but also for the friends I made, and the way I began to get to know Delhi, in an entirely new and refreshing way. Most of the artists I met were happy to be interviewed, and to be given space in the magazine, and were charmingly pleasant. I do remember Raghu Rai yelling at me over the phone once when I called him for an interview. We were doing a special story on his photo book “Delhi” over three or four pages, while he expected (and demanded!) fourteen.

You’ve traveled quite a bit. Which place, other than Shillong, feels most like home?

Several places have ‘felt like home’ at different times in my life. I have pleasant memories of Delhi University where I studied, of London where I met my husband, of Brighton where we set up ‘home’ together, of Italy where his family lives, of the tea plantations in Assam where I grew up. I’ve always been peripatetic, and home is often where my suitcase happens to rest for a week, a month, a year.

Seahorse has the myth of Poseidon and Pelops shimmering faintly through it. Was the myth the inspiration behind the novel? Or was it something else?

I found moving from short stories to a novel profoundly terrifying. All these ideas I harbored in my head about a ménage à trois set in North Delhi, involving Nehemiah, Nicholas, and Myra, swirled around with no particular shape or form. Until, serendipitously, I came across Robert Graves’ The Greek Myths, immersive and enchanting. I chose the lesser known myth about Poseidon and his relationship with a young male devotee Pelops because it allowed me to explore a number of themes I held close with this book–the fluidity of gender, love, memory, time–and also because it was about a person breaking apart and being put back together, and seemed most close to life.

Some critics have categorized Seahorse as ‘lad-lit’…

Seahorse is, I like to think, a book about love. Any other categories people choose to apply to it is not my concern.

Tell us of a fantasy you nurtured as a child.

I wanted to be a veterinarian. And a potter. For hours I’d lie and wait in the garden for elves and fairies. Enid Blyton has a lot of explaining to do.

Time for some rapid fire questions. If we could take you back in history, which moment or which place would you like to visit?

One of the wildest, most unfettered things you’ve done. Or would like to do?

One day, backpack through Patagonia.

We’re sending you to outer space and there are only three things you can take. What would they be?

A song you wish were written for you

Tell us a secret.

If it’s of any interest, I have a deep, irrational fear of frogs. Is there a name for it?