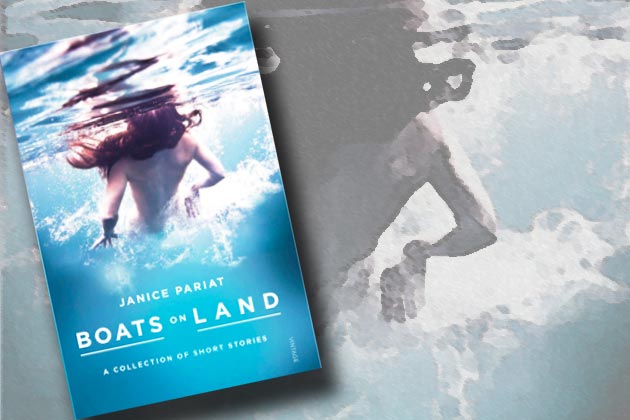 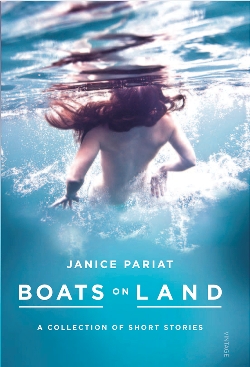 “Perhaps it is best, as they did in old days, to tell a story.”

I grew up in Shillong and have a special soft corner for it in my heart. To be frank, I picked up this book just because the author is from Shillong and I must say that it was good decision. Boats on Land is an anthology of 15 short stories based in present day Shillong, Cherrapunjee and parts of Assam over a period of 150 years starting from the anti-British days to the present day.

The stories are wonderfully woven with Khasi myths, folklore, political unrest, teenage problems and other emotions. The stories have an amazing lyrical quality that makes you visually imagine the world that she paints. Having been grown up in Shillong I know most of the places there and I could almost feel that I was part of the stories. Quite a few number of them have a touch of magic realism with stories inspired by folklore and the black magic that we have grown up hearing. They talk about the legends, spells, charms and winds blowing over barren hills like restless spirits and of premonitions and myths.

They have a brilliant narrative which always start the story with a catchy line. For example, in the story ‘At Kut Madan’, it starts with the line, “Today, nobody had come to the doctor possessed by a ghost.” Or in the Dream of the Golden Mahseer, “The elder brother was taken by drink. The younger one by fairies.” The story than continues with the narrative in a good pace without allowing the reader to guess the end. Most of the narrators in Pariat’s stories are in teens, observing the turbulence around them – political, societal or other- and they present you with a childlike perspective of the story which is their USP.

The story ‘19/87’ speaks about the unrest between the Khasis and the Dkhars(The non-Khasis) and the emotions of a man who has spent his whole life in Shillong being called a foreigner. The story ‘Laitlum’ is also based around the same time about a girl who is in a protective environment in turbulent times. She has an elder sister who has become rebellious due to that. She describes her first bike ride with a boy as “They say you don’t ever forget your first love, your fist kiss. I don’t know if it applies to a first motorbike ride. It didn’t change my life. But it gave me the first tremulous hint of how things could be different. Yes, that there were other ways of experiencing the world. So far, for me, that had been from the security of being on the inside – a car, a book, the judicious guidance of my parents. Cocooned in plastic and metal, in parched pages, within the arms of suffocating love. And everything goes by, scenery and life, unfurling at a safe and careful distance, a flat democratic haze. Being outside the safety. On a motorbike, the world rushes up at you from all sides, so do the wind and the colours of the trees and the sky. You are exposed. The sunshine hits your back, your face, the air flies down your throat, and you are nothing but a single, glorious movement.”

Pariat experiments with lesbianism in two stories, “the title story ‘Boats on Land’ and “ Secret Corridors’ but both the stories are dealt very sensibly. While “Secret Passages” deal about a girl Natalie who tries to fit with larger crowd by lying that she actually enjoys their company. She is caught daydreaming and made to sit with Carmel who is the center of rumors. ‘Boats on Land’ is about sexual yearning of a teenaged girl who comes across a rebellious girl during vacation to Assam.

Pariat seems to be especially attracted to Sohra (Cherrapunjee) and most of her stories are set there. Beautiful descriptions of the place that draws a picture in your mind have been presented throughout the book. She also has used Khasi words generously throughout the book without the reader feeling uncomfortable for not knowing the language.

It is a brilliant collection and I would suggest you to put it in your must read list.