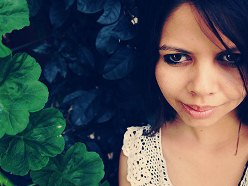 My brother once said, “Read foreign authors as well, you will get an idea how the world thinks.” I did as he said and I kind of became addicted to book reading by the various styles of storytelling. While I was reading all the foreign authors I neglected the authors in my own region until a friend of mine made me realize that I know nothing about them. I started reading books written by Northeast writers and some of them I found are truly world class and must be read for any book lover. I am listing a few of them, not in any particular order. 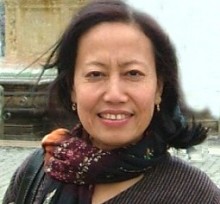 Mamang Dai – A poet, novelist, short story writer, a historian and a journalist, this Padma Shree awardee definitely has variety. Her first book “Arunachal Pradesh: The Hidden Land” documents the customes and culture of Arunachal Pradesh and is an interesting read.  Through her poetry book, “River Poems (2004)”, people started noticing her in the literary circles. She was however taken up as a major writer after the publishing of her novel, “Legends of Pensam (2006)”. The book consists of inter-related short stories set in Pensam, an Adi territory in Arunachal Pradesh.

Pensam means “in-between” in local language. The author displays a brilliant command over the English language and plays well with the words bringing the art of oral storytelling into paper. The author is able to draw an image in the reader’s mind transporting them to the place. Overall, it is a good book to read.

Her novel, “Stupid Cupid (2009)” deals with a complex situation a young girl. She falls in love with a married man but feels that it is perfectly normal. Then her aunt makes her the sole heir of a big property in a prime locality in Delhi. Knowing not what to do, she makes it into a lover’s nest where lovers can come and spend their time. She observes the different kinds of people coming to her place. The author lucidly describes the emotion undergone by the protagonist. This book, by no means, should be taken lightly due to its name.

Janice Pariat – She has only one book, “Boats on Land (2012)”, to her credit but she is very promising. The book is an anthology of shorts stories set in Meghalaya and Assam spanning over a period of 150 years. The stories are wonderfully woven with Khasi myths, folklore, political unrest, teenage problems and other emotions. The stories have an amazing lyrical quality that makes you visually imagine the world that she paints. It is a wonderful mix of magic realism and fiction.

I am sincerely looking forward for her upcoming book, “Seahorse” which is the modern interpretation of a Greek myth, Poseidon. 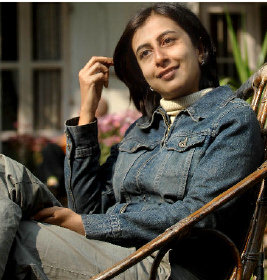 Anjum Hasan – Her first book “Street on the Hill (2006)” was published by Sahitya Academy made it clear that she should be taken seriously. The poems speak of growing up in Shillong and received rave reviews from the critics.

After that, she established herself as a major writer with her books, “Lunatics on my head (2007)” and “Neti, Neti, Not This, Not This 2009” (Published as “A Big Girl Now” in Australia and “Bort, Bort” in Sweden).  The first book talks about the emotions of the girl, Sophie Das when she comes from a small town Shillong to the metro Bengaluru. The second book is a continuation of her first book and it depicts the emotions after she lands in a US based company who outsources DVD subtitles while she aspired to work in publishing company when she first came down.  Both the books are well received by readers.

Her short story collection, “Difficult Pleasures (2012)” deals with inscrutable emotions within us. It is an interesting read and Hasan is able to hold the reader’s attention to the last word of each story. 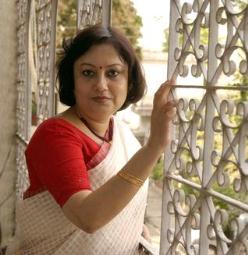 Mitra Phukan – I have practically grown up reading her stories in the Sunday supplement of The Assam Tribune, the leading daily from Northeast.  So, I might be a little biased while writing about her.

In her novel, “The Collector’s Wife (2005)”, is the story of Rukmini Bezboruah who is married to Siddhartha Bezboruah, the District Collector of a small town in Assam, and teaches English literature in a local college. She becomes friends with Priyam Deka who is passed in MA (English) but works as a tyre Salesman.

On the backdrop of a time when Militant Separatist Movement in Assam had just begun, Phukan deals a complex relationship in complex situation very carefully. The book has a sad ending but makes a powerful statement.

Her book “Monsoon of Music (2011)” is about four Hindustani classical musicians – a bright young student, two highly respected gurus married to each other and an established musical star. Their lives interspersed in the small town of Tamulbari on the banks of Brahmaputa. The book is an interesting read as Phukan displays an impeccable eye for detail both in terms of musical knowledge and human behavior.

There are many other critically acclaimed authors like Arup Kumar Dutta (a veteran), Srutimala Duara (who writes equally well both in English and Assamese), Dhruba Hazarika, Easterine Iralu (The first Naga author to write in English) and others who I could not make it to the list. I am yet to read their works and have a made mental note to read them in the coming months.