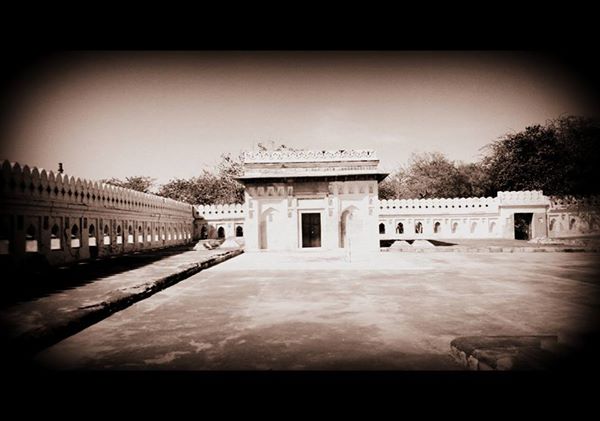 The women of Old Delhi are repositories of dark tales. If you are (un)lucky enough to be invited to one of their sessions (like I was), be prepared to spend the next few nights quaking under your sweat soaked sheets, begging your bladder to be quiet, remorseful that you acted all modern and refused the amulet that one of the ladies had urgently pressed into your palm.

There was once a lovely girl called Ruhana. Her skin was of peaches and cream, her eyes were iridescent pools, her lips were forever swollen with blood. But her hair. Oh! Her hair. Her hair was as black as a moonless night. And as long as a lover’s sigh. It covered her like a silken chador. But she was a disobedient one. A touch of the Majnoon in that one, her grandmother complained. She refused to wrap herself up like a good Muslim girl. And that’s when the trouble started.

One fateful day, she caught a djinni’s eye. Her hair did, actually. Now Djinns have a great weakness for black, lustrous hair, the longer the better. So this particular Djinni fell in love with Ruhana, made a home of her heart. He absorbed her beloved essence and she grew thinner, weaker..her skin grew so translucent, you could see her withering insides. Her nails grew purple and peeled off, one by one. A whiff of  breeze and she could crumble to dust. She grew transparent and one day, simply faded away. But her hair stayed resplendent, never losing its sheen, as thick and as long as ever. ‘This is what Djinns can do to you’, said one of the women. For once, I was deeply grateful for the tangled mess that was my hair.

The topic of Djinns was a favourite with the ladies. They told tales of encounters and possessions, each more gruesome than the last. A part of me was troubled. I grew up watching Aladdin’s blue ‘genie’, adorable, wisecracking and utterly harmless. But he was a happy aberration, as was the lovely Barbara Eden in ‘I Dream of Jeannie’. From the stories I’d just heard, Djinns seemed to be vicious and whimsical shapeshifters who’d fulfil your three wishes, but in such a way that you’d either be dead or deranged by the time they were done playing with you. This dichotomy made me curious. 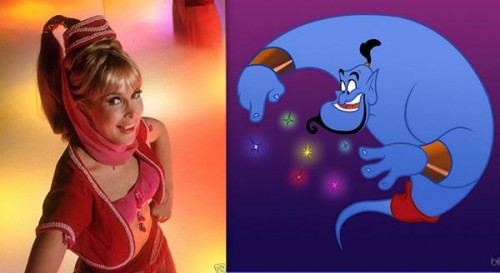 William Dalrymple called Delhi ‘The City of Djinns’ which I’d always thought of as a romanticized appellation. But now that my curiosity was piqued, I asked around about whether there was any truth in it and found that there actually were pockets in the city where Djinns could be seen, heard and spoken to. The Tomb of Jamali Kamali and Ferozshah Kotla fort were two known places. Against better sense, I geared up for some Djinn chasing, hoping, at the end of it all, that I’d atleast have a tale to tell.
But first I needed some intel. Stories and hearsay are alright but what did Islamic literature (which has dealt considerably with the topic) have to say?  In the language of the Qur’an, Djinns are creatures born of smokeless fire and are generally invisible to humans. The word ‘Djinn’ itself means ‘to hide’ or ‘to be hidden’ Like humans, they have gender, they have families, a hierarchy of command, moods and most of all, the ability to differentiate between good and evil. Although Djinns can live pretty much anywhere, even in your bathroom, they prefer places like ruins and tunnels. Bazaars seem to be another favourite haunt which is why folk wisdom warns against being the first to enter or leave a bazaar alone. Also, Djinns have a predisposition for trickery. Their intentions may be harmless, but they love messing around with humans just for kicks!

Armed with this information, I zeroed in on Jamali Kamali for my first stakeout. The Tomb of Jamali Kamali sits in a quiet corner of the Mehrauli Archaeological park.  Jamali, one of the tomb residents, was a pretty well known Sufi saint from the time of the Lodis but nobody really knows who Kamali was. People speculate (as people are wont to) that Kamali was a pretty young boy the saint had lost his heart to, and while nobody knows if it was a , ‘Saath ji nahi saken, mar toh sakte hain’ situation, it is true that they lie entombed rather uncomfortably close to each other now. It appears Djinns like a bit of a scandal because not only have unwary visitors reported sudden flashes of white, whispers after dark and getting slapped out of nowhere in the vicinity  of the tomb but there are accounts of Fakirs calling upon and conversing quite casually with Djinns late at night. 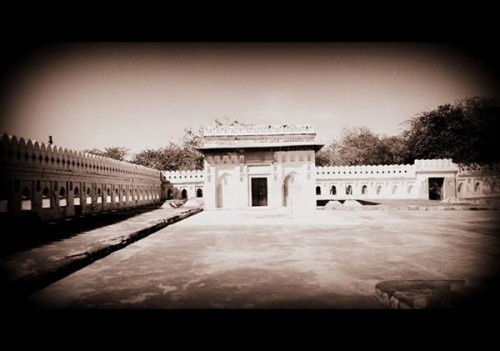 We reached the Tomb an hour before dusk. The compound was strangely silent, no visitors at all. A lone guard from the ASI, a slightly oldish man, seemed very happy to see us. I got down to business right away and asked him if he’d ever had a ‘djinn experience’. He smiled wryly and said ‘One cannot stay here for long, unless one is allowed. They have made their peace with me, as I have with them.’ Wow! Talk about being cryptic! We lingered there for a while; the place had a great stillness about it. The leaves of the solitary tree in the compound hung frozen. The only thing that moved was a large black dog. It came towards us, sniffed our outstretched hands and settled down a little away, its eyes following us as we got up to leave.

The word ‘ Djinn,’  I read later, is a catchall term for an impressive variety of ‘fire beings’. Effrits, for instance, are a class of djinns that are known for their strength and cunning. It was an Effrit that brought the throne of the Queen of Sheba to Solomon ‘in the twinkling of an eye.’ And then there are the blue Maarid, the most powerful of Djinns and also the most magic savvy. They’re the original wish-granters. Aladdin’s blue genie, if he were to be classified, would be a Maarid.  The Si’lat are expert shape shifters and the smartest of djinns and in folklore are mostly portrayed as luscious women. But all Djinns can shape shift; their most preferred form? Dogs! So was the visit to Jamali Kamali a success, djinn-wise?  Hmm.. 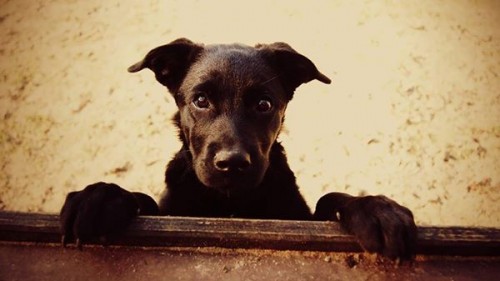 The reinterpretation of dreams!