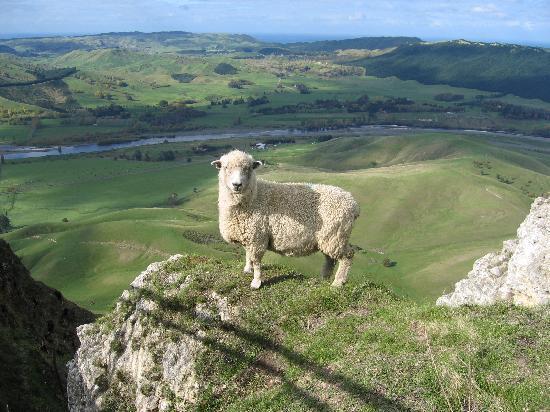 New Zealanders travel, we travel for long periods of time. We don’t just book into a resort so we can drape ourselves in muslin all day and gorge on umbrella-laden drinks. We like to get amongst it. We strap on a 20 kilo pack and trot around the globe like little turtles. We sleep in ram-shackled accommodation. We would rather sleep with a couple of sizeable vermin to stretch our South Pacific Pasco than blow the lot on a short burst of luxury. Holidays aren’t laying poolside in your banana hammock Speedo’s, it’s enduring 20-hour non air-conditioned bus rides to catch a glimpse of a sunrise over some ancient temple in the middle of Timbuktu. Good travel stories contain blood sweat and tears, not how many buffets you ate in one day.

In New Zealand in our early twenties there is a mass exodus. It is time to get off the tiny rock in the pacific and go check out what the big people are doing in the northern hemisphere. Most of us Kiwis land in London to be swallowed up by the masses. Suddenly we are a very small fish in a big dirty pond and we love it. Some of us like me end up in other places with wide eyes and an eagerness to fit into a new culture. Not until have we attempted to drink all the beer in Europe do we return to New Zealand with blurry eyes and months of rehabilitation trying to fit back into our tiny pond. Some of us head over to Australia, widening that pond ever so slightly. 4 million people live in New Zealand. Another million Kiwis live in Australia and another million are flung to all corners of the globe, not daring to venture back to the tranquility of home. The saying goes “the grass is always greener” but the reality is you don’t get greener grass than New Zealand. It’s like crack to cows. Farm animals around the globe grunt tales about the lushness of the NZ pastures. Roy Rogers once sang “Home home on the range where the deer and the antelope play”. Well here in New Zealand there ain’t no range galloping antelopes and we have only a small smattering of Bambi wannabes but what we do have is sheep. In fact if you lumped all the sheep in New Zealand into a ball and rolled them into the ocean they would absorb 75% of the world’s oceans. This fact may be one I just made up but the point I am trying to make is we have quite a few of the fluffy things laying around. In the 1980s when big hair was big and wearing Speedo’s was not an act of pure evil, NZ had 3 million people and 120million sheep. These were the good old times when we would all sit around knitting our own bicycles and our morning cornflakes would come with a side of lamb chop. These days the sheep population has been decimated to a mere 70 million and the NZ population has reached a staggering 4 million strong. Contrary to what most Australians will tell you, we neither date, marry nor fornicate with sheep. We do however like to dress them up as wolves for a laugh and they do make excellent drinking buddies.

Like sheep Kiwis congregate in masses when the rugby comes to town. When overseas we crawl out of our nooks and crannies and head to the local pub to join arms and celebrate the smashing of bones into dirt. Rugby is what we are good at. There is a belief in winning that does not resonate in many of our other sports. We punch above our weight and as a small country, rugby represents what we are most proud of.

As a kid there was nothing more exciting than being woken up at 1am to watch a Rugby match between The All Blacks and England. Whilst rubbing the sleep from my eyes a piece of vegemite toast would be thrust into my mouth as I positioned myself as close to the potbelly stove without catching fire. Dad would be spread across the couch with his dressing gown unceremoniously hanging open revealing some kind of wild animal. Mum turned into a toast-buttering machine and then the Haka would start sending early morning shivers down my spine. You can blame rugby for a lot of our idiosyncrasies. No nonsense, hard yaka, mud and rain, beer-drinking men who think nothing of pressing another man’s face into the dirt for his country. Humble to the last TV interview, thankful for the opportunity to just play the sport and a duty to educate the young about honour, patriotism and camaraderie. I maybe starting to sound like an American but the difference is if I decided to voice these opinions I would get a smack in the mush and told to drink a cup of concrete and harden up.

I love New Zealand; I love the clean air, the rolling landscapes. I love the humbleness and the pure grit and determination of the people. Most of all I love my family and my friends. It’s the history you have with these people. The pure joy you get living beside someone sharing the highs and lows. It is also the memories that glue you together attaching yourselves to one another.

So why is it that in the last 16 years I have decided to live abroad for 7 of them? Simply put….adventure. The lure of something different. Making the daily grind not as mundane and to fit as much wonder into my life as I can. For me Home is where I am the happiest at this point of time. Home is also where your better half is. Edward Sharpe sang, “Home is whenever I’m with you”. I think he was right and I am just lucky enough to have found a partner that also has that same sense of adventure. Thinking too far into the future muddles me up. There is nothing like the present and if this present takes me to a far-flung destination then so be it. Most expats I know tussle with the option of being back by their family, buying a house, saving for their retirement and doing what ninety percent of their friends are doing. Most expats I know also feel pretty happy about being exactly where they are. It is in our human nature to question our own happiness and wrangle with the guilt and feeling that we have just run away to escape reality. Reality is where you are exactly now and if this makes you happy then so be it. I know in time that I will once again return to the beautiful shores of New Zealand for another stint. I also know that my feet will again begin to itch and another exotic location will slowly appear on my horizon. The world is small and getting smaller, my life is short and getting shorter and there is still so much to experience.

Encounter with the Masai tribes of Kenya