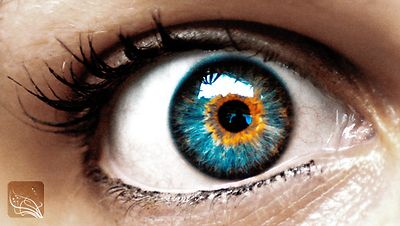 Toots, he had met in the chat room on ‘Books and Literature’. She seemed well-read and intelligent without being pedantic and they had bonded instantly. He had done his fair share of reading (of popular fiction, mostly) but couldn’t call himself a literature aficionado. He admitted as much. He had expected a hint of snootiness at this, but there was none. Toots seemed easy-going …ready to accept people without being judgemental. He had sent his photo.

She had complimented him as much as a decent girl’s tongue permits. Then he had blatantly asked for hers. She had sent one (the first he had been beholding) in the morning. She looked stunning.

The next day, he had told her that when she was online. ‘Thanks’ came the simple reply. He kept repeating himself like a stuck tape- it really couldn’t be helped. Emboldened by anonymity, he had blurted ‘Do you have a boyfriend?’

‘How come?’ he persisted, ‘You are so gorgeous’

She had left abruptly without any explanation or excuse. Had he done anything to offend her? He thought women loved being complimented. And he genuinely thought her pretty and many other nice things.

The next day, an instant message reached him along with photograph 2 in which she was leaning on a crutch.

You’d asked me yesterday why I’ve never had a bf in spite of being gorgeous or whatever. It may be that I am not liked for what I am. There is a chance it could be polio.

He had blocked Toots out of his mind. He sat next to Sumana on the park bench. She was reading Raja Rao today. She snapped it shut, opened her tiffin box and began to eat her bland curry rice with a methodical precision that some how irritated him. It was remarkable how this girl fascinated and repelled him at the same time.

Sumana was the kind who was generally considered ‘mature’ for her age. Which simply meant that she was self-opinionated (insecure on the inside?), easily offended and never ever got a joke. Yes, she was an averagely good student. SK and Sumana’s families knew each other and it was generally assumed that they would eventually get engaged. It was true that she was currently his student, but nobody really minded. Sumana would pass out of college in a few months and besides the final exam papers would be corrected by the BU, not him (not chance of his being partial).

Sumana was in a mood of scholarly reflection, contemplation and analysis.

‘Nisha refers to Prof. Deenabadhu as Dandy’. The others giggle but I don’t find anything to laugh about’. She pushed her branded glasses higher up on the nose. ‘I mean why Dandy?’. ‘What could be the implication behind the moniker?’ her face was seriousness personified.

‘Ha ha. Who Knows. You are the best judge of your friends’

‘How’s the play going?’ he asked after a while.

Sumana’s face had turned beet-red. SK feared she might be having a heart attack. ‘I quit. The role wasn’t suitable’

‘Or was someone else getting more accolades than thou at the rehearsals’. The thought had sneaked in. SK brushed it aside hastily.

‘You did right, my dear’, he said aloud, ‘You should only get involved in projects you have conviction in’

Sumana’s face softened. She gave SK a brilliant smile. SK was happy for the moment. Even if he knew his joy was plastic.

He suddenly felt woozy as if he had taken a peg or two, ‘You know, Su…,” he said out of the blue. I hate Shyamalan…he won’t let me teach the way I want to, the STUFFY OLD ASS’.

Sumana looked stunned. Then laughed loudly out of pure shock.

This instant he saw it again- the eye- this time a child’s, nevertheless with a mighty flash that blinded him. Then it became an audible baby’s rose bud mouth and it blabbed in its eerie childish voice.

‘You Twerp, you unethical twerp. Finking on your senior in front of a student. Fie…fie on you, you moron!’

A series of buzzes like the one on his Yahoo Messenger Menu bar panel rocked him like an earthquake.

‘Stop, for Heaven’s sake stop’. I’ll conduct myself better’, SK pleaded, his arms and legs flying hither-thither. ‘Sorry sorry, he kept repeating not having noticed that the tectonic motion had ceased. Sumana was looking at him worried. ‘SK, are you alright?’.

‘Huh?…yes’, he blinked in a disoriented manner. ‘I thought you were having an epileptic fit’. SK smiled weakly.

SK couldn’t get this spooky episode out of his mind. What in the world was happening? His hands went cold, coarse and clammy like wet-leather; rubbing them together proved useless- it only caused abrasion. Was this the impact of having taken on more than he could manage at work- he shouldn’t have acquiesced to handle final year degree classes- maybe he should have waited for a year or two before…or was this the benediction of abnormal psychology itself…no, no that couldn’t be. He hadn’t faced this kind of crisis when he was a student of it. Maybe this was God’s way of punishing him for his little solecism. He remembered a little shame-facedly as to what he had said about Shyamalan. He would try and be a little cautious in the future.

He had no classes to take that day. He started ruminating on the meaning of life and such-like. “Life isn’t towards anything, it just is”- where had he read this?- yes, a quote from ‘Fly Away Peter’, a book by Aussie writer David Maloff. Toots had recommended the book to him.

These thoughts were clearly an unhealthy sign. Phoning his parents wouldn’t help. They didn’t connect the way they used to before. His mum had nearly garroted him when he had expressed that he intended making Bangalore his base- but what could a progressive young man like him do? He thought Bangalore more happening than snoozing laid-back Mysore could ever be. Both his parents held jobs there. They’d planned to settle there after retirement too. Whoever had named Bangalore Pensioner’s Paradise?

He talked to mum once a week. Dad was a man of few words. There was really nothing to say or be said- call it lack of coordination, alienation or generation gap. Mum and dad were not so old that they needed help. They seemed quite alright on their own- they had many friends.

He needed someone. Not Sumana. Not his pal, Prof MMN.

He wrote “Toots, Sorry, I was out of town for two weeks. He requested her for her mobile number. She obliged.

But SK couldn’t call immediately. He would imagine their scintillating online conversation but some how the sound of her crutch would confiscate his attention… it would tap tak-tak as he imagined her walking to and fro her terrace while she spoke to him and its steady beat would grow louder and louder and start pounding his brain until concentrating on her voice would grow impossible.

During nights he would dream of talking to the petite creature.- The park would turn into woods with cypresses such as ones he’d seen in English movies (why cypresses he wondered, they were supposed to be associated with sorrow, weren’t they? or was it mourning?) She would metamorphose into a woodland nymph and would amble around the trees, across the brook, over the hillocks. He would follow her bewitched, then mingling with Pan’s melody would be her horrible wailing. He reaches her wondering why she was crying to find no Toots there but a lone crutch shedding sad metal tears.

A journey that never ends- our life
Switch- Planning for a career switch?