Switch- Planning for a career switch? 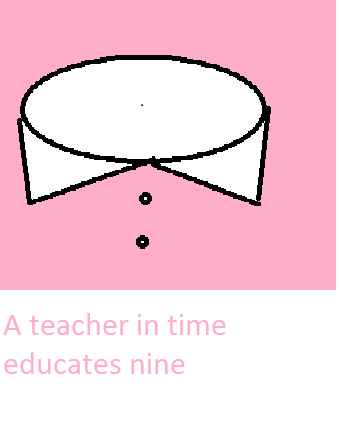 “So what do you want to be when you grow up?”

Back in the good old days, the answer to this was pretty simple and straightforward, because the options were quite limited. Girls wanted to be married. Ambitious ones wanted to become teachers. Boys wanted to be doctors. Or sometimes policemen. As time progressed, the answers started getting slightly more “sophisticated”, for the want of a better word. Kids today want to be more than just doctors and engineers. They want to become scientists, pilots, even astronauts, fashion designers, journalists and basically anything that might be in vogue at that time.

I had wanted to be a teacher for as long as I have known myself. While growing up, any time Ma went out was a chance to play “Miss-Miss”. And the chance was zealously seized by wearing one of Ma’s saris and hanging a slate on the wall and teaching every subject possible to my imaginary classroom of particularly naughty students who had to be told to keep quiet all the time. And then the Pond’s Dreamflower ad came in where the playful teacher wore this beautiful pink sari and laughed along with the students. The desire turned into determination. I was going to be a teacher. I was going to wear a pink sari and be all playful with my students.

Then pre-college jitters struck, and Usha Alburquerque’s The Penguin India Career Guide was brought out of the shelf and dusted and perused for information. Journalism sounded good, but thanks to television all I could think of was men and women in white kurtis and “jholas” on their shoulders. Hotel management, which was a fairly new concept back then sounded pretty okay. The winner however was the all encompassing Home Science. From diets for the convalescing to removing ink stains, that seemed like the best subject a girl like me could hope for! But before the seed could even germinate, the ballot was struck. Science stream it has to be. With the royal combination of Physics, Chemistry and Mathematics. And so I joined the bandwagon with almost a 115 batch mates in an exceptional batch of students where almost everybody had passed the High School Leaving Certificate Examination with above 75%. My post-college options were then brought down to two. A bachelor’s in Physics or in Statistics. And in wasn’t mere co-incidence that while my mother is a Physics graduate, my father taught Statistics. So, at the end of my Higher Secondary the route for my future was to be a B.Sc, an M.Sc and then a PhD. The “Dr.” title never looked more appealing.

Three years of doing a Bachelor’s in Physics with Honors and passing it with a first class was all it took for me to develop a distaste for the subject. Let the whys and hows remain unasked at this juncture. I needed all of a year to decide on the next course of my career, and the only thing that I knew was I didn’t want to have to do anything with the sciences anymore. In the course of that year, I researched practically all options I had. I even decided I would get a whole new Bachelor’s degree in a subject of my liking this time (Psychology) and become a counselor. I dabbled in call centers, searched for schools wanting music teachers (when else would my Bachelors in Music be of use?) and even wondered if I should just go ahead and get my B.Ed since I wanted to be a teacher anyways. Oh, and I should probably mention the airport ground crew phase I had, where all I wanted was to dress smart and talk smart and earn s*** loads of money.

As always the ballot struck again. I had to “complete” my education first. Which meant getting a Masters. And as Physics no longer remained an option, I pursued the next best thing: Computer Applications!

Three more years of cribbing and complaining about how much I hated computer applications and then doing a project on artificial intelligence (and no less!) and I was finally free. What remained was the all important question: Free to do what?

As I was growing up, one of the standing jokes in our family was that Dad would get me married if I don’t study, and I had taken it quite seriously. What happens to be the irony of my life is that the moment I completed my education, I was married. And my knight in shining armor swooped me away to the far far land of Vietnam.

Vietnam, and no less, let me tell you.

Doing a job which required me to code and test software was something I would not consider even if that was the only option left. Not knowing the language meant I wasn’t capable of doing most of the jobs that I could have done back home. And then the old voice started singing again: You can be a teacher now! Even when the voice of reason started saying I needed a qualification for that too, help came in the form of online research on various TEFL (Teaching English as a Foreign Language) courses. Took me three months to decide on one (there are quite a few certificate courses) and a whole grueling month to finally become a qualified teacher.

Lesson learnt? Quite a few.

It is never too late to make a career switch. Some wise person once told me, “Nothing is worth throwing ‘alive’ time after dead” Every minute you spend doing something you hate is a minute you take away from doing something that you love. In the end, no, actually right from the beginning, it should be about knowing what makes you happy. I could have been actually earning by now had I been in India with an MCA, but I know deep in my heart I would have been dying everyday. I am yet to start teaching professionally, but even the thought makes me feel liberated. And the most important thing? Keep your options open all the time. Who knew that after six years of slogging to get two degrees, the thing that finally is going to get me my bread is my education in an English medium, a voracious appetite for books (boosts vocabulary like nothing else), my love for singing Western songs (again, improves pronunciation like nothing else) and a month-long course in teaching?

The Versatile Eye Part II by Lasya Shashi mohan
An anonymous letter from a mother to a daughter.