By Siddhesh Kabe ( Sid is a humorist and you can read him at www.sidoscope.co.in)

“Crime is a subjective term. A crime for one could be a revolution for another. Stealing a loaf of bread can be a robbery or means of fulfilling their hunger depending on whose side you are willing to take. There will be laws, there will be society, there will be an ‘empire’ and there will be someone who will always have a disagreement with the ruling majority,” her voice rose to a very high pitch.

The entire courtroom was silent as the dramatic persona was speaking from the witness stand, “Oh if having a good fashion sense is a crime, then blame me, I am the criminal, if wearing proper clothes for proper occasion is a crime then lock me up forever, for I am guilty…” 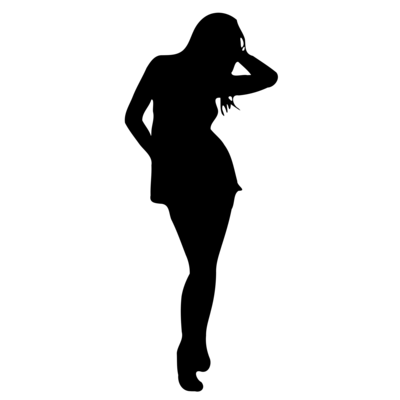 The public defender looked at her, not believing what he was going to speak next, “Err… you killed seven people in cold blood.”

“Yes, but they all wore pyjamas. Not a single one was properly dressed,” she shrugged, “It’s not that I killed someone decent. The lady number five wore a nighty to the grocery store. Just imagine walking 7 blocks in your nightgown… oh the crime!” another dramatic pause.

“Cross question her…” judge said yawning, “Do it fast. I have a lunch date… appointment”

“Well… alright, alright!” the lawyer turned to his table to bring up the papers, “So you admit killing those people?”

“No!” she screamed, “Of Course not, I did not kill them, per say,” she said, “How gross is it to kill someone! You get that sticky blood on your hands and however you wash the smell remains. Your clothes are spoilt.”
“So you plead not guilty?”

“Oh lock me in jail, I am guilty…” she exclaimed dramatically increasing her voice, “I have committed millions of crimes. I have at times worn a brown mascara over a green dress! Oh kill me for that…”

The lawyer looked at her in disbelief then turned to her defence lawyer. Busy texting someone from her iPhone, she looked up. “Don’t ask me. I didn’t object.”
“How do you plead?” the judge asked the defence lawyer.
“Oh right, not guilty…” her lawyer spoke.
“But the evidence is here, the witnesses are here. She was caught throttling her last victim in plain view in front of fifty courtroom members…” the public prosecutor spoke, “You want to go on trial with that?”
“Whatever!” the defence lawyer said, “We plead not guilty. We have no witness, no evidence to validate our claim.”

“But…” the public defender looked at the lawyer in disbelief, “Seriously?”

“You have to prove her guilty,” the defence lawyer shrugged, “Or let her go…”
“Oh lock me up forever. I am a criminal” she screamed, “I have committed a crime, lock me up forever… look at me in this stupid plain jail clothes…”
The public prosecutor banged his head on the stand. He looked up straightened his shirt and hair and took a deep breath, “Alright then, you plead not guilty but you will not prove anything. Fine then, I will prove to the court that you are guilty.”
“Do it!” she screamed, “Prove to the world I am guilty, Prove to everyone I am guilty. You can lock me up into any prison in the world but you can never lock me up in these hideous clothes. You with your false courts and your false laws! For seven years I kept writing to the authorities of this glorious country. I wrote to the chief minister, to the home minister, to the minister of textile, to the prime minister and even to the janitor of parliament! Not a single person answered my letters…”
“What has that got to do with anything…?” the lawyer asked feebly.

“Oh the horror, you request to the authorities, you beg them to make bad dressing sense a crime in this country. How dare you let a man wearing a silk over dress and a cream coloured dhoti walk the streets? But no… all of them were busy with their corruption…” she screamed.
“You did what?” asked the public defender.
“I did… I wrote countless letters to every department, starting from the textiles to the agriculture. I even wrote to the women welfare division… how could a woman wear a silk chiffon blue sari over a yellow blouse…. oh the image is terrifying…!”
The public defender shouted, “Objection my lord…”
Her lawyer suddenly jumped in shock and the iPhone jerks off from her hand, “What?”
“You can’t object to your own cross question,” the judge growled, “Finish this fast. You have the evidence, you have the witness. Just get this over with…,” he said looked at his watch.
“Right then,” the public lawyer said, “My lord, here we have a sinister criminal who has killed seven people in cold blood and is clearly not repenting the mistake. The cops have caught her red handed in her act, we have material witness here who saw her throttle fifteen people and leave them there in the pool of blood…”
“Oh dear!” she screamed, “That’s horrible… I did no such thing.”
“The cops saw you at the last crime scene, you were holding the dead body,” the lawyer screamed, “You were caught with the dead man’s shirt in your purse…”
“Pfffft…” she shrugged, “Call me old fashioned but wear a khaki shirt over a maroon pant and you deserve to die…”
“So you killed him?”
“No, that would be horrible, I simply was changing his shirt…” she replied.
“You are telling me, you saw a dead person lying in a pool of blood and you walked over it to change his shirt, why?” the lawyer asked.
“I couldn’t tell the dead person to change his own shirt, now could I?” she said holding her head high, “That would be so rude. Mannerless fellow!”
“I cannot believe this… is there anyone in the court who does believe in this?” he asked looking at the audience.
Her lawyer shot her hand up from the bar.
“Not you…,” he exclaimed, “You obviously believe in her…”

“What sort of mockery is this?” the judge screamed at her and her lawyer, “I can hold you both for contempt of court…”
“No my lord,” the public defender said, “If you hold them both they will again stand trial. We will have to again face them. I cannot do that.”
“Why are you so melodramatic? See my purse over there in the evidence? There is a receipt for a new shirt I purchased from the store in the corner…” she exclaimed.
“You purchased a new shirt to give it to a dead person?” the lawyer asked.
“Look at you, you death racist, a dead person is also a person. He also has a will to look good. No one wants to die wearing khaki and maroon pants,” she corrected him.
“I was only helping him, if having good fashion sense is a crime,” she screamed, “I am guilty of it!”
No one was listening to her anymore.

Rape and responsibilty
Silence among the echoes