Of late there have been lots of discussion and debate on the issue of punishment for rape. Many favour the severest punishment for the perpetrator, as in castration. 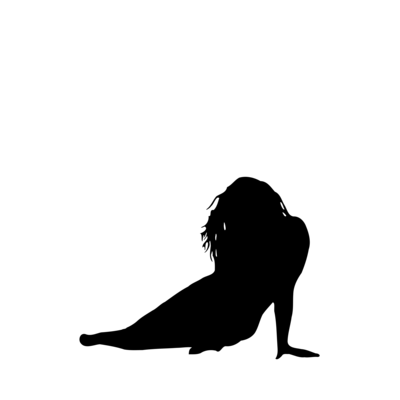 And while the debates continue, there are also a demented few who hold the victim responsible alleging that they were being provocative. Outrageous isn’t it? If provocation is the issue then being a female itself is a provocation! So what will you do? Shoot us? Not that people have not tried that; Female foeticides, dowry death, domestic violence; but today, we shall just restrict the discussion to Rape.

So, while some demand capital penalty, there are also many who have their reservations. And that is because they are unclear about what defines rape. Is the definition of rape complete? Complete with no loopholes and with a nil margin for false accusations? Well as far as definition goes, maybe there are some points which aren’t as clear or transparent as they should be. It had been under the scanner since long and different nations have come up with different definitions for it at various time frames.

Coursing through the journey of rape and its legal definitions and implications throughout the world, was like opening a Pandora’s box. What was earlier termed and understood in simple language as ‘sex’ has now been redefined to include a broader perspective and to include rape of minors and all sorts of possible criminal activity related to sex without consent so that no offender can go scot-free. Terminologies differed from country to country and even during time frames. To give you an idea I will just fly through some of the facts I learnt from Wikipedia before zeroing in on what it is in our own country. Not very smart I know, but convenient and practical.

Rape was an offence under common law in England and it naturally was passed on to the colonies of the British Empire.

“Under this law rape traditionally describes the act of one party forcing another to have sexual intercourse with him or her. Common law rape required the utmost physical resistance by the victim, as well as substantial force by the defendant.”

As you can see it was not exactly a perfect definition and it did undergo amendments later on. In Canada it is not termed as ‘rape’, rather it is termed under sexual assault.

And so the changes continued with focus shifting at various period of time about spousal rape, sodomy and statutory rapes, Actus rea, Mens rea pertaining to rape. But finally after much thought almost all nations did seem to have come to a common consensus on what constituted rape fundamentally, irrespective of the legal terminology and definitions. But yes it was interesting to observe that offenders though punished without fail, punishment seemed to be lax in each of the countries and only few of the convicted seemed to complete their prison term. Hardly any major deterring action!

Consent or rather lack of consent has been a very important factor in the definition of rape. Consent obtained by threat, coercion or obtained when the victim is not in a state to understand her action as in drugged state or mentally challenged or by fraudulent means have all come in the purview of rape. And this is the first loophole that I detected. There was a conviction in 2008 and again in 2011 when it was upheld that a man who had sex with a woman on the false promises of marriage was guilty of rape. In today’s time couples in love do indulge in consensual sexual relationships. Initially neither of the party is aware of their future and it is assumed that eventually they will marry. I in my very womanish way would like to ask what if the affair fails in the course of time, for whatsoever reason, will the boy be liable to be tried under rape? I have had failed affairs and I swear I have been upset at them but would I want them castrated? Hell, no.  Never! But again I realise that there are many who do take advantage of a female with the false promises of marriage in spite of being fully aware that the girl concerned wouldn’t have consented to it if not for the assurance of marriage. Sure try them for rape. They deserve it. But the catch is how do we know which is which?

Laws regarding marital rape are still hazy. Earlier questions about what differentiated rape from molestation has now been redefined and refined as sexual assault. Obviously you cannot measure a degradation or violation of a female. Can you map a boundary line on her anatomy and define areas as sexually assault-able and not so?

Elopement of minors? Some countries hold them both liable while in a few it is the boy who faces the rap.

And there is the question of false accusations. But again it is assumed that a female would never announce to the world of a humiliation or degradation that does not exist for petty revenge or for a few lame bucks. Would she? Nobody can say for sure.

So the debate continues.

And the debate becomes hotter when you move on to the punishment part. We are unanimous in that the guilty should be punished; Punished in a manner that sets an example and also psychologically serves as a deterrent to the others with such a bent of mind.

Many feel death is quick. Too clean and too easy! Again quite a few advocate castration. Now here is an eye-opener. Many have opted for voluntary chemical castration in western countries to avoid longer prison term. And you thought they would be devastated!

The principle of the punishment should be such that the perpetrator undergoes the same trauma, fear and humiliation that the victim had undergone when he had raped her. Her entire soul is ripped off, hurling her to the abyss of shame and hopelessness and creating in her a kind of dark impenetrable gloom lifelong. She is robbed of her entire being.

Rape is not about sexual pleasure only. It is an extreme form of bullying to the point of sadism. The perpetrator feels uplifted by causing her extreme humiliation. Chastity is considered to be the greatest virtue and possession of a woman and maybe that is the reason it is so vulnerable to attacks. If by some quirk of fate it is declared worldwide that henceforth a female’s greatest possession will be her hair, forget rape, you can expect a deluge of reports of attempted chopping off of locks.

Though personally (my choice and voice though doesn’t matter ), I would want him to be stripped of all his assets, all property, family, loved ones, his identity, his whole existence in records and leave him to fend for his own in an unknown country or maroon on an island.

Sounds very boring but in reality it is a horror. He doesn’t have an identity. He has nothing. And he is alone. Can he jump back from it? He has as much chance as the victim of reverting back to normal life in all fairness. But that was entirely my personal opinion and you may gladly differ.

Maybe the best option would be to hand over the choice of punishment to the victim herself/himself. She/he decides the severity and how she feels redeemed. After all it was she who underwent the trauma.

But again there is a catch with the severity factor too. There is the fear that a perpetrator might completely terminate her after the act fearing for the consequences. So fine mess we find ourselves in. One cannot be too lenient and again nor can one be too severe. It comes to ultimately prevention as in all problem issues. But no, bringing back a Taliban like regime doesn’t count as a preventive act! You cannot be democratic and also a conservative country at the same time.

Authorities need to sharpen their law and order act. If you can provide free sanitary pads and midday meals at schools, then I am sure spending a few crores on compulsory self defence classes won’t pinch the economy that much.

And to some of the guys out there (not all), I know it isn’t about sex or provocation. It’s all about bullying, venting out your frustration and boosting your male egos.

The girl in the Guwahati pub was not assaulted because she was dressed provocatively, but because she symbolised freedom, confidence and defiance. The blind girl in the Mumbai local train was not raped because she was a voluptuous teenage beauty but because she symbolised innocence, helplessness. Oh yes I know how the urge is. It is just like I used to feel when I was a kid and came across a sweet cute kitten. One look at its adoring large eyes and I used to have this urge to pinch it, squeeze it and hug it to death. But if I could curb that unholy feeling then so can you! Just try, for everyone’s sake.

The birth of a killer
The Beautiful Crime!