An anonymous letter from a mother to a daughter. 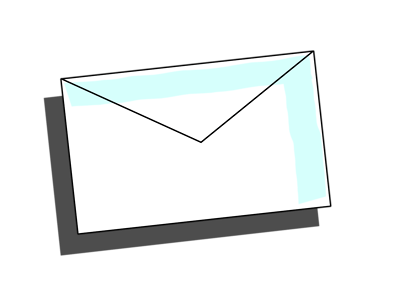 The meeting with your teacher went terribly. I was made to undergo the torture of going through your exercise copy from the first to the last and I must say it was fearfully horrible. Then I was narrated legendary tales of your disinterest in the going ons in the class , finally winding up with an hour long discourse on how to be a better parent, by the end of which all I wanted to do was just yell and yell badly at you. But one look at your angelic face and I swallowed my anger and sat down to think and think hard

Where did I go wrong? Why was I angry?

I have always thought myself to be a cool mom, who was not fussy nor did I push the kids and let them be.

No worry about career, academics… For that matter you could take up music or scuba diving as your career and I had thought that I wouldn’t even bat an eyelid

So what went wrong with me? Am I another of those moms that Aamir had waved a disapproving finger at in his movie Taare Zameen Pe.? Do I secretly want a 98 per cent? An IIT degree? And then I realised what was going wrong. Nothing! Nothing was wrong. What I felt was quite justified.  Expectations are totally humane, no matter what Aaamir Khan says. Why, if I am not wrong even you kids expect the earth from us. Super rich and super powerful – a cross between Donald Trump and Superman, that’s what you want your parents to be , if not already under the illusion that we already are them. Having said that let me come back to my moment of truth.

I realised what pinched me then. Yes of course I was ashamed of that scraggly , dirty , untidy piece of handwriting, but not because I wanted you to have the best of calligraphic talent. It hurt because I could not bear the thought of you with a dunce cap sitting it out in the corner of the classroom, while your classmates sniggered behind your back and that again was because I knew you were capable of far better work then the stuff I saw in your copy.

I know you inside out honey and I know music interests you. I also know that you would rather spend your time tinkering with gadgets than trying to master English grammar. Honestly I don’t mind that  but I would rather your teacher say “Madam your kid simply doesn’t have any knack for the numbers” rather than “Why doesn’t your kid try at all?” I would be shattered if I had to hear someday that you were insincere in your efforts and dishonest with your work.

I know you will say, “ Mom I simply am not interested” but my dear, even if you were to become a musician or a mechanic, you still have to sit in the classroom for ten straight years at least. Law of the land you live in, you see and while you are there I would like it if you tried patiently, yes my dear TRIED to be sincere with your assignments. I am not saying focus away from your music or from your tool box, but whenever and wherever you set to do something, I would appreciate it if you did that with best of intentions and with some decent amount of efforts.

Really , I will not mind if you decide to become a machinist or mechanic. I will not say that I will be elated, but yes I will accept it gracefully, with maybe just a faint hope that if only you turned out to be the Presidential mechanic. Alright, I was just kidding, but the bottom line remains that whatever you do , just do with it honesty and be proud of what you choose to be, otherwise everything turns out to be nought.  Like the lad who used to sell toothpick but used to call himself a timber merchant if you too call yourself machine analyst  after becoming a mechanic, ( just an example my dear) your being yourself motto simply goes down the drain.

So my final advice- Be yourself, but before that be sure you are proud of what you are.

Switch- Planning for a career switch?
Ground zero to seventh heaven- Aeronautics , is it?