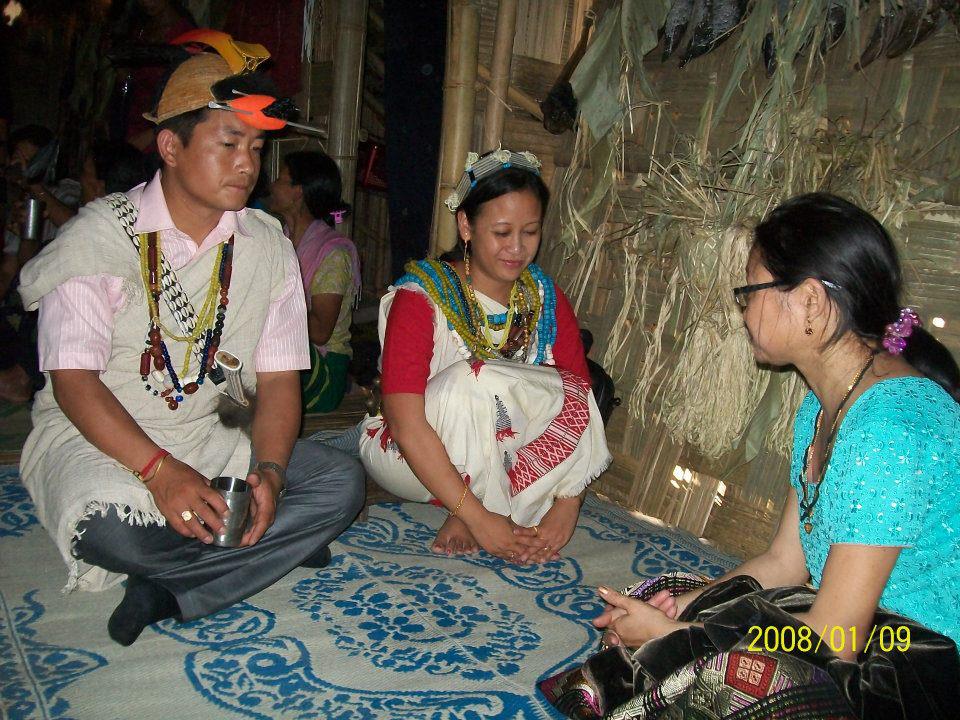 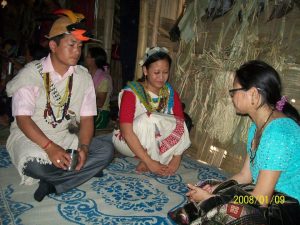 Colour is never lacking in the canvas called North East India, whose flashes and glimpses can be seen in its culture , traditions , customs and rituals.

Though wedding vows and prayers to one’s diety is an usual course of action in anything auspicious including weddings, but there are few customs and rituals that are unique to a particular tribe or state.

The women of the North East belonging to the hills or otherwise holds a honourable position in the society. They had equal participation not only in the labour but also had a say in daily or matters of importance.They had far greater freedom in mariage, divorce and other matters in comparison to that of an orthodox hindu society.

Those interesting trivia that we gathered will be an eye opener for you all.

In Meghalaya, the tribal society is matriarchal. Descent of a lineage goes down from mother to daughter and the husband after marriage has to go and live with his wife. Property belongs to the women and is inherited by the youngest daughter.

In many tribes, it is a rule for the groom to work for a few years in the father in laws house.

Amongst the Karbis, when the bride happens to be the only daughter of her parents, the husband has to shift to his spouse’s house.

The Reangs of Tripura and Sherdukpens of Arunachal do not encourage a second wife.

Though widow marriage is socially accepted, it is however advocated that a man or a woman will not remarry within one year of their spouse’s demise.

Reangs also discourages marriage between an elderly person and a young girl and insists on a proportionate age difference.

The fish is considered sacred and is generally associated with wedding rites.

The assamese bridegroom usually sends a big catch along with other gifts to the bride before marriage and fish is a must in the feast on the eighth day of marriage.

Manipuris too feast on fish on the fifth day of the wedding when the bride returns to her father’s house.

The Dimacha bridegroom has to carry fish to the bride’s home himself.

A ritual in a Khasi wedding  requires the priest to invoke the Gods and the ancestors by pouring wine on three pieces of fish.

For a commitment of engagement  to be considerd fully valid , gifts of fishes are necessary among the Mishings.

Karbis offer dry fishes to their ancestors during the course of wedding.

A manipuri wedding ritual involves releasing two fishes symbolising the couple and reading the future by the movements.

An Ao Naga usually settles his engagement to a girl of his choice by offering fish to the bride’s parents.

In some assamese communities, certain marriage ceremonies involve use of eggs.

The Aos sacrifice fowls at most phases of the wedding ceremony.

A Lotha bridegroom has to kill the bird himself and also prepare a curry.

Betel nut is an important part of Assamese traditions and occupies a place of honour due to its use in religious and social functions. It has a significant role in love , marriage and separation.

Invitation  to weddings are accorded with betel and nut.

Both the bride and the bridegroom has to keep bettle and nuts with them during the marriage , which are exchanged after the ceremony is over.

In some places, the seven steps that are part of a hindu marriage are placed on seven betel leaves.

In a traditional Ahom marriage the bridegroom as a part of ritual has to chew betel nut twenty one times.

And the list is inexhaustible but we will follow up with some more , some time later. Till then enjoy the season.