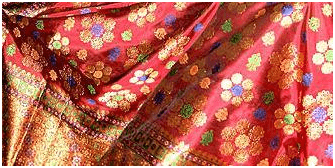 Silk and Sericulture in Assam, India

Pat, Muga , Eri- No, they are not the names of some ethnic dishes but rather as our friends from the North East India are aware of , they are the varieties of silk and silkworm found and cultured in Assam.

Along with tea and the rhinoceros, Assam is also famous for its variety of high quality weaves and silk.

The silk mekhela chadors (attire of an assamese woman) and the silk bridal wear are one of the prized possessions of the female folk.

Why only Assam, silk is in fact the preferred textile or fabric for special occaisions all over in India.

And with pride we say that India is the second largest producer of raw silk in the world after china. The four primary varieties of silk produced in India are Mulberry known as Pat in Assam, Eri , Muga , a varity of the wild or vanya silk and Tassar.

And it is again with immense pride , that we let you know that Muga which has a natural golden sheen is a unique and precious variety of silk, produced only in India , more specifically Assam. Attempt to rear muga worm in other regions have not been much successful.

But the pride ends here as we are far behind where the international quality of mulberry silk is concerned. We are again way behind China in terms of technology and disciplined production and finally we are yet to fully utilise the potential of the market.

Though we are the second largest producer of silk most of it are consumed in the domestic market and only a little amount finds its way to the overseas market. No wonder , Indian weddings are an expansive show of colours and extravaganza.

What we see as brocade, Jamawar and Varanasi silks in our weddings and festivals are varieties of excellent weaves, but you need raw silk to weave and this is what we are discussing today- the production of raw silk.

So the matter to be delibrated is how come we still haven’t utilised our full potential. Why so we wonder, because this is one agro based industry which requires low investment, that which registers a growth even in a small set up and also provides opportunities for employment to both skilled and unskilled labourers.

We have been blessed with a climatic condition that is conducive to mulberry silkworm cultivations.  At present the chief raw silk producing regions in India are Karnataka which is the largest producer of raw silk, folowed by Andhra, Kashmir , West Bengal, Bihar and Jharkhand and Tamil Nadu with Bihar and Jharkhand being the primary producers of Tassar, Assam with its unique Muga and Eri and the rest bringing up the mulberry silk worm production.

When silk first came to Assam during the Ahom rule, the Kings made it mandatory  for the people to cultivate mulberry trees and rear silkworms. Every family had a loom of their own and probably that is one of the reason why silk is still a part of the culture of Assam.

But during the British rule, sericulture like all other industries hit a low and the industry stayed back at the village level. When India underwent the Industrial revolution , sericulture and silk production made a comeback with a technology aided set up in Haora, Bengal, Karnataka and Kashmir. Unforunately Assam was left behind when the rest of India was being industrially revolutionised . So it thrived as a flourishing cottage industry,  out of sheer merit. There is simply no match to the Assamese pat and Muga , so what if the out put is low. And hence sericulture which was showing signs of diversification during Ahom rule, gradually became sectionified to a particular class of people known Katonis and Jugis.

Later  with financial aid from Government and non government organisations it has received a fresh leash of life albiet as a cottage industry . However as we said the full potential of the market is yet to be achieved.

There is a huge market in both the domestic as well as overseas sector. India’s market share in the global silk trade is around 4-5 % inspite of being the second largest producer. 85 % of the production is used domestically whose demand is increasing on daily basis and only 15 percent gets exported.

But before going into the potential of the trade and industry let us have a look at the strengths and weakness of the current status of the industry. Maybe that will help the entrepreneurs in identifying avenues where they can invest or contribute.

(as taken from the SWOT analysis found in an internet article we read by D. Gangopadhyay)

Looks like we complicated your stream of thoughts with the above techno jargon.

But All we wanted to convey was this that the silk trade or sericulture does have huge avenues in growth economically as well as generate employment in the rural areas and contribute to women empowerment. All that it needs as a boost is YOU as an investor or contributor.

But you might be wondering where do you fit in this? Well you can fit into it if you want as it is easy to fit into it.  (as can be seen from the strengths and opportunities column)

Did you know that sixty Som trees planted at thirty fet apart, grown on an acre of land could be sufficient to rear a minimum  of thirty thousand muga silk worms which would produce around 5 kilos of yarn? At present each kilo might be priced at upto Rs 12000 per kg due to low muga silk production which is proving costly to the weavers. Such a continued trend may threaten the muga silk industry altogether. Hence We need more growers, more entrepreneurs for the industry to flourish. 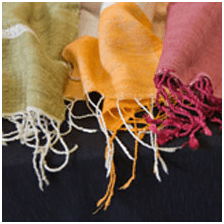 If Muga sounds complicated to you then one can always opt for the eri silk worm. The cultural operation of eriworm is easier and cheaper than mulberry or muga silkworm because of its quick growth , resistance to disease and extremes of climate. The local or tribal people are quite experienced about its background and operations and can be engaged in it as it does not require much technique or expertise. Since the rearing can be extended upto an altitude of 5000 feet above sea level, the eri silkworm rearing can be conveniently introduced in remote hilly areas  where there is abundance of castor, kessaru trees and production as well as employment hereby increased.

Take a look at the below. 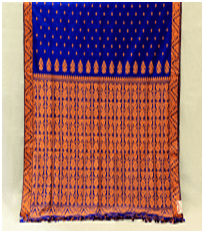 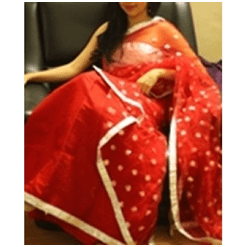 Aren’t they magnificient? Would you want them to become extinct? Wouldn’t you feel proud to see them on demand,  prized and loved all over the world? Then Pause, Plan and Prioritize this issue

With references from D. Gangopadhyaya’s Sericulture Industry in India http://www.nistads.res.in/indiasnt2008/t6rural/t6rur16.htm 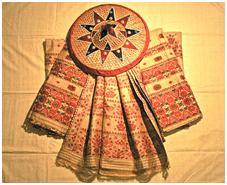 Some unique wedding ritual and customs of the North East India