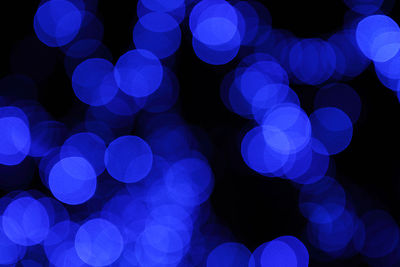 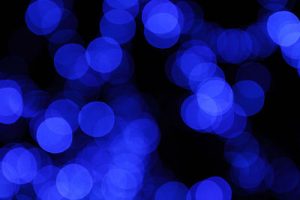 To create an ideal world…….one needs power… power beyond  conventional science. And like the dozen other notable biotech firms worldwide….NEXGEN was in search of that power…in form of a technology, potent enough to scale new horizons….and promising enough to add a few billion bucks maybe. But history has witnessed how power in the wrong hands had led to destruction…….and history repeating in the very premises of NEXGEN???…..smells like utter devastation!!

The night was cold. But as she got into her 3rd generation BMW CRUISE-X, it felt more like an incubator set at the perfect mercury level. What a relief, she thought. Everything was almost a blur, somewhat weird. Especially the part when the assistant director  accepted her resignation, the initial cold stare followed by a tight lipped smile….spooky, thought she.

The safety mechanism of the car made a double check on her, her identity being confirmed on the first occasion. The report came up in a fraction of a second…nothing unusual…except maybe an elevated pulse, dilated pupils…..alcohol and drug content levels in her blood were quite normal though. As the scanning device went dead, she initiated the auto-ignition mode and soon she was out of the multi-storeyed underground parking lot, on the express way. “Am a free bird” – she spoke out loud, all smiles, racing into the night.

“The name’s Emma Hutchons. Assistant chief scientist at the pharmaceuticals  giant, NEXGEN. Age: 27,  hometown….”- the sheriff went on. “Yeah yeah, hold on a sec”- interrupted Max, forehead creased, eyebrows twisted. “3rd death this week. All three of them scientists. All three worked for NEXGEN….too much for coincidence…”- mumbled Max. “ NEXGEN eh? It’s all over the news lately.”- said the older detective.

“NEXGEN– one of the leading pharmaceuticals  of the world, an epoch making drug manufacturer  dominates around 67.3% of the global drug market. It’s tie-up with the SPACE ADMINISTRATION a couple of years ago, working towards upliftment of the standards of space ventures, grabbed them many eyeballs, also propelling  them up the stock-exchange ladder. But it was  all short lived as the space administration dissolved the contract a year later. The reasons were unknown but the rumours suggested that NEXGEN’s experiments on developing an ultra-advance  synthetic  serum was an epic failure.”- narrated the older detective. “Well that’s what i heard too. Nothing new”- sighed Max. “First Dr. Gerrard Jones, then Dr. Synthia Burns and now another one of them to the tally, Dr. Emma Hutchons. By the way good work there, heard you got to the scene first.” The older detective merely nodded.

“It’s all very tragic…we’ve lost 3 gems amidst us….irreplacable loss…”. The director sounded very concerned. “ We have graver news. Forensic lab reports and vehicle autopsy indicates manual interference”- Max said. “What??? Are you implying a sabotage then?” The director was almost out of his seat. “Actually yesterday’s was the 3rd , to be precise”- the older detective made a quick correction. The director seemed winded. “We need information on what the 3 deceased were working on. Complete A to Z.”- Max went for the kill. The director turned his back to the detectives and moved towards the huge glass wall which overlooked the facility below. “I’m afraid detective. But that’s priviledged information. What happens in the labs below, stays there. It’s company protocol.” Max knew the drill. He ofcourse didn’t expect the director to blurt out classified info, not that early, atleast. “Director, people are dying, your own stock. Three’s the count, and we need to know everything to ensure there’s no fourth.”

“Can’t believe am working on a Sunday”- boomed the older detective. Max didn’t bother to comment. His scarlet eyes spoke of sleep deprivation. A gloomy, cold and windy Sunday morning outside, a perfect morning to doze off, thought Max. But  the director of NEXGEN proved to differ on that point. The old guy apparently injected himself a fat load of T-nanomites  and was dead in a five. The news channels were having  an early Christmas. Four dead people, working under  the same roof was the spice of the season it seemed.

“T-nanomites or termination nanorobots are a modified species of the P-nanomites. The latter was build a few years ago to aid in combating pathogens and destroy cancer cells in the human body. But there were reports of many flaws in the program and hence P-nanomites never really gained the popularity  as expected.”- the forensic expert pointed out. “What kind of flawsexactly?”- Max enquired. “Well nanobots designed to function inside human tissue cannot be replicating. P-nanomites was an exception to the rule. We don’t know anything more about them, but a P-nanomite replicating inside it’s host  is  definitely not Christmas, trust me”. Max kept nodding. “So what are these T-type nanobots?”- he asked. The expert cleared his throat and replied-“ all we know is that when the P-nanomite program failed to take off, NEXGEN came up with the T-nanomites, said it was a modification over the former and it had something to do with curing radiation poisoning and stuff am not aware of”. “Wait a minute now. You said NEXGEN build it?”- Max was undoubtedly curious . “Who better than NEXGEN?”- came the reply.

“….this is big…an attempt to compensate very little of the damage done….”. A wave of adrenaline swept across his veins as Max watched in awe the virtual tape addressed to him, the label clearly mentioned “to detective Maxwell Smith…”. But what really bothered him was the person in the tape. The familiar grey-eyed director, dead only a few hours ago. The sender was anonymous but the tape spoke for itself. Apparently the director had something serious to say. Something so serious and most likely  devastating  that he realised he’d be better off buried.

“……the contract with the SPACE ADMINISTRATION was signed with a joint objective of creating super astronauts, which was believed to significantly aid in space ventures beyond the boundaries of our solar system. The prime objective was to develop a drug that will ensure complete bio-equilibrium of the astronauts under extreme conditions of the cosmos. There was also a side project on building T-nanomites, the next generation nanobots which when injected would shield the human body from cosmic ray mutation, reducing the instances of radiation poisoning significantly. A year long marathon of experiments finally yielded the nano-drug, ACHILLES…….The desired equilibrium was achieved soon after registering ACHILLES….but the effect wasn’t long term enough……and the worst part was that we began to lose our test subjects soon after. A few hours into the program and the subjects showed strange reactions. All of them expired, and the deaths were way abnormal and horrifying. Initial symptoms of the side effect were observed after about four-and-a-half hours from registering ACHILLES, which were internal haemorrhage, collapsing nervous system and uncontrolled bleeding  through epidermal pores. And ACHILLES mixed with T-nanomites  when registered showed a different scenario. This time there wasn’t any external bleeding, but death was met quicker. The T-nanomites in presence of the drug ACHILLES sucked up the blood plasma and subsequent reactions led to extensive blood clot throughout the circulatory system.”

“Though the results were far from initial expectations……yet the invention of a killer drug did widen the business prospects of NEXGEN. ACHILLES if unleashed outside controlled laboratory conditions  is a threat to human like no other. The replicating nature of the constituent nanomites would result in widespread infestation eventually wiping out the human population across a very large radius.”

“It wasn’t the SPACE ADMINISTATION that withdrew the alliance. It was us.When the elite panel of NEXGEN was enlightened about the drug, the panel took great interest into it. It was the panel who ordered termination of the space program because they knew that in the underground market ACHILLES would fetch them a fortune beyond anything else. A team of three was formed under the board’s approval , with Dr. Gerrard, Dr. Synthia and Dr. Emma and they were assigned with the job of developing  an antidote to ACHILLES. Unleashing  the venom upon the masses…….the devastation that would follow….gave me nightmares. News of a killer drug was already out in the illegal market, with extremist leaders bidding astronomical figures on it. I could see only one way to prevent an imminent holocaust and that was by destroying the samples of ACHILLES.”

“There were three vials of the drug in our underground facility, monitored 24×7 under a humanoid survellience system and only the three doctors, alongwith me ofcourse, had the authority to enter the premises of the underground fortress. I authorised the team to incinerate every drop of ACHILLES and destroy all existing relevant data, and on the morning of 27th, I intercepted an encrypted audio message from Dr. Emma Hutchons, confirming that the mission was a green. My job was almost done….only one move remained…that of reporting the board of a serious lab malfunction causing the termination  of ACHILLES…..but that very evening Dr. Gerrard Jones was reported dead……i wasn’t alarmed at first….not until Dr. Synthia Burns followed the same, the very next day……it was all very confusing and horrifying ofcourse. So i decided to check the underground facility to ensure that the deaths had nothing to do with the drug, and then it all dawned on me. The post incineration analysis of the lab reported 20 ml of ACHILLES destroyed on the morning of 27th, whereas the total volume in the three vials was an exact 30 ml. With 2 dead people  and me on the gunpoint most likely…….Dr.Emma was the prime suspect. Her resignation was anticipated, and it aroused my suspicion all the more.

On the night of her resignation, the RMRI scanner in her car  detected some shocking results…yes, I had her car bugged and it all confirmed my worst fears. The missing 10 ml of the drug was found that night…..it was in her blood….her elevated pulse, dilated pupils was a match with the initial reactions of the body right after registering the drug. She had injected it all before leaving the facility for good. That was when i realised why progress of the antidote program that they were working on, was never brought to my notice. Must be Dr. Emma who managed it all,who very cleverly eliminated her two unsuspecting colleagues fearing exposure.”

“But her death later that night brought an end to my fears at once….the last possible strain of ACHILLES was destroyed with her…..or not. Your information was troubling , about her car being sabotaged…it all indicates that it doesn’t end with Dr.Emma afterall, but we’ve more people working on the agenda. Anyone can rebuild ACHILLES from a blood sample contaminated with the drug. If someone had managed to procure as much as a few drops of Dr. Emma’s blood that night…then i fear the future’s in sinister hands detective.”

The limo was parked exactly where it was supposed to be. “Am gonna be a filthy rich man”, he thought. He checked his jacket pocket once again, probably for the hundredth time that evening. The vial was safe and sealed, inside was a thick liquid- a blood sample of the late Dr. Emma Hutchons. His years in the service didn’t bring him money but did hone his skills at manipulation and pulling off homicides at ease. Luring the doctor  to smuggle out the stolen 10 ml of ACHILLES,ahh….the most sought elixir of the dark. Eliminating  her two colleages was easy………and so was sabotaging the CRUISE-X. With a bulky load of self satisfaction, he entered the limo. “An exchange of the vial for a briefcase stashed with cash,” he imagined.

The black stretch-limousine pulled away silently , leaving behind a man on the ground. Shot right between the eyes, the older detective lay dead in a pool of his own blood…… Meanwhile  the miniature virtual confined projector device on his wrist projected an image..that of a man who’d seen a ghost……………

“Rendezvous at the department now…..we’ve a code red…..i repeat we’ve a co…….Max’s voice trailed off into the cold night…..the fateful night of December 2nd, 2070.