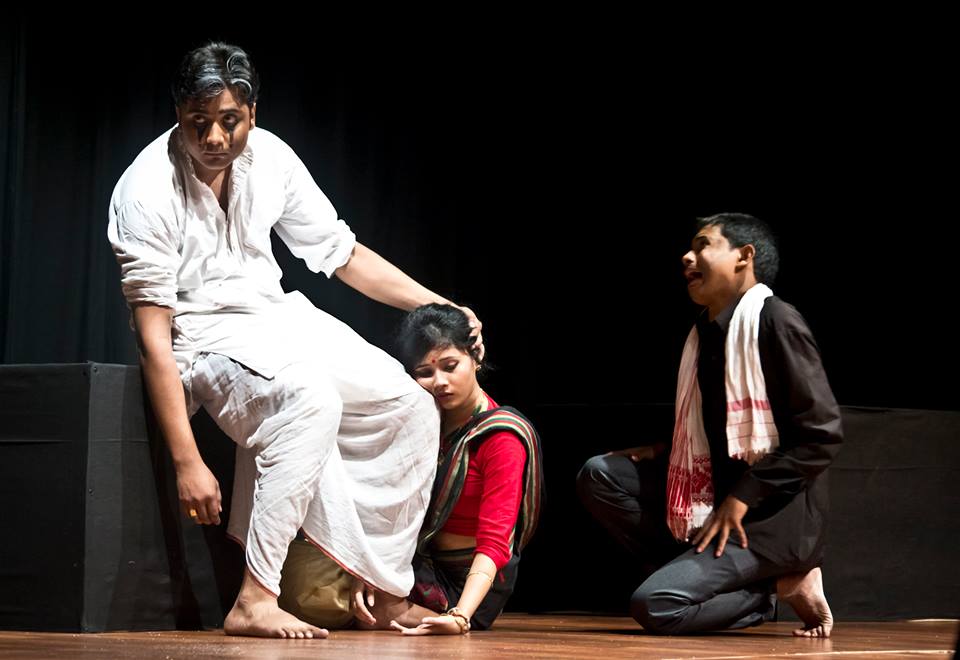 Adaptations, if not executed well, can become a disaster. And if done effectively, it not only creates a long lasting impact on the audience, but can also give a new lease of life to the original as well. Junj, a play partially adapted from Shakespearean tragedy Othello, tossed with a hint of flavours from the Mahabharata’, and fitted into the setting of a contemporary Assamese society, was staged by Krishti, a drama group from Tezpur University to a packed auditorium of a cheering crowd on November 21 in Baan Stage, Tezpur. Junj was one such fruitful attempt, which brought back the memories of the classic play, winning accolades from the audience.

The story centres around a rural socio-political scenario of Assam, where love, family, religion, caste, power, greed, self identity and honour clash with each other which results in a situation where nobody wins. Everyone falls prey to the devil inside them and in the end, gives away to their fate and karma.

Penned down by Manaswinee Mahanta and brought to life by director Himjyoti Dutta, Junj was a wonderful blend of a romance, tragedy as well as comedy teamed with dollops of satire highlighting contemporary issues of the society like casteism and corruption. An interesting feature was the interweaving of the essence of the epic Mahabharata by naming the main characters after the historic characters of the same. The lead character Arjun, his wife the protagonist Panchali, his mother Kunti, brother Yudhisthir, Karna the drunken lover of Panchali, and the devious mastermind Damodar, every one beautifully recreated the magic of Shakespeare in a desi style on the stage. The soulful acting, the apt background music, the dramatic lighting, the colourful costumes and vibrant make-up, all added to the play’s perfection.

Beauty and the Best